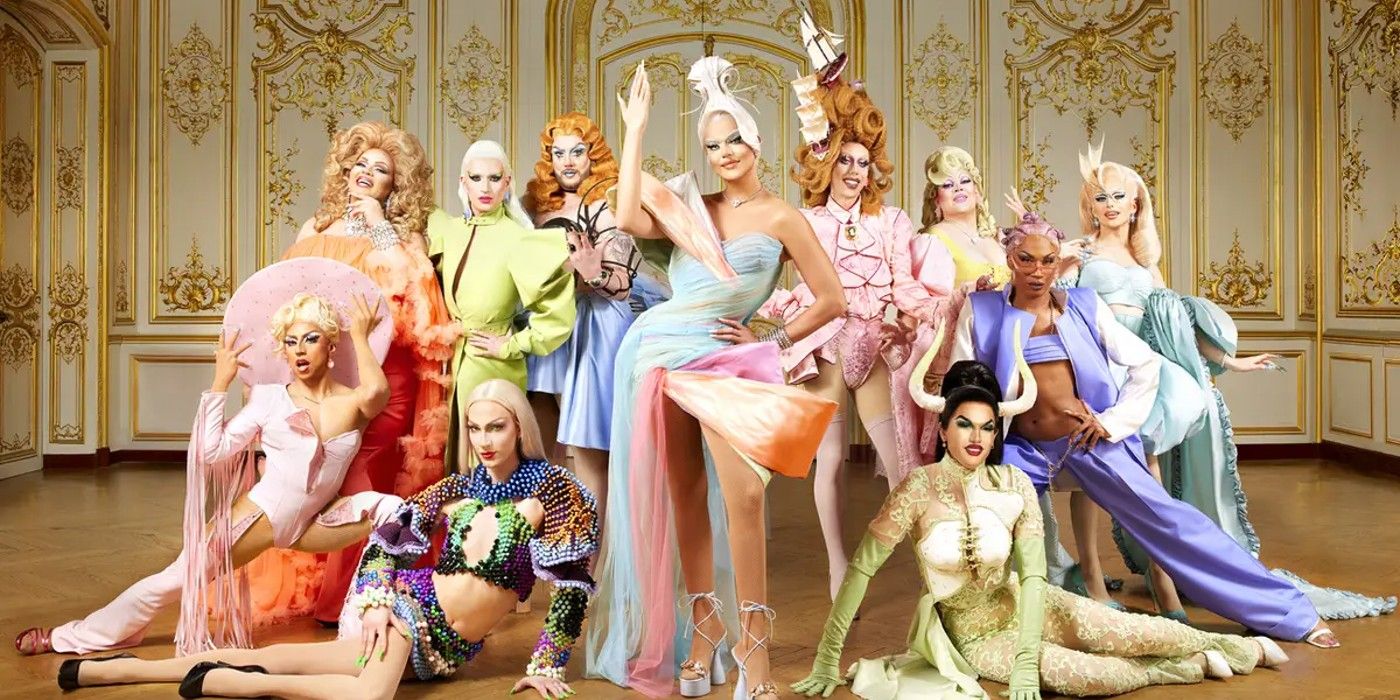 RuPaul’s Drag Race has expanded dramatically since it first debuted in 2009, and although some of the franchise’s international spin-offs aren’t given a lot of attention in the United States, fans online are obsessed with the first season of Drag Race France. Besides the main series’ fourteen completed seasons (with casting for season 15 ending in early 2022), RPDR has evolved tremendously into several American spin-offs, including RuPaul’s Drag U, RuPaul’s Secret Celebrity Drag Race, and RuPaul’s Drag Race: Untucked!  The latter series gives a behind the scenes look at each episode.

Due to the major success of RuPaul’s Drag Race in the United States, the series has expanded to dozens of countries, with Chile hosting the first spin-off from 2015 to 2018. Some of the most popular international renditions include RuPaul’s Drag Race UK, Canada’s Drag Race, and Drag Race Thailand. Other versions can also be found in other nations, including Spain, Australia, the Netherlands, Italy, and the Philippines. Sweden and Belgium will get their own versions of the show sometime in the future.

Now that RuPaul’s Drag Race All Stars season 7 has ended with Jinkx Monsoon winning $200,000 and the title of “Queen of All Queens,” fans are investing more time into other RPDR spin-offs. Drag Race France, which kicked off in late June, has not only captured the interest of audiences in France, but enchanted viewers across the globe. It’s a “high ratings” hit with fans and critics alike, A Reddit thread started by Jay-nius features fans who tuned into the original RPDR show. They are more than impressed with Drag Race France, for several reasons.

Before Nicky Doll became the host and main judge of Drag Race France, she competed on RPDR season 12 in 2020. The first French queen to appear on RPDR, Nicky was ultimately eliminated in 10th place. Despite her short run on the show, Nicky left as a fan favorite. and was especially applauded for her looks. While RPDR fans think that Nicky Doll and fellow judges Daphné Bürki and Kiddy Smile make a great trio, Redditors agree that Nicky has exceeded everyone’s expectations. Many people appreciate the fact that Nicky legitimately wants the queens to do their best, and offers solid criticisms in a kind manner. Others have praised Nicky for how she conducts each episode, and sets up every challenge and lip sync.

Speaking of lip syncs, Drag Race France isn’t the easiest show to catch online, but RPDR fans who have consistently tuned in have been particularly impressed with each episode’s, “Lip Sync For Your Life.” Although some songs have had their copyrights blocked outside of France (which has led to international audiences simply – and hilariously – listening to elevator-type music), fans online have praised the queens for their emotional and passionate lip sync performances. While there is a language barrier for those who don’t speak French (for example, La Big Bertha and Lolita Banana’s powerful lip sync to Yseult’s “Corps”) left judges, fellow queens, and viewers in tears.

RPDR and its international spin-off shows aren’t known for slacking on drama between the queens, but overall, the contestants on Drag Race France are incredibly cordial and uplifting towards one another, despite being in a fierce competition. Although some viewers think that Lolita hasn’t been given an accurate edit on the show, as a Mexican immigrant to France, other fans think that the queens are nicer to each other than competitors usually are on RPDR. In fact, many are applauding Soa de Muse (and the others comforting Lolita) after accusing her of being closed off. Drag Race France may be one of RuPaul’s Drag Race‘s newest international installments, but based on the reactions of French and international fans, there’s a (hopefully) high chance that there will be a season 2 in the future.

Next: Everything To Know About RuPaul’s Secret Celebrity Drag Race Season 2

RuPaul’s Drag Race has several successful international spin-offs, and its newest one, Drag Race France, has become a massive hit across the world.