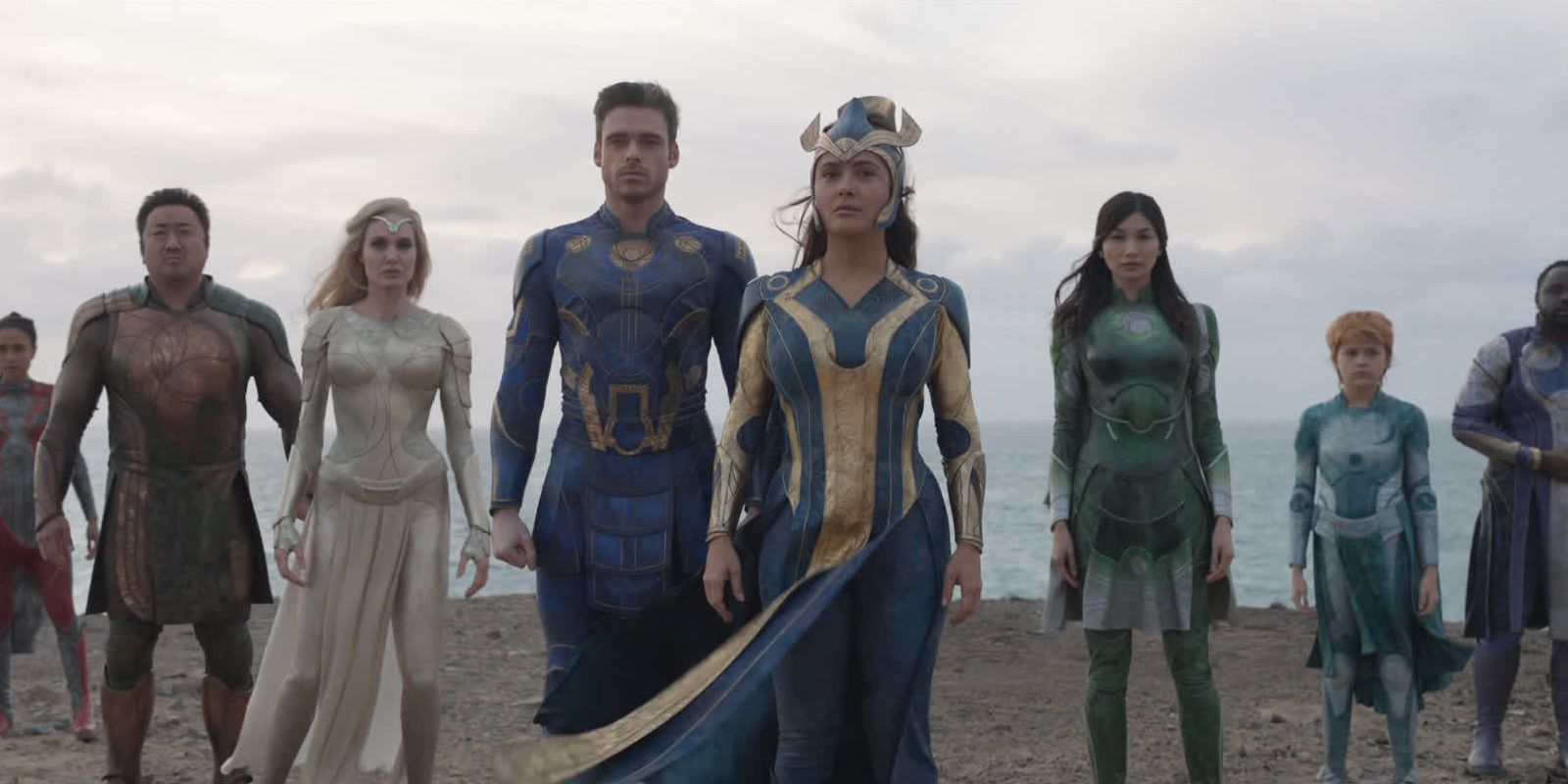 The films of the Marvel Cinematic Universe are divided into solo movies and ensemble team-ups. Kevin Feige recently announced that, in the MCU’s future, the team-up movies will be saved for the end of sagas. Some of these team-ups, like the Avengers movies, pull together heroes from their own standalone adventures to rally against a common threat. Others, like Eternals and the Guardians of the Galaxy films, assemble their teams right off the bat.

The team-up movies with star-studded superhero ensembles tend to be more rewatchable than the solo films that follow a standard “hero’s journey” structure. But some of them, like Avengers: Infinity War and the original Guardians movie, warrant more revisits than others.

One of the most polarizing MCU installments, Eternals is let down by its overlong runtime. A two-and-a-half-hour runtime would be forgivable if more happened in the movie. It’s established at the beginning of the film that a world-ending threat is a week away. Then, the Eternals just spend the rest of the movie sitting around, waiting for that threat to show up.

Eternals introduces 10 major characters, which is too many for any of them to be developed enough to connect with the audience on an emotional level. The movie’s saving grace is that it looks beautiful. Chloé Zhao used real shooting locations with natural light to give Eternals a more authentic look than most MCU entries.

Earth’s Mightiest Heroes’ second team-up, Age of Ultron, is widely considered to be the weakest Avengers movie. It doesn’t really hold up on its own terms because it mostly acts as a stepping stone between other MCU movies. Age of Ultron sets up Thor’s next adventure, establishes Wakanda’s place in the universe, and gives the audience a lecture on the Infinity Stones. After all that, there isn’t much time for Ultron himself.

Ultron is a promising villain – an evil A.I. who can hack into any system on Earth – but he doesn’t live up to his potential. The final battle is just another showdown with an army of faceless foot-soldiers.

The sequel to Guardians of the Galaxy isn’t as tightly scripted as its predecessor. It takes a while to get going. The humor doesn’t land as often in the second movie as it did in the first movie, but the dramatic storytelling is arguably even more effective this time around. Quill meets his biological father, only to find that he already had a loving father all along.

Yondu’s redemption arc doesn’t forgive him for years of shaky parenting, but it’s clear that he always loved Quill as his own son. In the tearjerking finale, he gives his life to save Quill. The intergalactic funeral set to Cat Stevens’ “Father and Son” ends the sequel on a wonderfully bittersweet note that breaks fans’ hearts on every viewing.

Three-hour movies don’t tend to be very rewatchable, but Avengers: Endgame is one of the rare exceptions. There isn’t a single dull moment in the movie. It takes a while to get to the action with the “Time Heist,” but the harrowing emotions still land in the subversively low-key opening act as the Avengers reel from their worst failure in their own ways.

As its title would suggest, Endgame culminates in the mother of all battle sequences as every single hero in the entire MCU joins forces to vanquish Thanos and his armies. This is by far the longest movie in the MCU, but iconic moments like Cap lifting Mjolnir and Iron Man saving the universe hold up to countless viewings.

The first Avengers movie, the grand finale of Phase One, is the movie that proved the bold blockbuster experiment of the Marvel Cinematic Universe could work. The Avengers united six superheroes from five pre-existing interconnected solo movies. On paper, it shouldn’t have worked. A Norse god, a government-trained black-ops agent, and a World War II-era super-soldier are from such vastly different worlds that they don’t belong in the same movie, but The Avengers develops a tangible team dynamic between them.

The movie follows a tightly constructed three-act narrative that sets up the characters nice and succinctly, then raises the stakes throughout the Helicarrier-set middle section, then pulls it all together for a spectacular climactic battle on the streets of New York.

James Gunn’s original Guardians of the Galaxy film is an airtight action-adventure movie with an awesome soundtrack full of late ‘60s/early ‘70s needle-drops. Guardians strikes a pitch-perfect balance of heart and humor. It’s remembered as the MCU’s first straightforward comedy, but there’s none of Marvel’s usual bathos.

The dramatic moments are allowed to be dramatic, like Quill flying out into space to save Gamora and Rocket drunkenly fighting back against the insults he’s faced throughout his whole life. Guardians of the Galaxy is a quintessential tale of “found family” that holds up to countless rewatches.

Avengers: Infinity War is a cinematic tour de force. The star-studded threequel is singularly focused on Thanos’ quest to acquire the Infinity Stones as the Avengers launch futile efforts to stop him. Infinity War charges full steam ahead toward its inevitable tragic ending. The script’s rapid pacing zips from action sequence to action sequence, perfectly balancing its massive ensemble.

The movie still takes plenty of time to explore quieter emotional moments like Quill’s tearful farewell to Gamora and the dusting of all the beloved heroes in the heartbreaking finale. Infinity War is a masterclass of action-driven blockbuster filmmaking that never gets old.

NEXT: The MCU’s 10 Most Rewatchable Solo Movies

The MCU’s big team-up movies like The Avengers and Guardians of the Galaxy tend to be more rewatchable than its archetypal solo adventures.