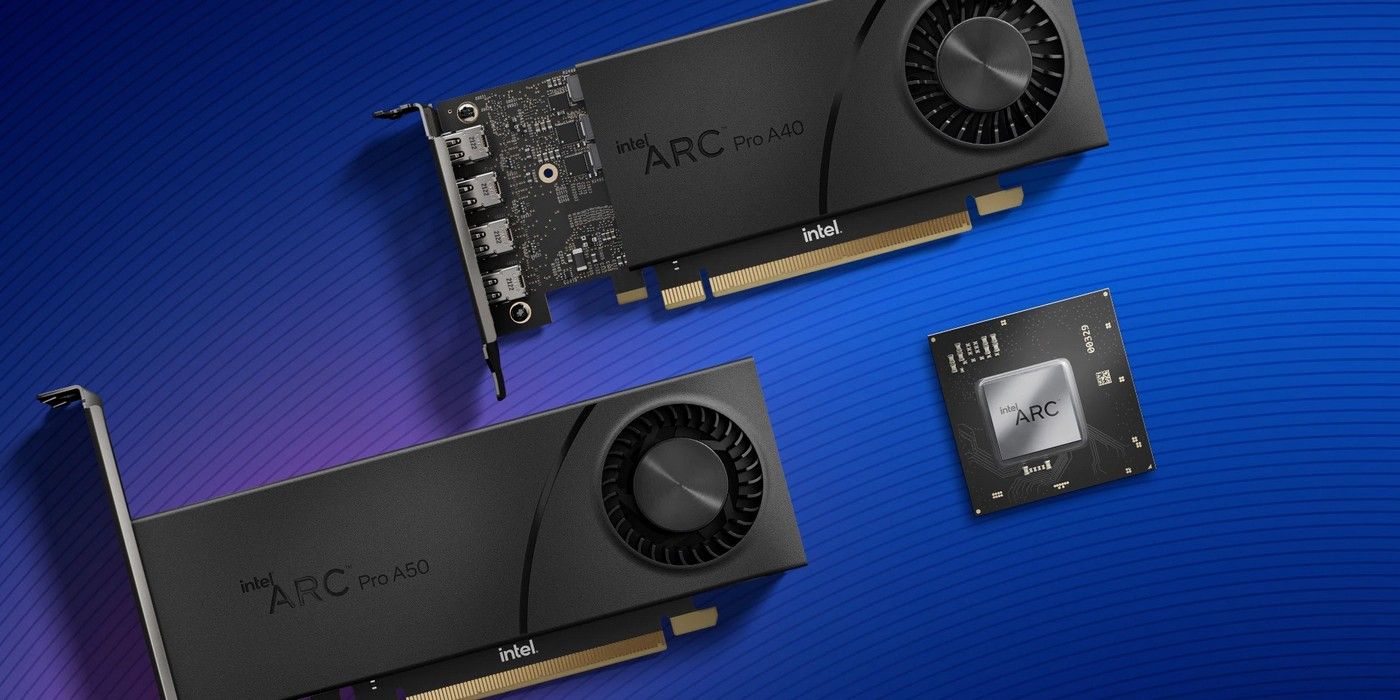 Intel has launched its Arc Pro A-Series professional GPUs for creators and AI tasks. Last year, Intel announced plans to enter the discrete graphics market to compete with the two established players – Intel and AMD. The company announced its first set of Arc discrete GPUs for laptops in March this year before following that up with the launch of the Arc 3 desktop graphics cards in June. However, the A700-series desktop cards that the enthusiasts have been waiting for have remained MIA until now.

Intel originally announced plans to roll out its discreet GPU solutions on laptops in Q1, followed by desktops in Q2 and workstations in Q3. However, the company has faced multiple delays in launching the cards, largely due to problems with its graphics drivers. According to Intel, the glitchy drivers are affecting performance in older but still widely-played games, resulting in widespread frustration amongst not just gamers and end consumers, but also board partners and OEMs who will actually manufacture and market those cards.

Related: How Intel’s Arc A-Series GPUs Are Different, And Why They’re Important

At SIGGRAPH 2022 conference, Intel announced its Arc Pro A-Series range of professional GPUs for workstations. Two of the cards launched at the event are the single-slot A40 and the dual-slot A50. Alongside the two desktop cards, the company also announced the A30M GPU for pro laptops. In an official press release, Intel said that all the three cards will ship with hardware-based ray tracing, AV1 hardware encoding acceleration, and machine leaning capabilities. According to the company, the cards will be ideal for “leading professional software applications within the architecture, engineering and construction (AEC), and design and manufacturing (D&M) industries.”

In terms of specifications, the Arc Pro A40 GPU will offer a peak performance of 3.50 TFLOPS at Single Precision and offer up to 8x ray-tracing cores and 6GB of GDDR6 memory. The A50 will offer 4.80 TFLOPS, but will also have the same 8x ray-racing cores and 6GB of GDDR6 memory as its smaller sibling. Both the A40 and A50 have a 2GHz base clock, but while the former has a 50W TDP, the latter has a 75W thermal design. Both the cards will also include 4x Mini DisplayPort 1.4 support for multiple monitor configurations.

As for the A30M mobile GPU, Intel says that it will offer 3.5 teraflops of graphical performance, 8X ray-tracing cores, and 4GB of GDDR6 memory. In terms of TDP, it will use 35-50 watts of peak power and support up to 4x external monitors. It is worth noting that the cards announced today are meant for workstations and not gaming rigs, which would use the non-Pro GPU models. Intel says that the cards will be available starting later this year from its partners and OEMs.

Next: Intel’s Meteor Lake CPUs Might Require You To Buy A New Motherboard