House of the Dragon Will Explore Misogyny In Depth, Says Stars 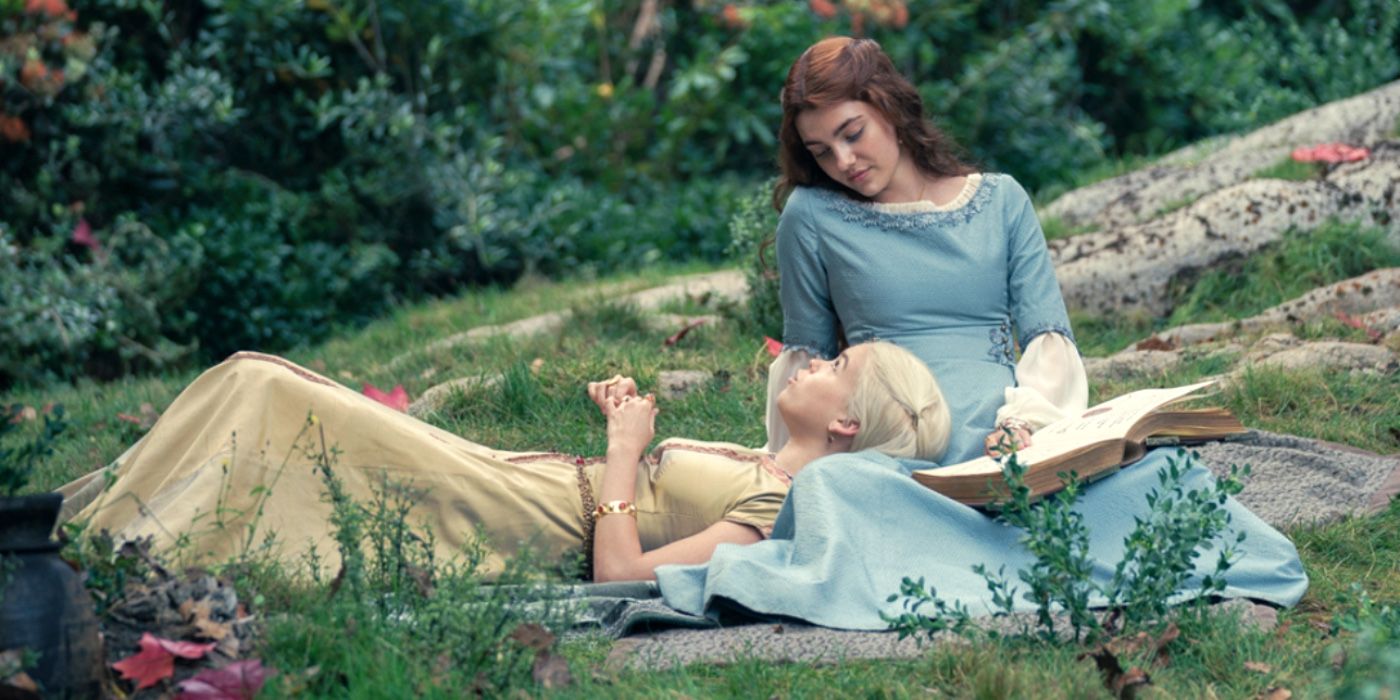 House of the Dragon Will Explore Misogyny In Depth, Says Stars

House of the Dragon will explore misogyny and the patriarchy through Rhaenyra and Alicent, according to stars Milly Alcock and Emily Carey. Based on A Song of Ice and Fire author George R.R. Martin’s 2018 novel Fire & Blood, House of the Dragon takes place 200 years before the events of Game of Thrones and chronicles the Targaryen war of succession known as the Dance of the Dragons. Premiering on HBO later this month, House of the Dragon will feature all the familiar hallmarks of its popular predecessor, including sex, violence, and, of course, dragons.

One crucial difference between House of the Dragon and Game of Thrones is that the prequel will be told through the perspective of two complex female characters: Princess Rhaenyra Targaryen and Lady Alicent Hightower. The series will introduce the two central characters as children, played by Les Norton‘s Milly Alcock and Casualty‘s Emily Carey, before Emma D’Arcy and Olivia Cooke take over the roles as adults. Despite their strong childhood bond, Rhaenyra and Alicent will eventually be at odds with each other due to a disagreement about the Targaryen line of succession, putting them on opposing sides of the upcoming civil war.

Related: Which Game Of Thrones Episodes To Rewatch Before House Of The Dragon

During a recent round table interview, Screen Rant and other media outlets had to opportunity to speak to Alcock and Carey about their characters’ relationship in House of the Dragon and how Rhaenyra and Alicent respond to the misogynistic and patriarchal pressures of Westeros. While Alicent doesn’t fight back against them, Rhaenyra does, illustrating the fundamental difference between the two characters and their conflict. Read what they shared below:

But I said it before and I’ll say it again: my favorite thing about this show is that, yes, we showcase misogyny and we show how it affected the women in this world, and how it relates to these to these characters—whether it’s Alicent or Rhaenyra or Rhaenys even. But when we take away the storyline and theme of misogyny, these characters still have an arc and are still complex women onscreen. They’re not just there to serve the purpose and to show misogyny; they are human beings put onscreen. And I think that’s a brilliant thing.

Alcock: I think, ultimately, it’s down to the writing. And what the show really leans on is how these two women are met with the same kind of patriarchy, but they react in entirely different ways. Because of their given circumstances, and because of who they are, and the privileges that they’ve been afforded within their lives.

I think that Rhaenyra especially is a fighter. She fights for what she wants, and she doesn’t like to take no for an answer. But I think that these two women deal with it entirely differently, and that’s what makes the show quite interesting. Because I think that a lot of people can see themselves in Rhaenyra just as much as Alicent.

In the past few months leading up to House of the Dragon’s premiere, there has been an increased focus on the show’s different approach to portraying women compared to its predecessor. Writer and executive producer Sara Hess revealed that House of the Dragon won’t show sexual violence on-screen, unlike Game of Thrones which was notorious for its depiction of rape and sexual abuse against women. Instead of graphic depictions of violence, House of the Dragon will provide a more nuanced exploration of the inherent conflicts present in a patriarchal system. From a young age, Rhaenyra and Alicent are often forced to do the bidding of their powerful fathers, King Viserys and his Hand Otto Hightower, who are well-meaning but unable to see the oppressive nature of their ways.

Though Game of Thrones featured many strong and complex female characters, who ran the gamut from Daenerys, Cersei, Arya, Sansa, and Brienne, House of the Dragon will set itself apart in the sense that it will center on a relationship between two women. On one hand, Rhaenyra will stake her rightful claim to throne, while Alicent tries to install her son, Prince Aegon. This will allow House of the Dragon to provide a more meaningful exploration of misogyny and the patriarchy, but whether Rhaenyra or Alicent win the game of thrones remains to be seen.

Next: House Of The Dragon Will Make One Of Daenerys’ Coolest Traits Even Better

House of the Dragon premieres Sunday, August 21 on HBO.

House of the Dragon will explore misogyny and patriarchy in depth through Rhaenyra and Alicent, according to stars Milly Alcock and Emily Carey.