The Sandman: 10 Things Only Comic Book Fans Know About The Show 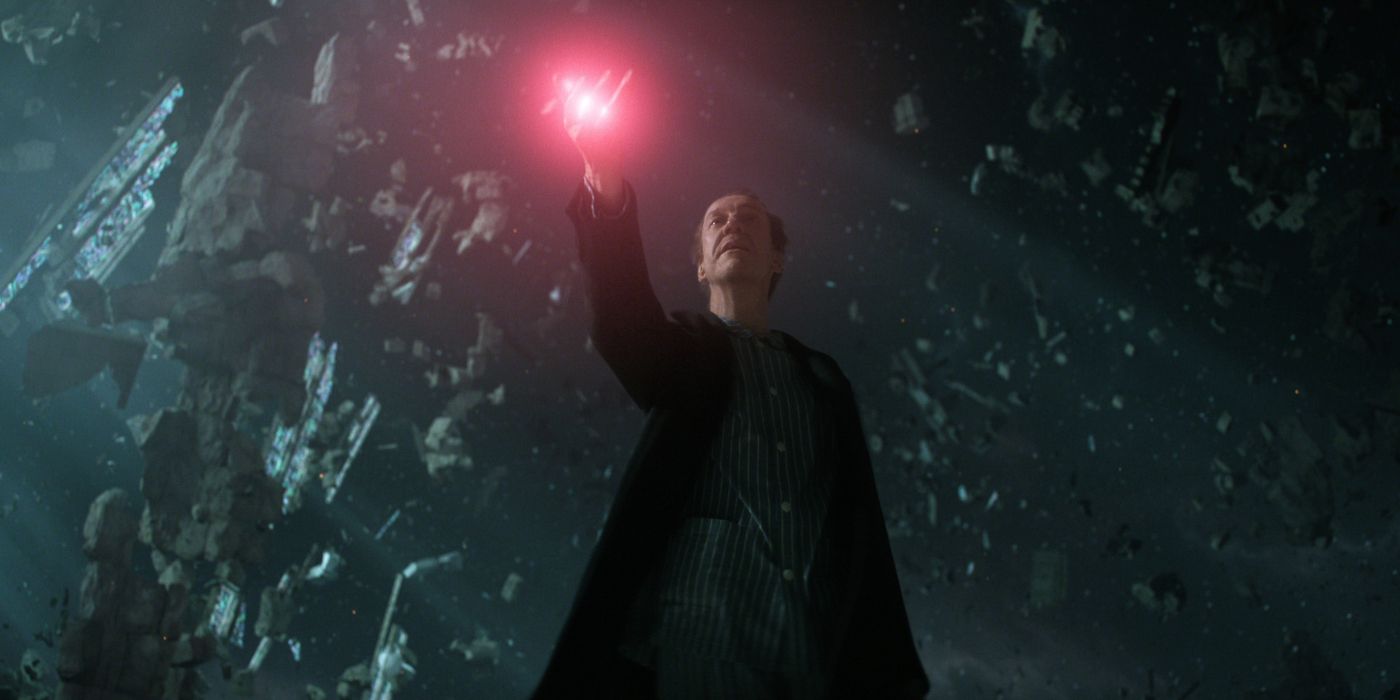 The Sandman: 10 Things Only Comic Book Fans Know About The Show

Content Warning: The following article contains spoilers for the Netflix show The Sandman and discussions of suicide.

The recently released Netflix series, The Sandman, is impressing both fans and critics alike thanks to its accurate depiction of the legendary comics it’s based on. Neil Gaiman’s award-winning comic book series published from 1989 to 1996 finally gets a worthy adaptation, with some scenes looking like they were taken straight out of its most iconic panels.

In fact, each episode of the show so far has been a direct retelling of the first ten individual issues of the comics. This is why it’s not surprising that there are some details shown in the first season that only comic book fans would recognize and understand. These include hints at entire storylines like William Shakespeare’s and identities of mysterious characters like the prodigal Endless sibling.

John goes from being a helpless patient confined to a hospital against his will to one of the strongest characters in The Sandman after he gets Dream’s ruby and uses it to change the world. Aside from a few changes to his motivation and relationship with Ethel, the arc depicted on the show is similar to what happens in the comics.

An important part they do omit, however, is the fact that John Dee and Doctor Destiny are one and the same. The popular DC villain is also confined to Arkham Asylum in the comic books, not just some random mental health facility.

On his way to meet Lucifer, the demon guiding Dream and Matthew intentionally make them pass through a difficult route. The reason becomes clear once Dream hears a familiar voice calling him Kai’ckul and asking if he has come to free her.

Nada’s arc is a frustrating one in the comics, largely because of Dream’s role in it. They have a forbidden relationship that angers the sun, which results in a destructive fireball hurled towards Nada’s city. Distraught by what her actions have caused, she dies by suicide. Morpheus sees this as a betrayal and rejection of him, unfairly condemning Nada to Hell. While he makes up for his mistake later in the series, it’s too little, too late.

Barbie seems like any other likable character from Hal’s house in the show, but fans of the comics were likely excited to see her walking with a recognizable creature in her dream. Barbie takes on a much bigger role later on in the comic books alongside that same creature named Martin Tenbones.

The storyline introduces fan-favorite characters like Thessaly and Wanda, who both help Barbie during her misadventures in The Land. Her main foe is the Cuckoo, whose goal is to use the Porpentine to break free from the dreamland. It’s a magical arc that will hopefully be portrayed in future episodes.

While it’s not too hard to guess that the Wil Shakespeare Dream encounters in the bar with Hob Gadling is a portrayal of the famous playwright, comic book fans will know there’s much more to his story than what has been depicted on the show so far.

The deal Shakespeare makes with Dream requires him to write specific tales for Morpheus, no matter how outrageous they may be. In exchange, he’ll go down in history as a famous playwright. His most memorable arc in the comics takes place when he writes and then performs A Midsummer Night’s Dream in front of the fairies, including Titania and Oberon, as well as the sly Puck.

One of the major differences between the Sandman comics and the show has to do with Lucifer’s storyline. Aside from how, in the comic books, Lucifer doesn’t play “the oldest game” with Dream, the Lightbringer also doesn’t become the main antagonist.

In fact, he credits Dream for his decision to leave Hell, which diminishes any ill feelings Lucifer may have had for him. At that point, Lucifer just wants to get away and leave all of his responsibilities behind, not hatch an evil plan with Azazel and the assembled Lords of Hell.

The entity Dream calls the Three-in-one or just the Fates are always featured in creepy scenes that underscore their riddles and knowledge. This is the case in the comics, too, but readers would know that it’s not the last time they’ll see the being on the show.

Also known as the Kindly Ones or the Furies (a name they don’t like), the entity eventually becomes responsible for Dream’s undoing. They hunt and torment him after he breaks a divine law by spilling family blood, forcing him to sacrifice himself so that the Dreaming, and the rest of the universe, could survive.

Lyta’s son, Daniel, is a central figure in one of the best Sandman comic book storylines. In the Netflix series, Dream hints at Daniel’s future by telling Lyta that she can keep him “for now,” but since he was conceived in the Dreaming, he technically belongs to Morpheus.

Dream keeps his word and eventually takes Daniel for a specific purpose. The young child will actually grow up to be or transform into the new version of Dream. Following Morpheus’ heartbreaking death, the already-changed Daniel is immediately there to replace him and take over his duties.

It’s interesting to see the Corinthian’s expanded role in the TV series, as the nightmare is a minor character in the comic books who’s unmade by Dream without much trouble. The new version of him is the one who has the more unforgettable role, as he struggles with the memories from the old Corinthian and his unrelated conflicts with Matthew.

The show has implied that there will be a new Corinthian, but only fans of the comics will know that this will happen for sure. He’s such a great character that everyone will likely be happy to see him wreaking havoc again (this time for a good cause).

For those who have never read the comics, the revelation that Desire engineered the whole situation with Unity Kinkaid and Rose Walker may have understandably been a bit confusing. Dream’s confrontation with Desire explains that his sibling wanted Morpheus to spill family blood, but it doesn’t say why.

Desire (and often Despair) detest the hierarchy in the Endless, as their older siblings, Death, Destiny, and Dream are more powerful than they are. They dislike the feeling of being looked down upon by these characters and Desire often chooses to toy with and target Dream, as it’s not that difficult to get under his skin. Desire has done this before with one of Dream’s lovers, but almost takes it too far with that stunt with Rose.

A question in many viewers’ minds likely revolves around the mysterious Endless sibling, sometimes referred to on the show as “the prodigal.” His sigil is also noticeably missing from Desire and Dream’s galleries. Comic book fans know that the missing character is Destruction, who is the embodiment of that word.

During the age of reason, Destruction realizes that he doesn’t have to endure the chaos and carnage that he has for so long – he can simply walk away. His unprecedented decision affects the Endless deeply, especially Delirium, who loved her older brother dearly. Dream and Delirium go on a quest to find him and eventually succeed, but Destruction only reaffirms his need to be away from his post and to be on his own.

From the identity of the prodigal sibling to John Dee’s DC roots, there are some things about Netflix’s The Sandman only comic book fans will know.