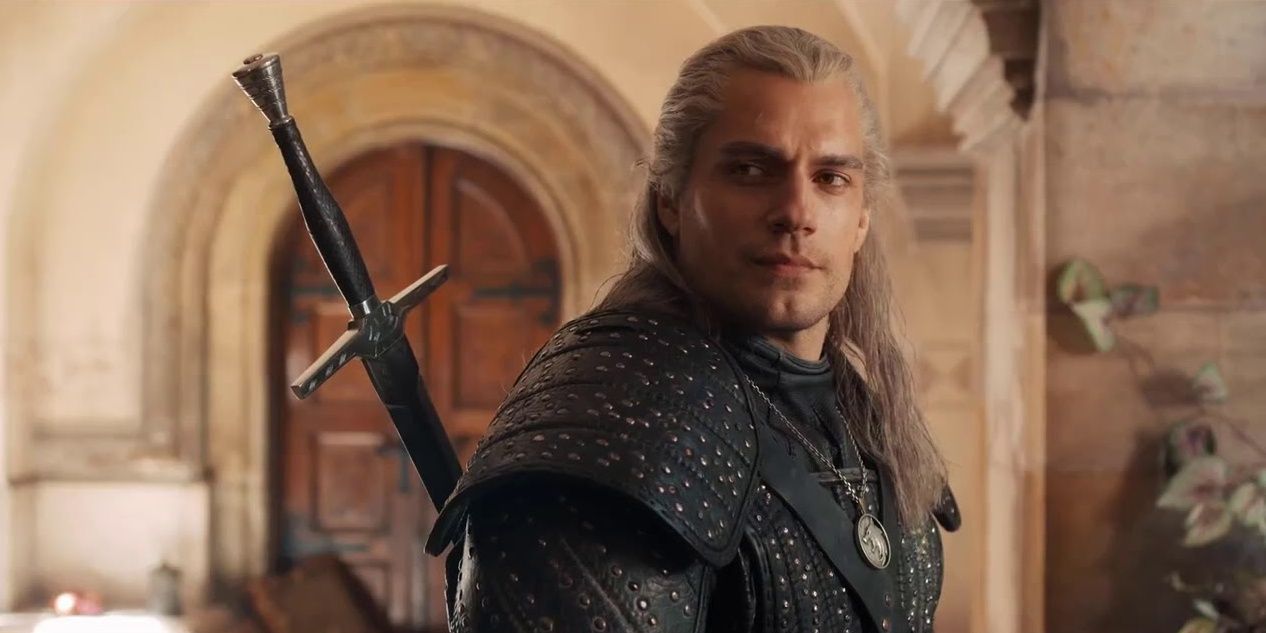 Geralt might be a man of few words, and those words might be mostly expletives, but that doesn’t mean that the heroic Butcher of Blavikan hasn’t proved plenty philosophical in Netflix’s The Witcher. As played by Henry Cavill with a furrowed brow and a hulking screen presence, he’s a man who gets straight to the point, and cuts enemies down with his words as much as with his sword throughout the series.

His reputation as a fearsome monster hunter is thrown into jeopardy when he must balance protecting a princess marked for destiny and a romance with a sorceress, and caring for anyone besides himself means accessing a wider vocabulary.

Just because Geralt is renowned for hunting The Witcher’s scariest monsters, doesn’t mean that he fails to grasp that what appears as a monster to some may not appear that way to others. He acknowledges that there are degrees of what a person perceives as evil, and is often shaped by their worldview. When the well-known wizard Stregobor summons Geralt to kill Renfri in the first season, he enlightens his employer.

Facing off against Stregobor, he explains that whether or not the evil is lesser or greater, he’d rather not make a choice between the two. It’s his job to hunt evil down and kill it. That being said,  he’ll refuse a job if it contradicts his convictions.

One of the best Jaskier quotes in the series mentions Geralt smells of “death, destiny, heroics, and heartbreak.” A fairly apt description for The Witcher, considering his history, but he wastes no time in getting in on the jest, giving as good as he gets to the bard who wants to make songs out of his job.

Let it not be said that Geralt of Rivia is without a sense of humor, and his dry sardonic wit is a welcome complement to Jaskier’s broader comedy. It’s probably why the pair become such close friends, even amidst the tumult of season 2.

In a world where elves and monsters exist, humans are among the least powerful of the entities on The Continent, though they wouldn’t know it by the way they crusade. Geralt knows that he has an advantage thanks to his witcher abilities, but it doesn’t mean that he ignores the rumblings of war and betrayal that threaten to plunge the world into darkness.

To Geralt, humans will do what they’ve always done – fight. Hunting monsters for coins is a simple job but it takes him out of the petty squabbling of kingdoms. That is until Ciri falls into his lap.

Even after invoking the Law of Surprise, Geralt doesn’t place much importance on destiny and fate. Whether a person is a commoner or a queen, destiny guides the path of their life all the same, no matter how much they try to escape it.

Geralt gets caught up in the forces of destiny regardless of his personal views and is forced to reconcile his own perspective with the worldviews of those around him he much protect, like Jaskier, Ciri, and Yennefer.

When Yennefer and Geralt first encounter one another in the middle of season 1, the monster hunter’s reputation has preceded him. In fact, Geralt is a powerful wizard in his own right, and Yennefer is right to be wary of his abilities.

Yennefer doesn’t expect him to be handsome, well-muscled, and well-spoken. She accuses him of having fangs or horns, to which he provides this trite reply. It can never be said that Geralt has ever been tongue-tied even in front of a beautiful woman (except perhaps for their more intimate moments).

Because of his incredibly strong feelings for her, he makes a wish to bind their fates together, one of the worst decisions he could have made. He should have respected their connection enough to be honest with her so that she doesn’t suspect their ardor comes from a wish and not truth.

While Geralt respects Queen Calanthe as a warrior, he knows that she isn’t a diplomat, and will often make shows of strength in order to intimidate her enemy rather than employing a more tactful method of negotiation. Her bluster invites enemies to try to destroy everything she has built.

He cautions her that she can’t continue to rule the way that she has been, but she ignores his warnings, declaring that listening to him once before on matters of state was a mistake. Geralt might have predicted that her great citadel would fall when she couldn’t lift the veil of blind arrogance from her eyes.

Geralt and Ciri face some incredibly evil characters in season 2, and it becomes increasingly clear to Geralt that Ciri will need to learn how to defend herself if she’s going to survive. Especially if something should happen to him and he’s unable to protect her.

They make their way to Kaer Morhen, the legendary Witcher stronghold, so that she can not only be protected by Vesemir and the witchers that remain but so that she can also train. But first, she’ll need to let go of her fear. If she’s too afraid, she might hesitate, and that could mean the difference between life and death.

Part of Ciri’s training at Kaer Morhen involves psychological conditioning so that her spirit and mental fortitude are as strong as her sword hand. Geralt wants Ciri to not only learn how to control her powers but also to make them serve a purpose.

Ciri is a TV princess who definitely knows how to fight during her time at the witcher’s keep, but it’s not the most important lesson Geralt teaches her. Her power will come from her belief in herself because if that’s unshakeable, everything else will follow naturally.

The final piece of Ciri’s lesson resonates in Geralt’s solemn declaration that when she faces violence, it’s not out of fear of death or anger at an opponent. It’s to save lives, either of strangers or in the case of the residents of Kaer Morhen, brothers that Geralt has known for years.

Geralt feels it’s important for Ciri to make the distinction because otherwise, she might become the very foes she fights against. Where Geralt has had decades to master his abilities, Ciri will not have that luxury, and he wants her to be as focused and prepared as possible.

Geralt of Rivia is a man of few words, but when he chooses to speak, they carry great weight. These are his best quotes from Netflix’s The Witcher.