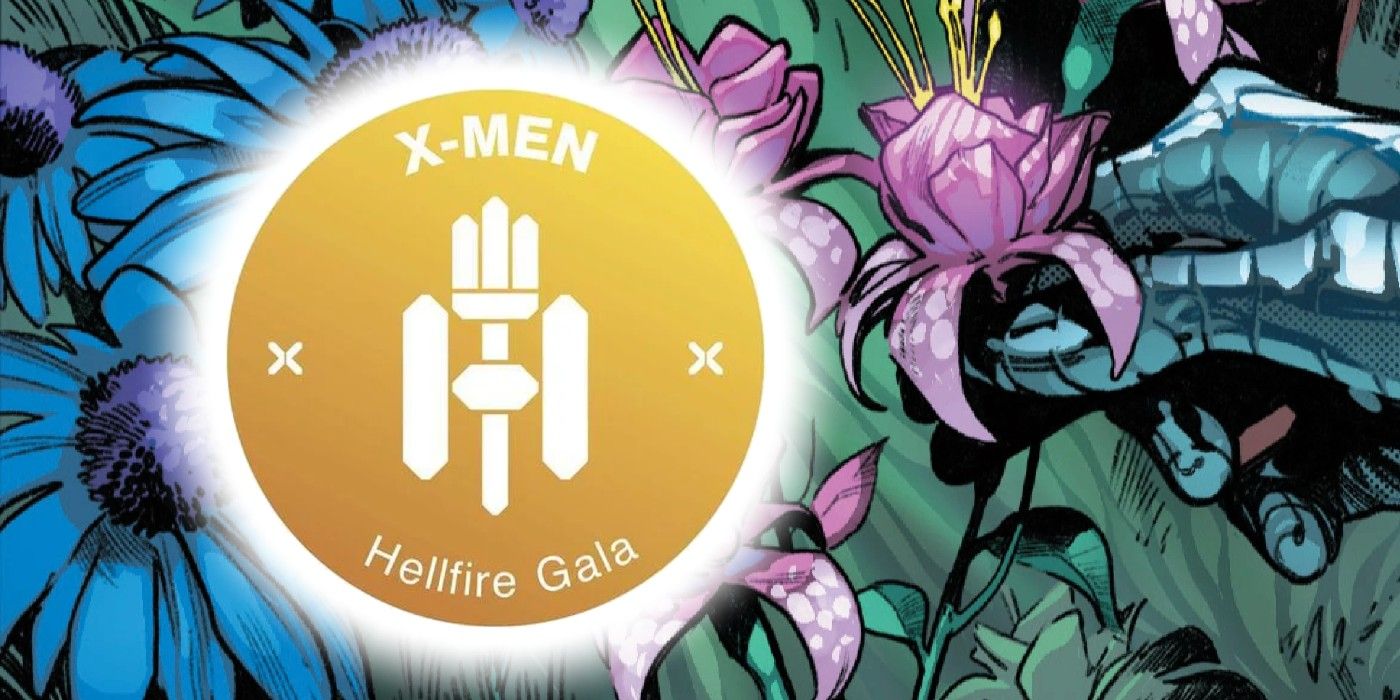 As the ramifications of the X-Men’s now infamous annual Hellfire Gala continue to unravel, Marvel Comics has sent real world Hellfire Gala invitations to X-Fans and creators that include a “real” Krakoan flower. The gorgeous flower recreations came housed in a plastic cube alongside an “invitation” to the Gala and a copy of this years X-Men: Hellfire Gala #1.

Krakoan flowers are an integral part of the mutants gaining sovereignty and recognition of the nation of Krakoa by world leaders, because the flowers have incredibly powerful and rare attributes. While some flowers, like the Krakoan Gate Flowers, can only be used by mutants, there are also a series of Krakoan Flowers that have been freely given to humanity, whose properties can cure major human illness and inflictions, as well as slightly extend the life of a human. However, with the recent revelation that the mutants are effectively immortal, some of humanity is beginning to view the medicinal flowers as a cheap cop out for the mutants, who are instead hoarding their everlasting life all for themselves.

The annual Hellfire Gala hosted by Emma Frost and the mutants of Krakoa was held for the first time last year, where the Krakoans announced, to the shock of the world and galaxy, that they had terraformed the planet Mars, turning it into the mutant planet Arakko. Additionally, the Hellfire Gala is the event where a new team of X-Men are voted in, including one member selected by real-world fans, setting up the X-Men stories for the next year. In celebration of this year’s Hellfire Gala, invitations began arriving to real world X-Fans, like Ryan Penagos, Omnibus Collector, Russell Dauterman, and they are a truly creative and fun way for Marvel to publicize the annual X-Event.

This year’s Hellfire Gala may not have been as “planet-sized” as last year’s, but there was just as much drama for the X-Men, and the Gala’s host Emma Frost. As indicated by a card included in Marvel’s Hellfire invitations, this year’s Gala was also used as the starting point for Marvel’s major summer crossover event A.X.E.: Judgment Day, which sees the Eternals brutally attacking the mutants for their “excessive deviation.” This eventually will lead to the X-Men, Eternals, and Avengers being judged by the cosmic Celestials over the coming months. While no one who has received a Krakoan Flower from Marvel has yet to reveal if they have had any sudden changes in their health, it does serve as a reminder that no matter what the X-Men do for humanity, humans will always find a way to hate and fear them, even when some continue to view them as literal gods. The mutants of Krakoa literally gave them all-natural drugs that will cure Alzheimer’s, cancer, and extend their lives, and yet as soon as the greedy little humans hear that the X-Men are now immortal, they immediately demonize them.

Regardless, the humans who received Krakoan Flowers in their invitations to the X-Men’s drama-filled ostentatious Hellfire Gala are certainly grateful for the gift, and hopefully Marvel Comics continues to send out such ingenious and cute promotions in the future.

As a creative promotion for this year’s Hellfire Gala, Marvel sent out real-life recreations of powerful Krakoan flowers to X-Men fans and creators.