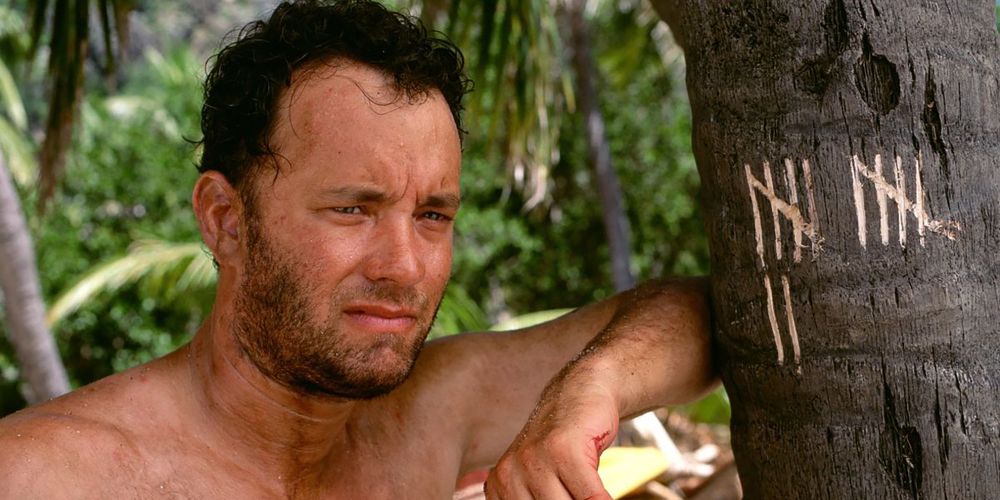 This summer, Prime Video announced that it would not be renewing The Wilds for a third season. Season two ended with both the girls and boys, once again, stranded on a remote island (this time together) and viewers were looking forward to seeing the dynamics of the two groups merge in the third season. Instead, The Wilds became yet another well-loved show to be canceled before it was able to reach the peak of its storyline.

With a baseline plot that’s similar to the classic book “Lord of the Flies,” The Wilds was a concept that had been explored in several other shows like Lost, The 100, and The Society. However, The Wilds was able to modernize the story and attract an audience of dedicated viewers. While the hole the cancellation left in fans’ hearts can’t just be filled with a new show, there are a few movies that share some of its themes and will give viewers the fix they need while they mourn the series’ loss.

While it wasn’t the first time audiences had seen the “one man stranded on a deserted island” film, Cast Away became the reference for so many that came after. Tom Hanks has a long track record of memorable roles but as the only living person on screen for the majority of the movie, Cast Away put his acting skills center stage.

Related: 10 Best Movies With Only One Actor According To Ranker

Fans of The Wilds will be back in deserted island mode when watching Cast Away. They’ll again get to root for the character’s survival, this time focusing all their energy on a single character. For those attracted to the situational drama on The Wilds, don’t worry, Tom Hanks’ character finds a way to incite some island drama with the unconventional friends he makes on the island.

Viewers who felt a familiar pull to the story in The Wilds may have the suppressed memory of reading Lord Of The Flies in school. The classic tale has been referenced in modern media for years but one of the closest representations of the original Lord Of The Flies story featured in the book is the 1990 film of the same name.

Lord of the Flies takes some liberties in its telling of the original story, but it still successfully captures its essence. Fans of The Wilds who haven’t read the book will likely appreciate seeing where the bones of their favorite show’s concept came from. Also, fans who remember the chaos of the boy test group from season 2 of The Wilds will enjoy seeing how the same energy evolves into something dark and eye-opening, all while giving insight into the adolescent experience.

Fans of Toni and Shelby’s enemies-to-lovers storyline should definitely take the time to watch Blue Lagoon: The Awakening. The entire movie centers around two antagonist high schoolers who get stranded on a deserted island when traveling on a school trip. There’s lots of tension and build to the inevitable conclusion and like Toni and Shelby, the elements of the island constantly push them together, even though they fight it. So, instead of watching yet another compilation of Shoni scenes, try the Lifetime movie instead.

Amanda Bynes’ movies have become pop culture staples, but one that doesn’t often make the cut of her bests is Love Wrecked. When put up against some of her other movies like She’s the Man, Sydney White, and What a Girl Wants, it just didn’t have as big of a cultural impact but, it is still one of Byne’s best roles and has all the heart and humor of an Amanda Bynes-led film.

The forced proximity trope that helped Toni and Shelby find their way to each other is well exemplified in Love Wrecked. Viewers of The Wilds who were craving a little more romance on the island will be able to completely escape into the fun and almost invasive story of love and obsession in Love Wrecked.

Shelby’s backstory in The Wilds wasn’t exactly a happy tale. She felt stuck in the role that her parents placed her in and didn’t feel like she could be herself and it’s a story that many fans could empathize with and feel connected to. Because of this, viewers who liked Shelby’s character journey will probably feel similarly about First Girl I Loved.

The storyline focuses on a character going through a similar journey as Shelby, where she’s trying to figure out who she is even if it falls outside of people’s expectations of her. Both the show and the film portray the situations in realistic ways that help viewers connect with them. The Sundance film is great for The Wilds fans who are looking for more positive representation of queer love in movies.

Viewers who placed Rachel losing her hand in a shark attack as a top plotline for the series should take a look at The Shallows. It’s a different spin on the stranded concept that’s more haunting and has a continuing pulse of danger for the entire film.

Instead of fighting against the deadly hidden elements of a deserted island like the ones seen in seasons 1 and 2 of The Wilds, Blake Lively has a more active threat. The Wilds and The Shallows depict different aspects of the same concept and fans who enjoyed seeing the characters in The Wilds find new ways to stay alive and face the danger of their situation will enjoy the fast-paced quick decision-making seen in The Shallows.

The Wilds wouldn’t generally be described as “dark,” but it had its moments. Fans who couldn’t help but lean forward in their seats when night fell and everything began to feel ominous were probably most attracted to the danger and madness of the island. There’s no better place for remote danger and madness than Fantasy Island.

Related: The 10 Best Sequels and Reboots of 2022 According To Ranker

The 2020 psychological horror, Fantasy Island, was based on the 1977 show of the same name. The movie is like The Wilds in the sense that there’s a constant feeling of impending danger, lots of mind games, and the underlying notion of something much bigger at play, Viewers who wanted The Wilds to lean a little more into the danger of the islands will get exactly what they’re looking for with Fantasy Island.

Fans of The Wilds that can’t help but try to figure out the ins and out of complicated storylines and were fueled by the twists and turns that it had to offer could try piecing together the underlying story of the mysterious beach featured in Old.

The secrets of the organization responsible for the events in The Wilds were slowly revealed as seasons 1 and 2 progressed, but there was still so much to figure out in season 3. Since that is no longer an option for puzzle-solving fans of the show, the beach in Old that forces the quick aging of its inhabitants can act as a consultation.

Passengers took the stranded concept to space and while it was widely criticized, fans of The Wilds could find something to love in its storyline. Jennifer Lawrence and Chris Pratt starred in the sci-fi film and immediately their on-screen came to life and delivered viewers a love story that defied all odds.

Some people believe that Passengers would have made a better horror movie, but the film’s execution made the relationship between the two characters the main focus. The relationship in Passengers is similar to what the organization behind the events of The Wilds was testing: how people form connections in extreme circumstances. Fans of the relationship dynamics in The Wilds will get to see how those dynamics change when different variables are introduced.

If Lord Of The Flies was set in space and a few years in the future, it would be Voyagers. Voyagers takes the classic story and creates almost an exact replica just on a different background.

Since The Wilds and Voyagers use the same story to create the outline of their stories, the themes of the two will play into each other, while offering a little something different in style and execution.

The cancellation of The Wilds left a lot of fans feeling more lost than the characters, but these movies can help keep those feelings at bay.