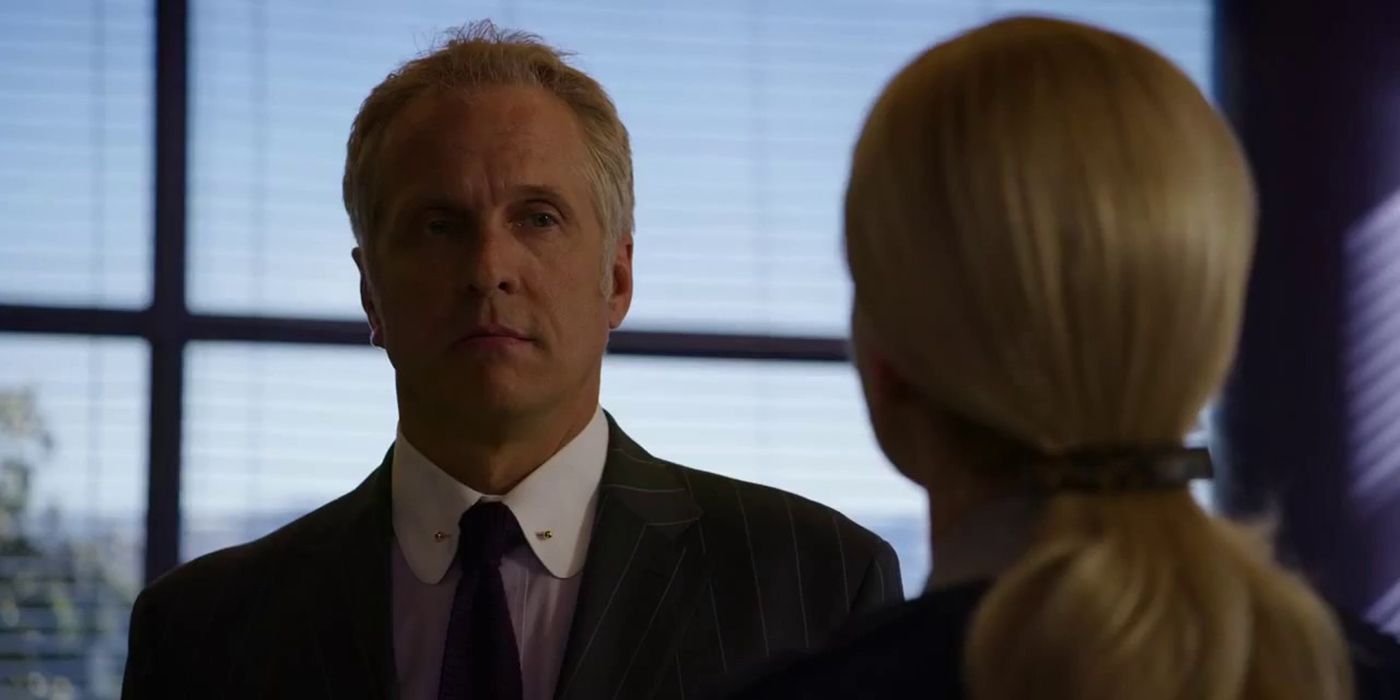 Rhea Seehorn is a big reason why Kim is one of the fan favorite characters from Better Call Saul.  The character is complex, multi-layered, and always keeps fans guessing about where her mind is at any given moment. And Seehorn manages to bring all of this to life.

Kim joins Jimmy in many of his schemes, sometimes encouraging him to do them in the first place. Yet she also does wonderful things for people in need through her pro bono legal work. Playing a character like this requires a versatile actor, and Seehorn accomplishes it beautifully. Through the show’s six-season run, a few of her scenes particularly stand out as being Emmy-worthy. With 2022 being the last year she would be eligible to win for the role since the show is ending with season 6, fans hope that many of these scenes will earn Seehorn the statue she so deserves.

In the first season, Kim comes across as quiet and reserved, a talented lawyer who knows she’s good at her job and deserves more, but never speaks up for herself. Her aspirations of becoming a partner one day mean that even though she doesn’t like how Jimmy is treated, and even sometimes how she is treated, she keeps quiet about it.

But in one scene in the first episode, Kim has had enough and she finally stands up to Howard. She defends Jimmy, proving she is one of the bravest characters on Better Call Saul, after Howard takes credit for the Sandpiper case Jimmy built. Kim not only shows her affinity for Jimmy but also finally speaks up for herself, in general. Seehorn captures the young woman’s spirit who, while outwardly speaking out for a friend, is also letting go of years of frustration and resentment against her patronizing boss.

Up until this point, Seehorn has portrayed Kim as a talented lawyer who rarely deviates from the script, doing her job and doing it well. But it’s clear there’s something more beneath the surface, and it’s in this episode that fans finally get to see Kim let her guard down.

Pretending to be a wealthy woman named Giselle, she and Jimmy run a con in a restaurant to get an expensive bottle of tequila. Even Jimmy is both surprised and impressed with how well Kim pulls off the lie, as well as her giddiness in succeeding. While she does something horrible, the way Seehorn plays the character makes fans still love her, appreciating her allegiance to Jimmy and her intent to take down the rich and powerful, even when she’s completely manipulating someone and lying.

During that episode when Jimmy was stuck in the desert with Mike, struggling with the heat and lack of water and running from enemies, Kim was worried sick. Seehorn made fans feel for her as she struggled with her emotions in not knowing where he was and if he was ok.

When she decides to go see Lalo in prison, the terror in her face is evident in meeting this murderous criminal drug lord. But it’s also clear that Kim – one of the best characters on Better Call Saul, according to Reddit – will never allow others to see her fear. When she yells at Lalo, blaming him for Jimmy being missing and insulting his ability to run a successful business, he can do nothing but smile. It’s at this moment that Lalo realizes Kim is the strong one of the two, and it’s Seehorn’s portrayal that sells the performance. In this scene, some have compared Kim to Walter White from Breaking Bad when he was finally building his confidence and become more brazen in his words and actions.

While Jimmy tries to reason with the Kettlemans, using his strategy of offering the “carrot” to get what he needs, Kim sits quietly in the background. It’s suggested she is just there, along for the ride, watching Jimmy do his thing.

But when it becomes evident that Jimmy’s plan is not working, Kim stands up and starts a lengthy monologue with the words “enough carrot.” She then proceeds to ruthlessly call the Kettlemans out for the scam she figured out they are running, which she had been quietly observing and understanding in the background for the short time they were there. She proceeds to blackmail and threaten them into doing what she wants, even placing a call to her friend at the IRS, ready to report them before they finally relent in a panic. Kim is terrifying in the moment, with even Jimmy shaking in his boots at how ruthless she could be. Seehorn easily deserves an Emmy for this scene.

In one of the most heartbreaking scenes of the show, Jimmy returns home to see Kim’s packed bags in the bedroom. The look on Seehorn’s face as she plays this scene had fans in tears. It was clear she loved Jimmy, but, as she told him, love wasn’t enough. They were not good for one another and she knew if she stayed with him, they would go down a bad path together.

What was most impressive was that, in the parking lot scene after Kim had lied to Howard’s wife at his memorial event, it was evident in her face that she realized she could no longer stay. It’s because of Seehorn’s portrayal that fans instantly understood what was about to happen before it did. This scene is one of the most pivotal scenes in driving Jimmy’s transformation into Saul on Better Call Saul: fans felt the hurt Kim felt having to make the difficult decision to leave when she still deeply loved him.

The scene was set up in the beginning of the episode with the flashback of a young Kim with her mom, Kim getting in trouble for trying to steal jewelry only for it to be revealed that it was all a con and her mom was in on the plan.

That provides context for the puzzling decision when, on the way to a luncheon with the board members of the Jackson Mercer Foundation that would almost certainly land Kim her dream job, she found herself being pulled back. Knowing the big D-Day plan she and Jimmy had been working on for so long had just hit a snag, she couldn’t bear to leave him hanging. The look on her face made the internal turmoil she felt clear to viewers, with both the good and the thrill-seeking Kim battling for dominance.

While being confronted by Howard about their actions, both Kim and Jimmy seemed unaffected by Howard’s drunken rants. They simply wanted him to leave. But suddenly, their faces went blank, they didn’t move, and stared in horror.

Fans felt the terror in both their eyes as they saw Lalo show up behind Howard, knowing that whatever was about to happen, it would not be good. Seehorn sold the scene on her own, but together with Odenkirk, it was one of the most believable, heart-wrenching scenes of the whole show. Indeed, it’s also one of the scenes in Better Call Saul that prove Bob Odenkirk deserves an Emmy, too.

Following the aforementioned scene, the next episode begins with Jimmy and Kim still shaking in horror, now teary-eyed and in shock at the sight of a dead Howard lying on their kitchen floor. The tension is palpable among Lalo, Jimmy, and Kim. But when Lalo instructs Jimmy to take a gun and his car and go kill Gus, Jimmy suggests Kim would be the better one to do it. Her desperate pleas to both Jimmy and Lalo in this moment had fans pleading right alongside her.

As she quietly drives to the address given, sweating and terrified, Seehorn’s performance has fans feeling her internal struggle: will she do this heinous act and live with the consequences, or refuse and risk Jimmy’s life, not to mention her own? Kim raising the gun at the door, ready to shoot had fans worried that she might actually go through with it, and Seehorn really captured how the character would feel in that moment, making it come across so believably on screen.

Kim is one of the fan favorite character on Better Call Saul, and that’s in large part due to how well Rhea Seehorn brings the character to life.