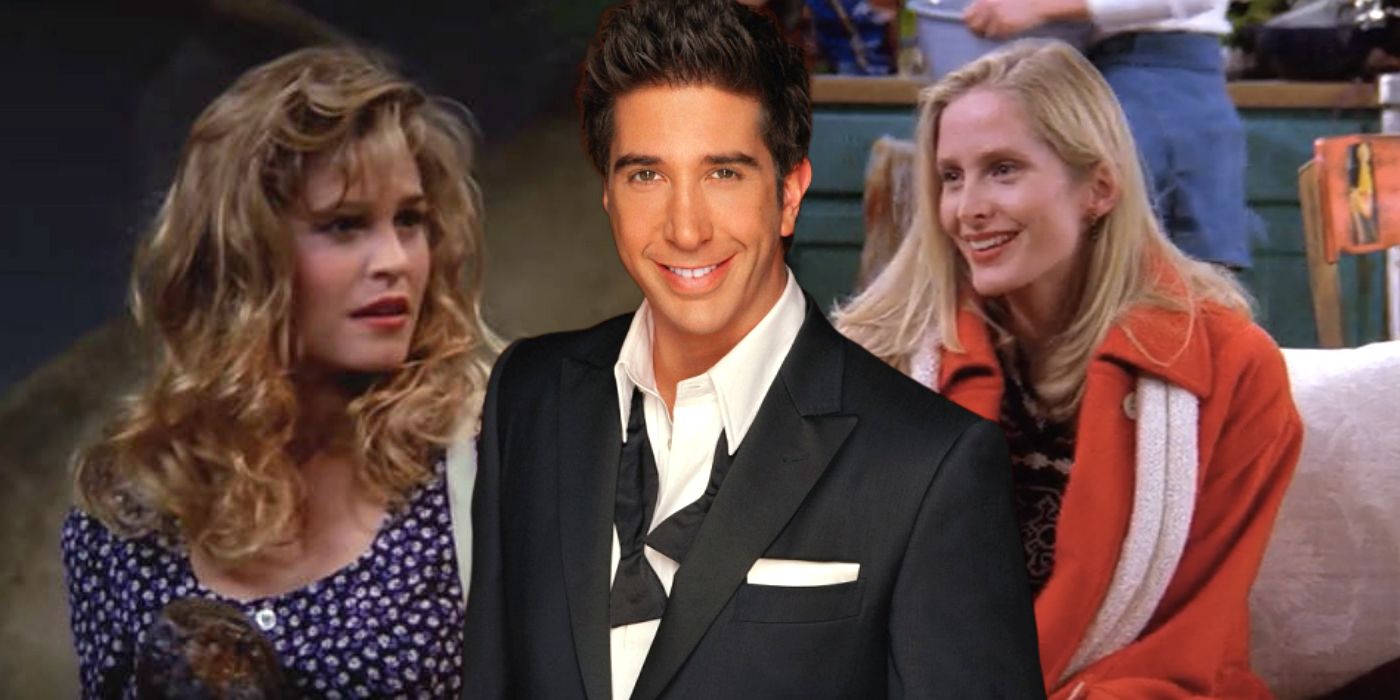 Friends had various guest stars and recurring characters that ended up having more relevant roles as the series progressed, but one stood out as they were recast after their first appearance: Carol, Ross’ ex-wife. Friends followed a group of six characters (Phoebe, Monica, Rachel, Joey, Chandler, and Ross) living in New York City, and throughout its ten seasons, viewers witnessed many ups and downs in their social, professional, and personal lives.

All of them had broken families, one way or another, and each went through unsuccessful relationships and awkward breakups, especially Ross. At the beginning of the series, Ross had just divorced Carol, his college girlfriend, who had recently come out and left him to live with her partner, Susan. Carol was introduced in the second episode of Friends, “The One with the Sonogram at the End,” in which Ross’ son Ben entered the picture for the first time and viewers learned that Carol was pregnant with his child. However, the Carol audiences met here wasn’t the same as in the following episodes.

Related: Friends: Were Ross & Rachel On A Break?

Carol was initially played by Anita Barone, who had previously appeared in the comedy series Carol & Company and in one episode of Seinfeld, where she played a chef that wanted Elaine Bene’s shoes. Barone had originally auditioned for one of the main characters in Friends but was offered the recurring role of Carol instead. After playing her in one and only one episode, Barone quit, wanting to pursue a more full-time role, and she was replaced by Jane Sibbett. Although never a main character, Carol appeared in Friends often enough for viewers to always take her into account, and along with Susan, she was at the center of the story in the episode “The One with the Lesbian Wedding.”

Barone didn’t exactly get the full-time role she was looking for after leaving Friends. She starred in the first season of The Jeff Foxworthy Show and the short-lived The War At Home. Among her most recent roles are Georgie Jones (CeCe’s mother) in Disney Channel’s Shake It Up and one episode of K.C. Undercover. After her role in Friends came to an end, Jane Sibbett appeared in a couple of films and a few episodes in some TV shows, such as Sabrina the Teenage Witch and Once and Again.

Friends actor Jane Sibbett has remained active in her career since her appearance as Carol Willick. Most of her success happened alongside her time on the sitcom, as she was a series regular on Herman’s Head and had a starring role in the Mary-Kate and Ashley Olsen film It Takes Two opposite Steve Guttenberg and Kirstie Alley. She had various appearances on ’90s favorites like Touched By an Angel, Sabrina the Teenage Witch, and The Nanny, as well as Ally McBeal. Most recently, Jane Sibbett has had roles in the made-for-TV movies A Date by Christmas Eve as Didi Dougherty and List of a Lifetime as Dr. Elisabeth Boyer. She’s soon set to appear in a television series called Manopause as Amanda Newman, which has only recently been announced.

Carol was never intended to be a main character, but she and Susan were helpful in Friends’ success and a good step towards representation and inclusion on mainstream TV, with the characters being called a “positive example of a gay couple on television” by GLAAD. It’s unknown if Barone knew how frequent Carol’s appearances were going to be or if the character’s role grew as the series progressed, but even though she appeared in only one episode, it’s one change that fans of Friends haven’t forgotten.

Next: Friends: Why Russ Is Played By “Snaro” (When It’s Really David Schwimmer)

Ross’ ex-wife, Carol, was a popular recurring character throughout Friends’ run, but she was recast very early on. Here’s why.