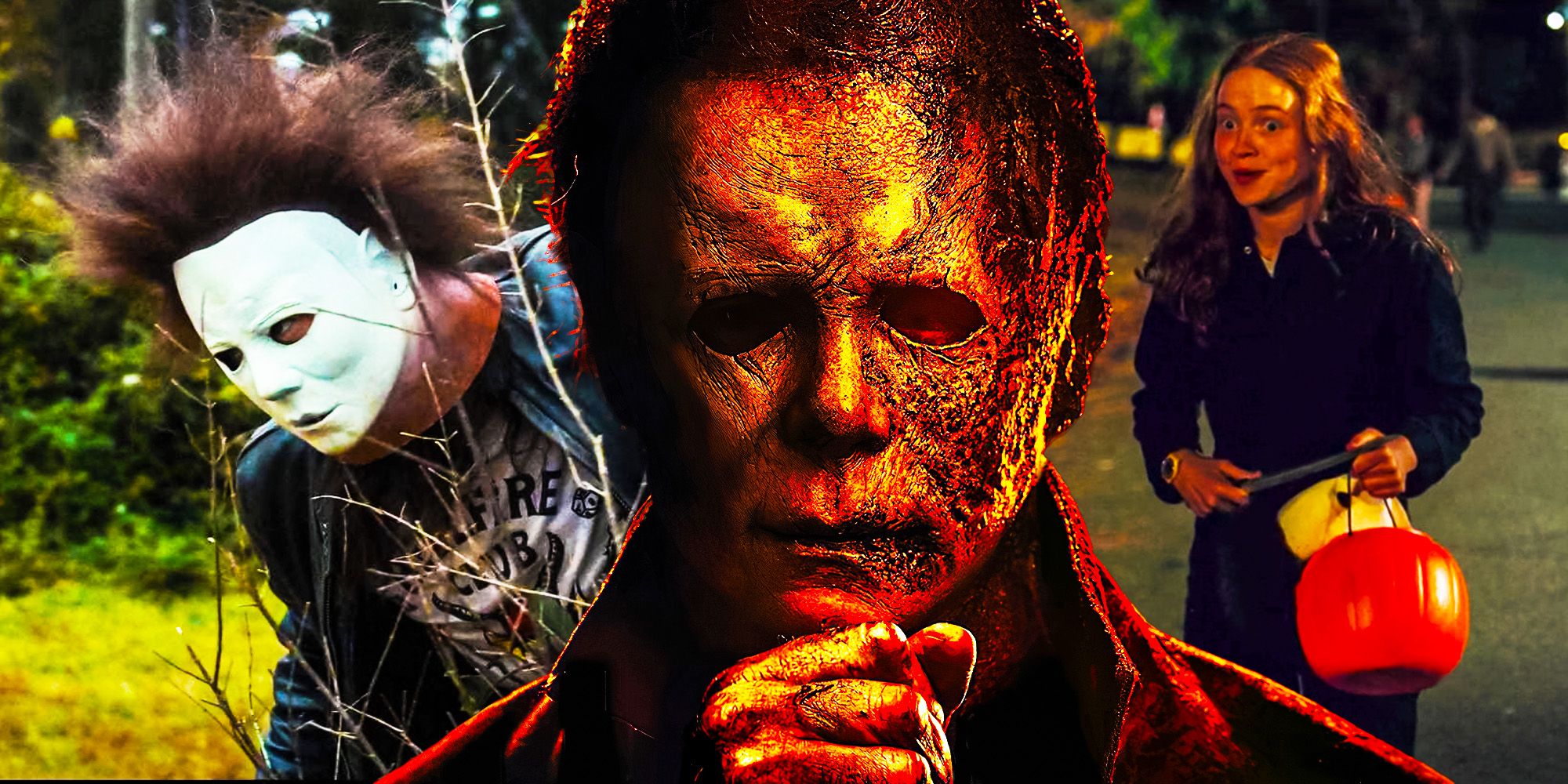 An eerie fan theory for Stranger Things season 4 suggests that since Eddie was wearing the Michael Myers mask, he won’t stay dead for good. While Stranger Things’ on-screen deaths have so far never set up a complete resurrection in the next season, viewers are holding out hope that fan-favorite character Eddie Munson’s fate won’t stay permanent. Alongside hints about Eddie taking on the role of a referenced Dungeons & Dragons character, one theory speculates that Halloween’s Michael Myers holds the answers for Eddie’s return.

While Eddie only had one season to shine and captivate audiences, the character indisputably has the most devastating death in Stranger Things. He spent Stranger Things season 4 on the run after he was accused of killing Chrissy Cunningham, who was actually murdered by Vecna/Henry Creel. As Eddie was introduced to the true nature of the Upside Down, Vecna’s curse, and the danger that Hawkins was in, Eddie teamed up with Dustin Henderson and friends to try to kill Vecna. In a final moment of incredible heroism, Eddie sacrificed his own life as he stood against a swarm of Demobats in order to buy his friends time. While Eddie’s death was confirmed by Stranger Things’ showrunners, theories have abounded about how the character could return for the final season.

Outside of the mask, Stranger Things season 4 clearly established that Vecna was the show’s version of Michael Myers. Not only was he able to miraculously evade death on multiple occasions, but Vecna also had an eerie connection to his childhood home where he committed his first murders. In a not-so-subtle tribute to Halloween, he seemingly fell to his death directly from the window of his childhood family home after Nancy shot him, only for the Stranger Things teens to walk outside and find that Vecna’s body had mysteriously vanished, his whereabouts unanswered. Similar to Michael Myers, as a kid, Vecna/Henry Creel murdered his sister and was sent to an institution, though Stranger Things would place him in the experimental Hawkins Lab rather than a mental health unit.

The first direct comparison between Vecna and the classic villain Michael Myers comes from Eddie Munson’s uncle in his conversation with Nancy. While he calls Henry’s father, Victor Creel, the Bogeyman, the nature of the comparison is really referring to Vecna, who was the true culprit behind the “eyeball murders.” With so many explicit and subtle references to A Nightmare on Elm Street and Halloween, season 4 clearly situated Vecna as both Stranger Things‘ Freddy Krueger and its Michael Myers.

Related: 1 Eddie Scene Teases His Return In Stranger Things 5… As A Villain

Not only does the Michael Myers mask connect to Vecna, but a compelling fan theory suggests that those who wear the mask are able to escape death. The biggest piece of evidence for this theory comes from the character Max Mayfield, who wore the Michael Myers mask in Stranger Things season 2 before being essentially killed by Vecna in season 4. While Max’s heart stopped for over a minute, Eleven used her powers to resurrect her — she’s now alive but braindead and blind heading into Stranger Things season 5. The Stranger Things theory speculates that after Max’s horrifying death and resurrection in season 4, a similar fate could be in store for Eddie in season 5, as he was the only other character to wear the mask.

Since Max only briefly died, the same could be true for Eddie in the Upside Down, as it’s unclear what happened to his body. However, Eddie’s resurrection isn’t very likely, though, and could undermine the powerful effect that his death had on Dustin Henderson and the arc of his redemptive heroic sacrifice. Stranger Things is well-versed in death fakeouts, such as Hopper’s at the end of season 3, but as beloved as Eddie is, bringing him back for Stranger Things season 5 would augment the criticisms of the show’s inability to kill off major characters. With Vecna already being established as Stranger Things’ Michael Myers, the Halloween mask seems to just be a fun nod to the iconic horror movie rather than a hint at Eddie’s season 5 return.

Some viewers have theorized that Vecna will bring Eddie back to life and use him as part of his army, perhaps controlling Eddie’s body as his “puppet master,” which was hinted at by Eddie’s tattoos and Upside Down song. Others have speculated that Joseph Quinn’s character will come back through the Upside Down as Kas the Destroyer, perhaps becoming the character who ultimately kills Vecna. The latter is the most compelling theory for how Eddie can return in Stranger Things season 5, which is supported by the idea that the Demobats will bring the character back to life and turn him into a vampire. In the game Dungeons & Dragons, Kas was Vecna’s former servant who became vampiric while in another dimension, later returning to battle the villain. With Eddie’s blatant connection to bats throughout Stranger Things season 4, this seems to be the most likely way for the character to be resurrected in season 5.

Next: Eddie’s Death In Stranger Things Was Actually Better Than The Alternative

A Stranger Things season 4 fan theory speculates that Eddie Munson is alive, as his wearing a Michael Myers mask sets up his resurrection in season 5.