Did Carter Expose Jimmy In Black Bird Episode 5, Or Did He Imagine It? 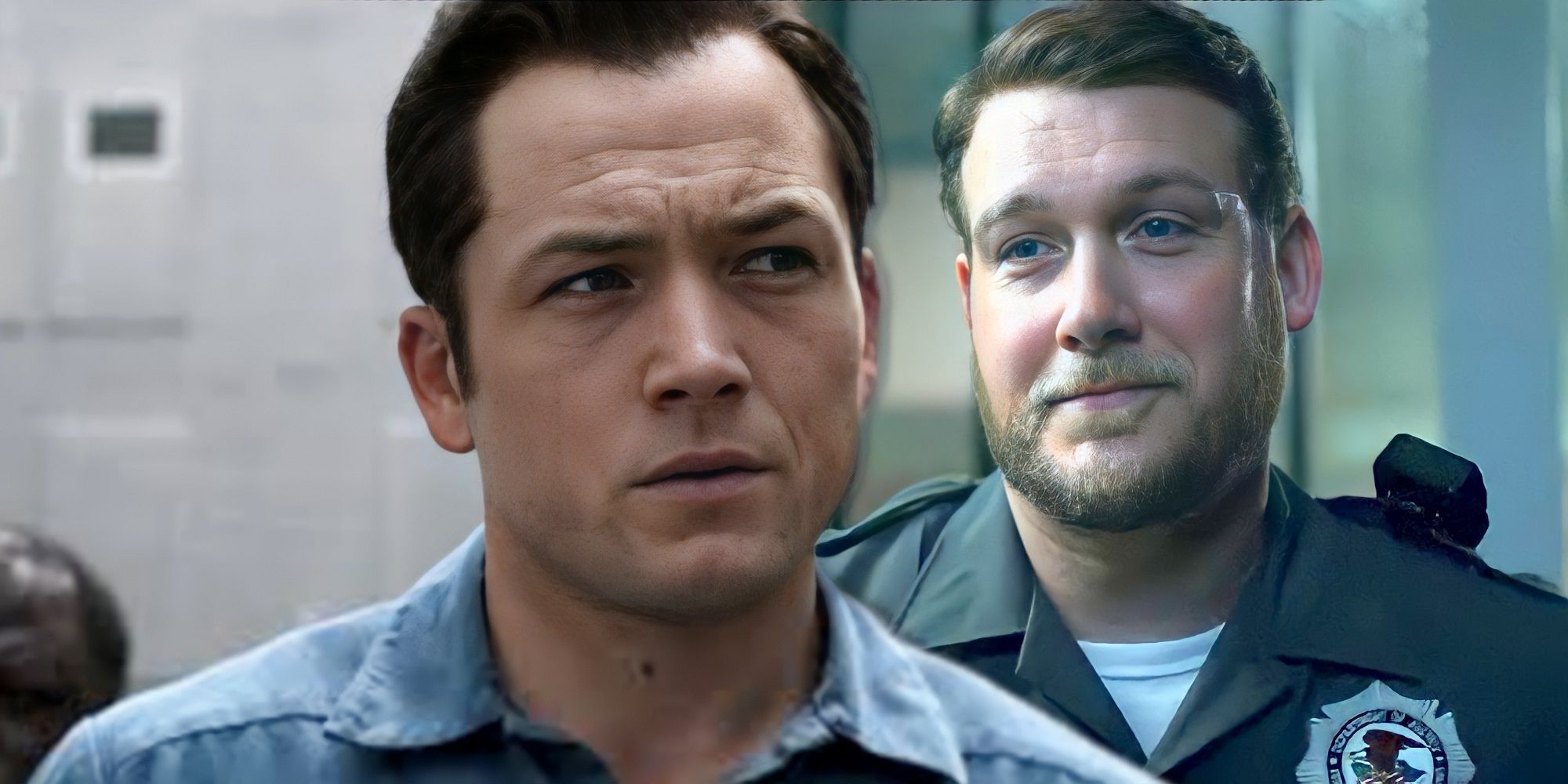 Did Carter Expose Jimmy In Black Bird Episode 5, Or Did He Imagine It?

As Black Bird episode 5 sets the stage for its crescendo, one of its scenes reveals that Carter may have finally blown Jimmy’s cover – yet Jimmy’s spiraling mental health also suggests that there is more to this scene than meets the eye. Based on a true story, Black Bird manages to captivate with its immersive prison setup and brilliant character performances. In episode 5, the show builds up a palpable sense of peril for its finale while ensuring that some of the elements of its overarching storyline remain shrouded in mystery.

After laying the groundwork for its characters and their surface-level identities in the first two episodes, Black Bird delves deeper into their backstories and underlying vulnerabilities. Throughout the Apple TV series’ runtime, there is a complex power dynamic between Jimmy and Larry, where Jimmy initially seems to have the upper hand. However, as Larry begins to trust Jimmy (aka James Keene) and reveals his true nature, it is Jimmy who succumbs under the weight of his own empathy — and Larry’s lack thereof.

RELATED: Black Bird: Did Lauren REALLY Have Another Candidate Besides Jimmy?

In Black Bird episode 5, it becomes evident that prison medications and Larry’s grisly confessions of his crimes are taking a toll on Jimmy. As Jimmy’s stoic shell begins to break, he walks around the prison with a looming sense of paranoia and becomes an unreliable narrator. One scene that perfectly portrays his declining mental health is when he walks into the prison yard and somehow believes everyone is staring at him. However, moments later, he snaps out of it and realizes all prisoners are busy minding their own business. Soon after, Jimmy (played by Taron Egerton) catches correctional officer Carter talking to Vincent while pointing in his direction. Since this scene is strictly portrayed from Jimmy’s skewed perspective, it could mean it was all in his head.

Although it is possible that Carter finally decided to expose Jimmy to Vincent, Jimmy’s unreliable narration throughout the episode indicates that he is only imagining the scenario. Despite his best efforts, Jimmy fails to fulfill Carter’s demands. Therefore, it is possible that Carter eventually lost his patience and told Vincent that Jimmy is a mole working for the FBI. However, as established in the closing moments of Black Bird episode 5, Jimmy is having difficulty sticking to his mission and eliciting a confession from Larry. He tries to keep his cool around serial killer Larry Hall and even pretends to approve of his violent actions, but when he cries alone in his cell in episode 5’s climax, it becomes evident that the job is proving to be a lot more mentally jarring than he had initially anticipated. With all the tides of his mission turning against him, it would make sense for Jimmy to imagine Carter’s confession as the final nail in his coffin.

Jimmy’s growing uneasiness escalates when he learns that his old therapist, who knew about his mission, has been replaced. While it is understandable that he is suspicious of the new therapist’s motives, she seems to mean well. She could offer him a helping hand when things get ugly in prison, but Jimmy’s flawed judgment of everything around him in Black Bird episode 5 now puts him in a dangerously lonely place.

In Black Bird episode 5, did Jimmy imagine Carter exposing him to Vincent, or did Carter actually lose his patience and sign Jimmy’s death sentence?