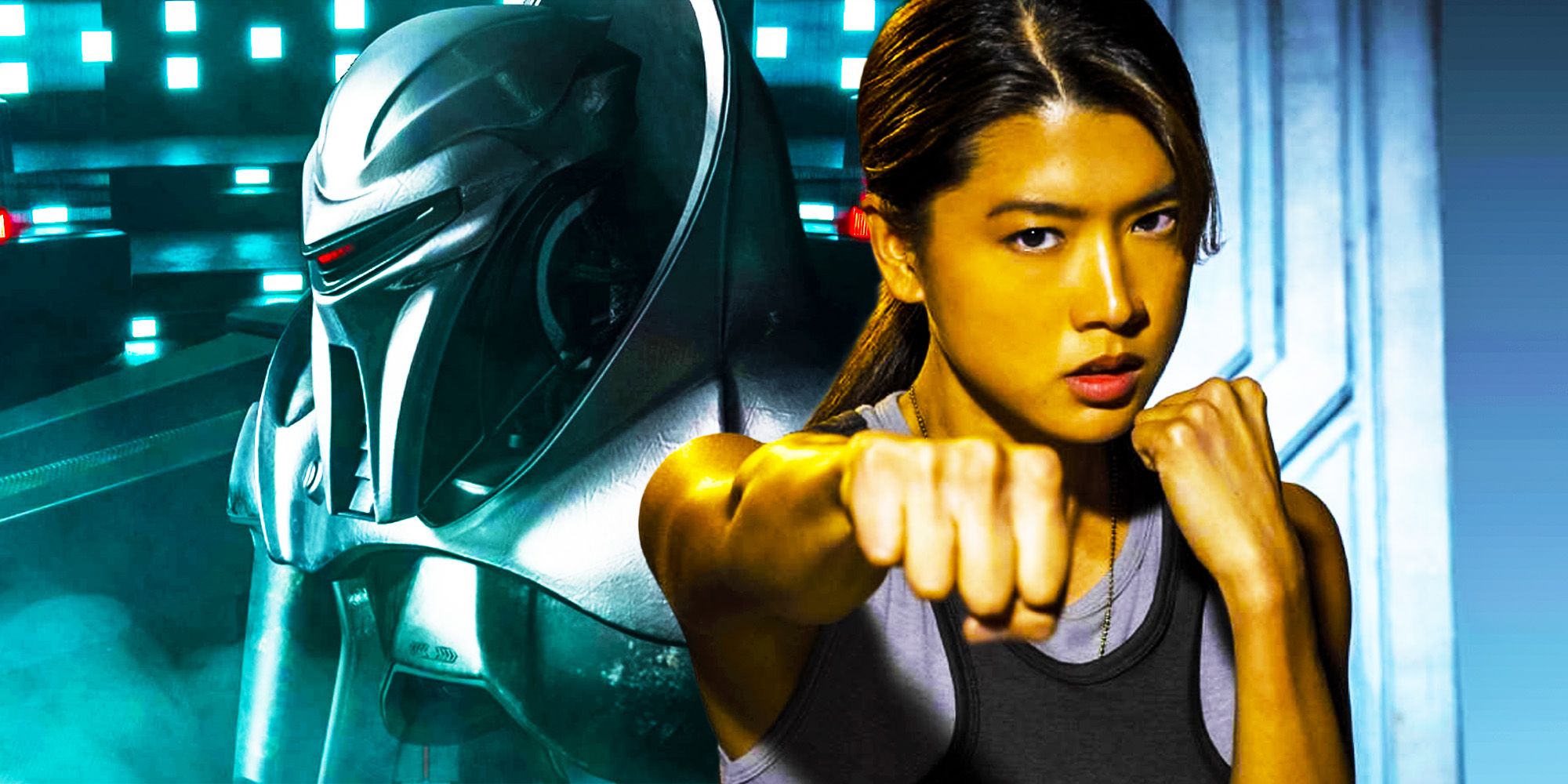 Although Battlestar Galactica and its various webisodes and spinoffs have not aired for several years, one particular abandoned story would’ve resolved an impactful Cylon question. The harrowing space epic, whose first iteration was developed in the late 1970s, undertook a journey of decades as the last webisodes/TV movie aired in 2012. However, one of the later spinoffs would have provided answers about the show’s infamous antagonists, the Cylons.

Battlestar Galactica’s last full TV series was the prequel series Caprica, which chronicled the first development of the Cylons in one of the Twelve Colonies. Set 58 years before the events of the 2004 show, Caprica detailed the story of Daniel Graystone (Eric Stoltz) and Joseph Adama (Esai Morales), as they struggle in the wake of the deaths of their daughters, Tamara Adama (Genevieve Buechner) and Zoe Graystone (Alessandra Torresani), and their fault in creating the Second Cylon War. The show also establishes the early basis for the Cylons’ monotheistic religion from the cult of the Soldiers of the One (STO), how the Cylons became sentient and began to form a unique society in the first place, and the original tensions between humans and the machine race. Additionally, the show deeply portrays the ancestry of Commander William (Bill) Adama (Edward James Olmos in the 2003-2009 installments), particularly concerning both his dead siblings, including the brother he was named for, William (Sina Najafi).

Related: Why Battlestar Galactica Never Had Any Aliens

However, while Caprica‘s singular season revealed much in terms of the origins of the conflicts in Battlestar Galactica, the second season would have developed truths with personal import for Commander Adama. In an interview with Kevin Murphy, Caprica co-executive producer and showrunner, (via The Caprica Times), Murphy explained how the second season would have jumped five years into the future and caught up with returning Battlestar Galactica characters on the brink of war with the Cylons, and even introduced young Commander Adama. However, even more critically, a second season would’ve resolved how Zoe and Tamara, as digital avatars, “became the basis for the Eights. Zoe was the Sixes,” said Murphy.

Connecting Commander Adama to the Cylons in such an intimate, personal way would’ve been a huge step for the Battlestar Galactica franchise as a whole. It would’ve changed his origin story, as the additional dynamic of some of the “Significant Seven” Cylon models being based on his sister would have deeply impacted his character during his academy training and during his time in the First Cylon War. It would’ve also added significant tension regarding how much Adama knew about his sister’s potential development into one of the 12 human Cylon models and adding layers to his later escape and the reveal of Cylon moles aboard the Battlestar Galactica, and overall added an aspect of increased familial tension to Adama’s arcs in the latter series.

Thematically, this move to resolve the personal origin of the Cylons in Battlestar Galactica would’ve also added to the ideas of cyclical violence by including an intergenerational facet. By showing that the Cylon-human wars were, in a way, between a brother and a sister, this would have further emphasized how conflicts don’t just involve the participants harming each other, but their loved ones. Even though this idea of Zoe and Tamara as the basis for important Cylon models was only heavily discussed, it still shows the emotional depth Battlestar Galactica was willing to invest in and why it has such an impact on so many viewers, even after it was brought to an end when Battlestar Galactica season 4 was canceled.

Next: One Hurdle The Battlestar Galactica Reboot Will Have To Overcome

A Battlestar Galactica story from the abandoned second season of Caprica would’ve resolved a Cylon question that explored the androids’ origins.