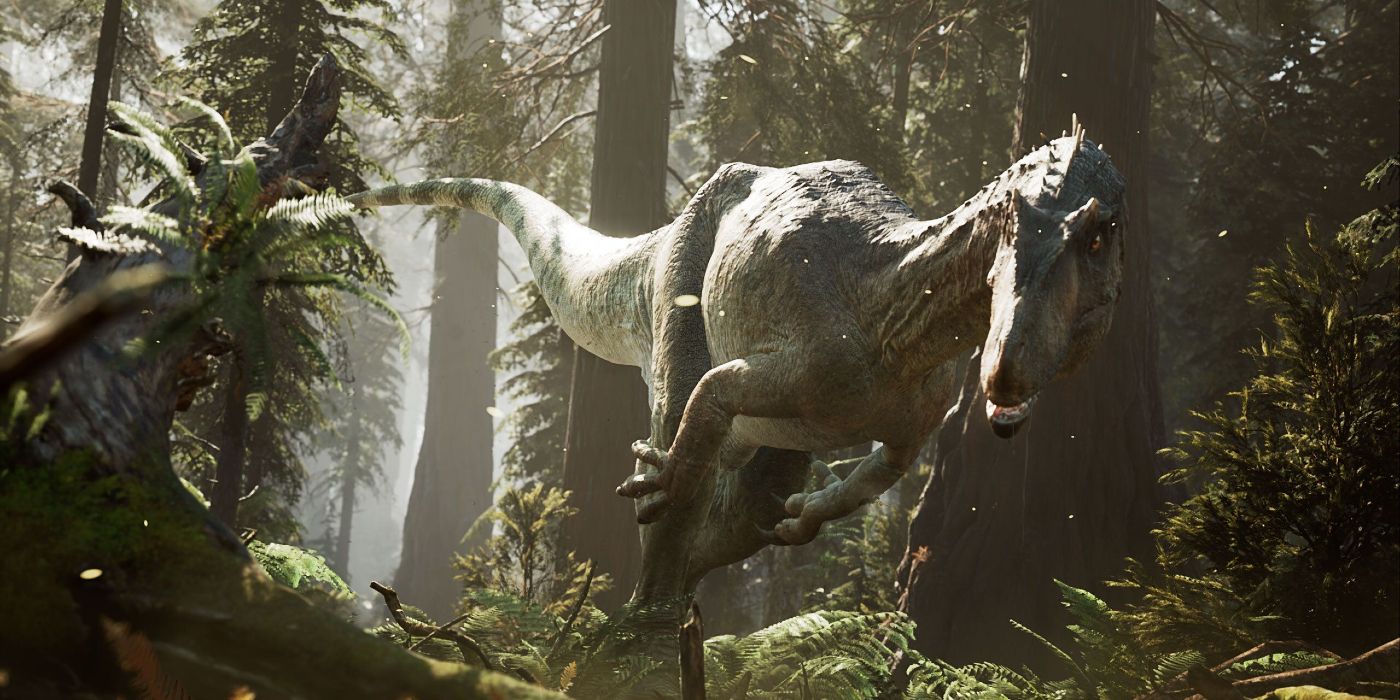 A new dinosaur horror game, The Lost Wild, has been revealed as part of Outer Wilds and Stray publisher Annapurna Interactive’s latest showcase. The reveal came alongside a trailer that previewed gameplay, a tense atmosphere, and a Jurassic Park-style world dominated by fearsome dinosaurs.

Annapurna Interactive’s showcase took place in Los Angeles on July 28 and revealed new titles such as Hindsight, a narrative exploration game that spans the entirety of a woman’s life from birth to the present day, and multiplayer co-op title Flock, which sees players collecting and playing as a variety of flying creatures that sour above beautifully crafted landscapes. The showcase also announced several new partnerships, including Kentucky Route Zero devs Cardboard Computer, and If Found… studio DREAMFEEL. It also delivered some shadow drops, such as What Remains of Edith Finch coming to PlayStation 5 and Xbox Series X|S in native 4k60, and Hohokum coming to Steam.

Among these announcements was The Lost Wild, a survival horror adventure game developed by Great Ape Games that sees players stranded on an island ruled by intimidating dinosaurs. A trailer that’s now available on Annapurna Interactive‘s YouTube channel showed off some of The Lost Wild‘s survival elements, with players assuming a first-person perspective as they use tools such as compasses and flares to navigate the lush wilderness – all the while with dinosaurs lurking behind overgrown foliage, ready to strike. The trailer displayed a range of both herbivorous and carnivorous dinosaurs, which will pose a threat to players as they try to unravel the mystery behind the abandoned research facilities across the island – similar to Jurassic Park.

The Lost Wild is the latest in a resurgence of dinosaur-horror titles such as Jaw Drop Games’ Deathground that are sure to please fans who have been longing for a return to the genre. The acclaimed 1999 game Dino Crisis is rumored to join PlayStation Plus‘ Classics collection, although fans have long been hoping for an official remake from Capcom in the same vein as Resident Evil 2. Deathground sees players able to fight back against the dinosaur threat with three different character types, but it’s yet to be seen whether The Lost Wild will involve combat gameplay, or if players will have to hide from their foes like other horror titles such as Outlast.

The Lost Wild is available to wishlist now on Steam. Although there is no specific release date, it is currently listed for a release date in 2024.