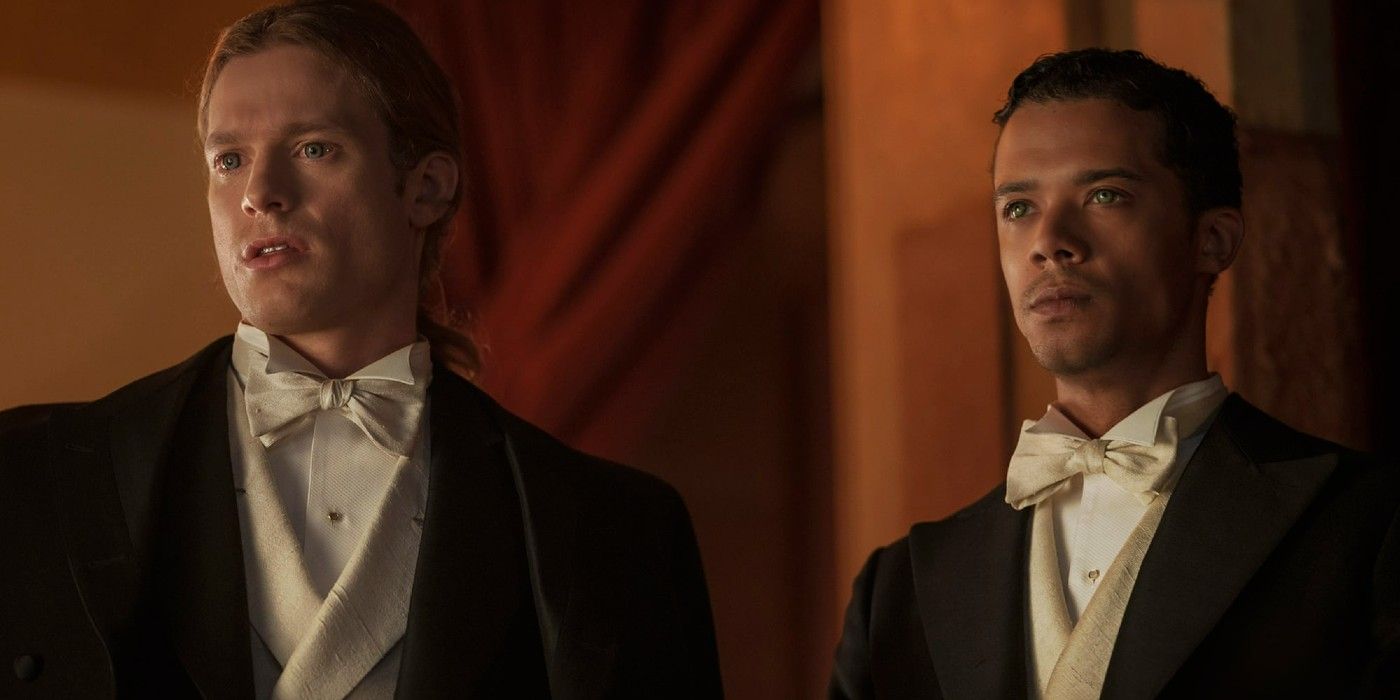 Interview with the Vampire has confirmed Claudia’s age. Originally a gothic horror novel that served as a prelude to author Anne Rice’s The Vampire Chronicles book series, Interview with the Vampire received the big screen treatment in 1994 with a film by Neil Jordan. The movie adaptation starred Tom Cruise as Lestat de Lioncourt and Brad Pitt as Louis de Pointe du Lac, with Kirsten Dunst playing Claudia. The movie was successful and WB continued the franchise in 2002 with a standalone sequel Queen of the Damned, which proved to be a critical and commercial flop. AMC has since acquired the rights to Rice’s novels.

Created by Friday Night Lights‘ Rolin Jones, Interview with the Vampire will air eight episodes beginning October 2, 2022, on AMC+. Game of Thrones‘ Jacob Anderson and The Newsreader‘s Sam Reid lead the cast as Louis and Lestat respectively. A recent trailer for Interview with the Vampire showed a modern-day Louis recounting his paranormal life to the interviewer (Eric Bogosian), and it seemed that the show hearkened back to the classically ominous tone of the source material. While the adaptation seemed faithful and accurate in the video, actress Bailey Bass’ (Avatar: The Way of Water) casting as Claudia raised some eyebrows, as the star was noticeably older than her character from the books.

Related: The Interview With The Vampire Series Is Making The Same Mistake Again

During Interview with the Vampire‘s panel at the San Diego Comic-Con, where Screen Rant was in attendance, Claudia’s age in the new show was confirmed. A panelist explained that Claudia is 14 in the AMC+ series, although, in Rice’s first novel and the movie adaptation, she was 5 years old when Louis and Lestat encountered her. The reason behind the age change was not explained.

Although it’s a significant change from the source material, Claudia’s image in the new show isn’t totally unexpected. As producer Mark Johnson explained, Interview with the Vampire season 1 contains the essence of Rice’s work, but it has been upgraded for contemporary viewing. In fact, unlike the film adaptation, Claudia will be introduced quite late into the show, and her main story is being reserved for potential future seasons. Considering this different approach, in addition to increased diversity within the cast, it makes sense for Interview with the Vampire to switch a few things up, potentially as it allows the series to give richer backstories to its characters.

Since Claudia doesn’t age physically in Rice’s lore and remains in a 5-year-old’s body, there would have been some practical challenges in casting the character, specifically as the portrayal requires her to mature psychologically as time passes. The 1994 film had 10-year-old Dunst play Claudia, but it’s difficult for a child that age to master the nuances of a grown-up. Having a teenage Claudia in Interview with the Vampire, however, eliminates that challenge. Considering that Bass, who plays the character, is 19 herself, it will be easier for her to explore Claudia’s complex character trajectory while simultaneously delivering a more emotive and authentic performance.

Next: Why The Interview With The Vampire Show Should Retcon Anne Rice’s Book

As revealed during San Diego Comic-Con, AMC+’s Interview with the Vampire television adaptation has changed Claudia’s age from the Anne Rice novel.