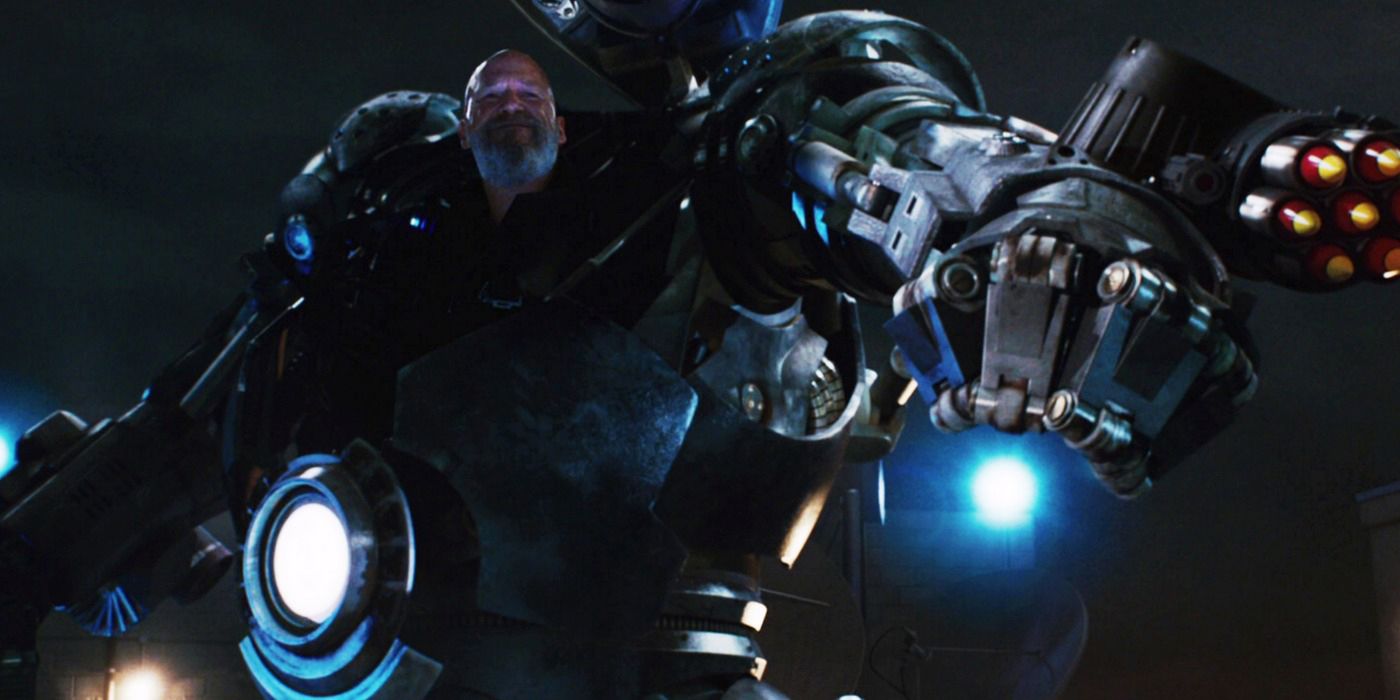 Gorr the God Butcher certainly made an impact in Thor: Love and Thunder as the latest formidable Marvel villain to hit the big screen, and the Scarlet Witch demonstrates the height of her powers in Doctor Strange in the Multiverse of Madness. The Marvel Cinematic Universe has featured a number of memorable villains, each of whom has given their respective heroes a major challenge over the course of their individual films. At the end of the day, every villain is ultimately defeated, bringing an end to their reign of terror.

However, not every villain is taken down by their archnemesis. In fact, there have been several notable instances throughout the MCU in which a major villain is defeated by someone or something other than the film’s main hero.

Jeff Bridges has the distinction of portraying the first villain of the Marvel Cinematic Universe, appearing as Obadiah Stane, better known as the Iron Monger, in Iron Man. Using his position at Stark Industries, Stane dealt weapons to both the government and terrorist organizations abroad, turning a profit by exacerbating the war.

In the climactic fight between Iron Monger and Iron Man, Stane’s armor is damaged when Tony tricks him into surpassing the altitude the suit’s systems could withstand. While atop Stark Tower, Stane attempts to kill Tony without the help of his targeting computer, but Pepper Potts activates an electrical surge that kills the villain before he can succeed.

The Red Skull is played by Hugo Weaving in Captain America: The First Avenger before being sneakily recast with Ross Marquand for Avengers: Infinity War. In his initial appearance, the Red Skull, acting as the leader of the Nazi science division known as Hydra, attempted to locate and attain the Tesseract, which was eventually revealed to be the Space Stone.

After a lengthy battle with Captain America, the Red Skull emerges victorious, finally holding the Tesseract in the palm of his hand. However, the stone itself rejected the Nazi villain, casting him out of his mortal existence and cursing him to guard the Soul Stone on Vormir for decades.

Guy Pearce portrays the supervillain, Aldrich Killian, in Iron Man 3. Killian ran an organization known as A.I.M, which created its own brand of supersoldiers using the Extremis compound. However, after his soldiers began to explode when overheated, Killian hid the failure of his experiments by fabricating an international terrorist plot.

After Tony and Rhodey manage to defeat Killian’s army of minions guarding the kidnapped president, Killian activates his own superpowers, declaring himself Tony’s greatest villain. Before he can kill the wounded hero, however, a superpowered Pepper Potts emerges, violently killing him in a massive explosion.

Kaecilius is the primary villain of the first Doctor Strange film and a disciple of Dormammu, ruler of the Dark Dimension. Portrayed by Mads Mikkelsen, Kaecilius and his zealots attempt to summon Dormammu into their world, hoping to attain everlasting life in his presence.

By the end of Doctor Strange, Kaecilius actually achieved his goal of summoning Dormammu, only for Doctor Strange to reveal the unfortunate side effect of his quest. Kaecilius and his followers are rewarded with everlasting life by their master, though their eternal existence is cursed to forever be one of torment and pain in a realm defined by darkness.

Hela is the firstborn daughter of Odin who returns from Hel in Thor: Ragnarok, seeking revenge against her family and rulership over Asgard. Played by Cate Blanchett, Hela banishes her brothers and crowns herself queen of Asgard, attempting to squash any rebellion among the city’s inhabitants.

Hela is one of the few MCU villains who very nearly succeeded in her wicked endeavors. However, after Thor realizes that he isn’t powerful enough to defeat her, he sends Loki to awaken the sleeping god Surtur, who destroys Asgard, just as the prophecies foretold. Hela, whose power was tied to Asgard itself, is killed in the ensuing destruction.

Erin Kellyman’s Karli Morgenthau was the leader of the Flag-Smashers, a terrorist organization that aimed to return life to what it had been before the Blip. As one of the primary antagonists of The Falcon and the Winter Soldier, Karli takes super-soldier serum in order to further her extremist goals.

While hunting down Sam Wilson, Karli discovers that Sharon Carter is the mysterious Power Broker, the very individual that had given her the super-soldier serum in the first place. As recompense for her failures, Sharon shoots Karli, killing her before she can reveal the Power Broker’s true identity to Sam.

Tony Leung portrays Xu Wenwu in Shang-Chi and the Legend of the Ten Rings. As the leader of the titular Ten Rings terrorist organization and the wielder of the powerful weapons for which the organization is named, Wenwu travels to the mythical realm of Ta Lo in order to break down the barrier that he believes is separating him from his deceased wife.

Wenwu may have had one of the worst villainous schemes in the MCU, but he is one of the most compelling antagonists in the entirety of the franchise. He is killed by the Dweller in Darkness after he sets it free, but not before sharing an intimate look with his son, passing on the rings of great power to him before dying.

Vincent D’Onofrio returns to the MCU in Hawkeye as the iconic Kingpin of Crime. Wilson Fisk is the leader of a major crime syndicate based in New York City which comes up against Clint Barton and his new apprentice Kate Bishop. Fisk attempts to consolidate power in the city despite their intervention, using the Track Suit Mafia to attack the two purple-clad archers.

During a fight with Kate Bishop, Wilson Fisk is injured after Kate’s mother hits him with a car. He attempts to make his escape in the ensuing chaos of the nearby battle but is discovered by Maya Lopez, whose father he had murdered. Maya seemingly shoots Fisk in the head, though his confirmed appearance in the Echo Disney+ series implies that he survived his injuries.

After years of heroism as a member of the Avengers, Elizabeth Olsen’s Scarlet Witch proved herself to be one of the most powerful villains in the MCU during the events of Doctor Strange in the Multiverse of Madness. Grief-stricken over the loss of her twin sons, Wanda Maximoff goes on a rampage throughout the multiverse in search of a way that she can be with her children.

After America Chavez helps Wanda to see the horrors of her own actions, Wanda has a change of heart, destroying the Darkhold and bringing the Temple of Chthon down around her. Wanda is seemingly killed in the destruction, though many fans suspect that they have not yet seen the last of the Scarlet Witch.

Najma, portrayed by Nimra Bucha, is a member of a group of exiled Djinn seen in the Ms. Marvel Disney+ series. Along with her compatriots, Najma attempts to use Kamala Khan’s powerful bangle to transport them back to their realm of origin, even if such exertion would kill the burgeoning superhero.

Najma eventually dies after finally opening the portal leading back home. Knowing that her home realm would reject her presence, Najma enters anyway, believing such an action to be the only way to keep the portal from destroying the world. She sacrifices herself despite Kamala’s pleas to the contrary, with her last thoughts directed toward her son Kamran.

NEXT: 10 MCU Characters That Still Haven’t Become Their Superpowered Counterpart

Villains in the Marvel Cinematic Universe are always defeated eventually but their end is not always brought about by the movie’s main heroes.