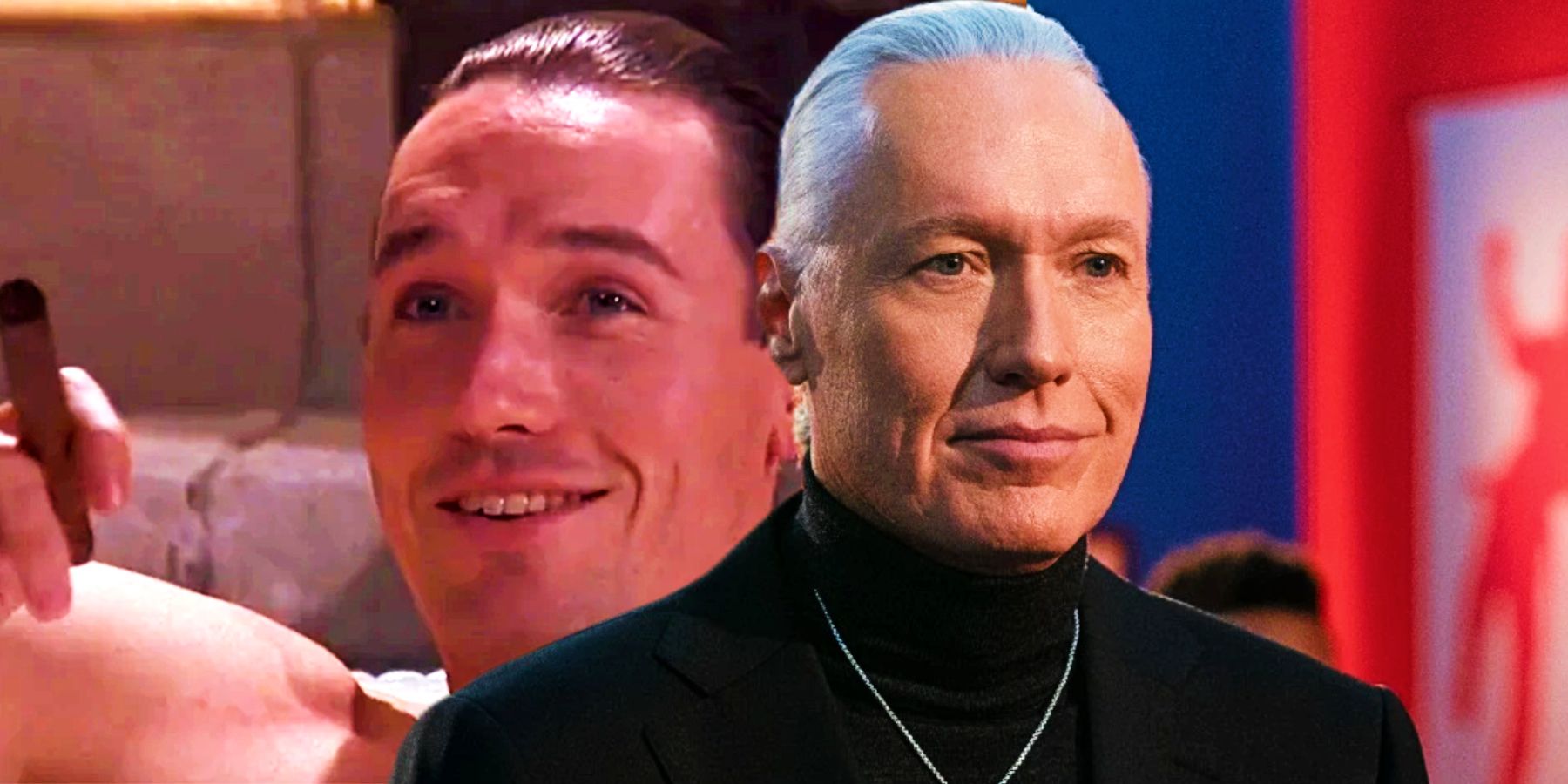 Terry Silver returned in Cobra Kai season 4, but it is season 5 that can actually bring the true version of the Karate Kid 3 villain back. Ever since Kreese appeared at the end of Cobra Kai season 1, the Karate Kid legacy show made it clear that a wide range of cameos and returns from the original movies could be expected. After teasing Terry Silver throughout season 3, Cobra Kai finally brought the villain into the mix – but with significant changes regarding how he was portrayed in Karate Kid 3.

Cobra Kai season 3 had already started the change in Terry Silver’s character by offering a better insight into the relationship between him and Kreese. Through flashbacks, Cobra Kai explained why Silver was so loyal to Kreese in Karate Kid 3, to the point the millionaire villain gave Kreese the Cobra Kai dojo and later assisted in the revenge against Daniel LaRusso and Mr. Miyagi. By depicting the traumatic experience Kreese and Silver struggled with during their youth, Cobra Kai season 3 set up a much more human Terry Silver in season 4.

Related: Jackie Chan Can Still Appear In Cobra Kai (Despite The Timeline Problem)

Terry Silver in Karate Kid 3 is the epitome of an ‘80s cheese villain. There were really no motivations behind the character, and he seemed to be a bad guy just because he liked it. Thomas Ian Griffith’s Silver was over the top throughout the entire movie, with the exception of the moments he was trying to gain Daniel LaRusso’s confidence. When at home, Silver was either intensely training karate or smoking a cigarette by his bathtub while orchestrating toxic waste schemes – all with a huge smile on his face. However, in Cobra Kai season 4, Terry Silver is a much more restrained and serious antagonist. There were still glimpses of that Karate Kid 3, but Silver was now a much more standard antagonist than an ‘80s villain. That said, considering the way that the Cobra Kai universe has proved itself able to blend the silliness of the Karate Kid movies with a sense of realism and stakes, it’s a waste not to have more moments of the real Terry Silver on the show. This is something Cobra Kai season 5 could improve on, and there is actually a perfect setup for Silver to become more like he was in Karate Kid 3.

For most of Cobra Kai season 4, Terry Silver was reluctant to go back to his old Cobra Kai adventures with John Kreese. He had given up on karate entirely, and even the lack of the ponytail was meant to symbolize how this new version of Karate Kid 3‘s Terry Silver did not want to be his ‘80s self. Then, even after Terry Silver joined Kreese’s Cobra Kai to oppose Daniel LaRusso once again, the character was not given a chance to be himself. That is because, as soon as Silver noticed Kreese’s weakness, he had to put on an act to regain Kreese’s full confidence before the ultimate betrayal. However, after Kreese is arrested, Terry Silver cherishes while dancing and drinking – which shows that the real Terry Silver had always been there somewhere.

Terry Silver has taken over the Cobra Kai dojo and no longer has to play by Kreese’s rules. As such, he can finally show who he truly is, both as a sensei and as a villain. In the Cobra Kai season 5 trailer, Terry Silver is teaching the Quicksilver method in the dojo, suggesting that the Karate Kid 3 villain has truly returned to make his role on the show even better.

Next: Can Any Character Beat Terry Silver In Cobra Kai Season 5?

Cobra Kai reinvented Terry Silver as a more realistic antagonist, but it’s time for the Karate Kid 3 villain to return to his ’80s mode.