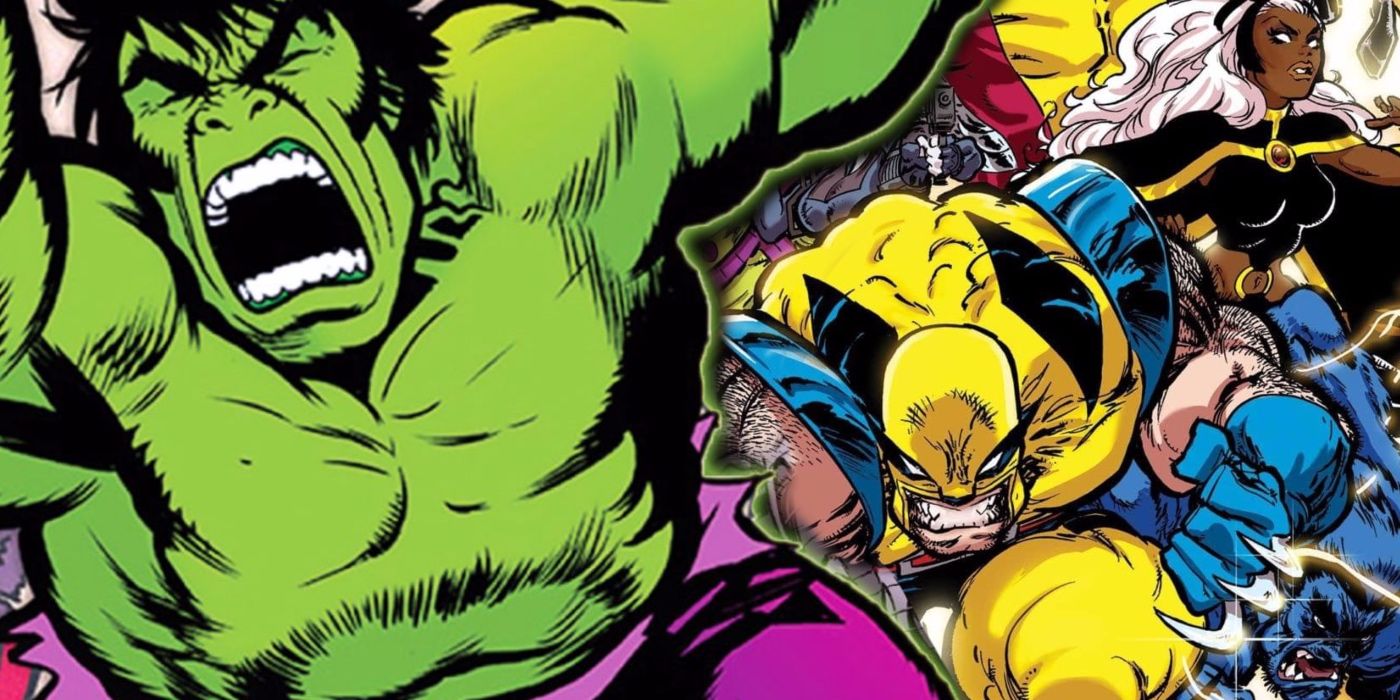 Most Marvel Comics fans are aware of how Bruce Banner first gained the gift–or curse–of his Hulk transformation, but the seeds for what would later become the Hulk began brewing inside of Banner’s mind when he was a child. The state of the world during that time gives the Hulk’s origin a horrifying secret connection to the X-Men.

Bruce Banner became the Hulk after he was blasted with gamma radiation during a bomb test conducted by the U.S. military. The traumatic event flooded Banner’s DNA with gamma, which turned him into a Jekyll and Hyde-like monster. Anytime Bruce would get angry or overly stressed, he would unwillingly transform into a hulking, green behemoth–a mindless rage monster that caused incredible amounts of destruction in its wake. Over time, Banner and Hulk were able to better communicate within their shared psyche and actually work together to achieve common goals. During this time, Hulk was a valued member of the Avengers, though the other heroes remained wary of him regardless of the amount of goodwill he had built up over the years. No matter what, the Avengers–and even the entire world–only saw the Hulk as a monster–something Bruce Banner had been going through his entire life.

The details of Bruce Banner’s childhood are put on full display in the Incredible Hulk #393 story “Psychological Ramifications of Gamma Radiation” written by Chris Cooper with art by Jack Kirby, Mike Mignola, Sal Buscema, Dale Keown, John Byrne, Steve Ditko, Herb Trimpe, Al Milgrom, and Todd McFarlane. In this story, Doc Sampson, Bruce Banner’s psychiatrist, is studying the inner workings of Banner’s mind to help him better understand his gamma-induced affliction. When Sampson describes Banner’s childhood, readers learn that he was abused both verbally and physically by his father, Brian Banner. Bruce’s dad constantly calls him an unlovable monster, and beats him while he does so. Sampson also adds that Bruce grew up at the height of mutant hysteria in the United States, indicating the sociological climate may have played a role in his father’s abusive behavior.

The idea that the nation’s fear and paranoia over mutants and the prospect of their own children becoming one actually contributed to Brian Banner’s alcoholism and abusive nature is not a far stretch. Brian believed that his son’s intelligence was a mutation, possibly a result of Brian’s own exposure to radiation as an atomic physicist. He saw his son as a monster, perhaps projecting his fear of mutants (and perhaps his own guilt) onto his own flesh and blood. Because of that constant abuse from his father, Bruce saw himself as a monster as well. Doc Sampson even theorized that gamma radiation turns people into their idealized selves, but if someone sees themself as a hideous monster as Bruce did, then that is what he would become.

What is interesting is that Brian actually created his greatest fear within his own son. Brian looked at Bruce and saw a horrible, mutated monster, which was a manifestation of the fear he felt over the rise of mutants in the United States, which then made Bruce see that in himself. Then, when Bruce was exposed to gamma radiation, he became the very thing Brian always saw him as–a monstrous, mutant, freak. The Hulk’s origin story is truly a tragic one, and much of his suffering is due in part to the X-Men as their mere existence struck fear so deep into the heart of Bruce’s father, that Brian’s own son became the outlet of his abusive rage.

Next: Wolverine & Hulk’s First Fight Had a Mind-Blowing Secret Purpose

The Hulk has gone toe-to-toe with the X-Men on a number of occasions, but his origin is actually linked to theirs in an absolutely heartbreaking way.