Every Resident Evil Movie, Ranked Worst To Best (According To IMDb) 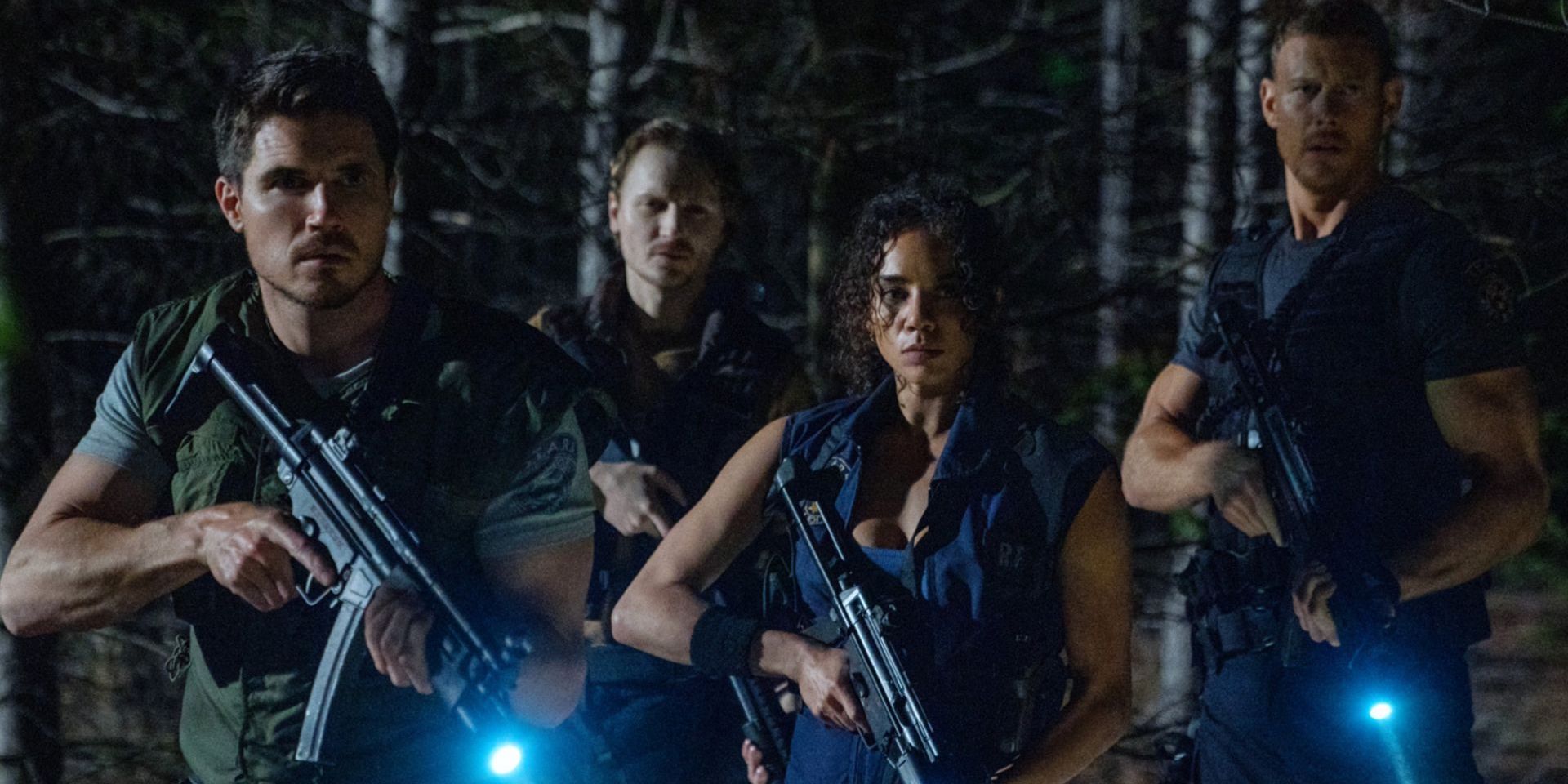 Every Resident Evil Movie, Ranked Worst To Best (According To IMDb)

The Resident Evil brand is as popular now as it was 20 years ago when the original game was remade, with more recent remakes of the classic games recapturing the world’s attention and new ideas, like a new live-action series on Netflix that strays from the typical formula, keeping its future interesting.

Video-game-to-movie adaptations have historically done poorly with critics and often with fans too. However, that’s beginning to change somewhat and the Resident Evil franchise has endured for far longer than any other game series in the world of film, with fans having even rated some of them quite highly. Let’s look at all of the Resident Evil movies, ranked by their IMDb scores, to see what’s made them work so well for so long.

Updated on July 18th, 2022 by Mark Birrell: What a fan considers to be the best Resident Evil movie depends on either their interest in the games, their interest in films, or sometimes even both. The Resident Evil movies ranked by their IMDb scores show how various different approaches to the material have delivered different results. No matter where the franchise decides to go next, the reaction to the Netflix series has shown that fans will definitely be holding the next installment to a rigorous set of standards.

Available to stream on Starz

The most recent Resident Evil movie rebooted the live-action side of the films and, as a change of pace, decided to take a much more direct approach to an adaptation of the storylines presented in the first two games.

When looking at the Resident Evil movies ranked by their IMDb scores, Welcome to Raccoon City comes dead last but both critic and audience scores on Rotten Tomatoes place it a bit higher than that. With a greater emphasis on slow-burning horror than was typical in the other live-action Resident Evil movies, it’s possible that its reputation amongst fans may improve as time passes.

Longtime franchise writer, producer, and director Paul W.S. Aderson’s penultimate movie in the live-action series of Resident Evil movies is a bit of a blowout extravaganza, arguably even more so than the final movie in the franchise, which has a similarly-split score on IMDb, showing that it wasn’t to every fans’ tastes.

Retribution finds main character Alice and a host of familiar faces teaming up and going head to head in all kinds of weird combinations thanks to the franchise’s shift towards cloning as a central plot device. Though clearly not as big a hit with fans as other installments, the huge and varied set pieces of the movie make up some of the franchise’s most entertaining moments.

Available to stream on Tubi

The grand finale of the original run of live-action Resident Evil movies, The Final Chapter converges many of the film series’ numerous characters and plot threads up to that point into one final dash to a twist-filled finish.

RELATED: The Best Resident Evil Movies, According To Ranker

Led by Alice, the last remnants of humanity wage war on the Umbrella corporation’s master plan for world domination with some revelations for the main character being saved for the very end. While a lot of actors returned for the last movie directed by Paul W.S. Anderson so far, a number of others didn’t, and many of the promises made in the last moments of Retribution weren’t delivered on, which has no doubt contributed to its low placement in the Resident Evil movie rankings on IMDb.

Though only a short animated movie that barely gets the 20-minute mark, it’s easy to see how Biohazard 4-D Executer managed to get a higher score from fans than a number of the huge live-action movies.

The simple story feels like it was ripped straight from the games and not just because of its gloriously nostalgic PS1 game graphics. The short is full of the kind of horror and suspense that made the original games as popular as they are but it’s not as complete an experience as many of the live-action or animated films.

Paul W.S. Anderson’s return to directing duties in the franchise reinvigorated the spectacle of the action with some memorably stylistic sequences, though its placement when looking at the Resident Evil movies ranked by IMDb shows that this wasn’t necessarily what fans wanted out of the series.

The movie opens by fulfilling the promise left by the end of the previous movie, which is something that the franchise didn’t always actually do, and the ridiculous action sequence involving an army of Alice clones was worth the price of admission alone to many.

Disposing of all the horror movie build-up that the first movie used, Apocalypse transforms the live-action Resident Evil movies into a purely sci-fi-action-based franchise and fans seemed quite happy with the results.

It was the moment when the live-action movies really started to demonstrate a self-reflexive sense of humor and it helps the quickly-paced story move along, though critics placed it last when looking at the Resident Evil movies ranked by their Rotten Tomatoes scores.

Much more in touch with classic zombie movies than previous installments, Extinction saw the live-action movies deviate more from the source material to become their own thing, and fans responded well to it.

Mostly a desert-set post-apocalypse movie in the vein of Mad Max, the third film in the live-action series pushed for things to get even bigger and wilder in the future and it forms the basis of what the rest of the live-action movies would work with, for better or worse.

Available to rent or purchase on Amazon Prime Video

RELATED: 5 Reasons Why The Live-Action Resident Evil Movies Are The Best (& 5 Why The Animated Movies Are Better)

Vendetta leans into the series’ love of long and elaborate action sequences and the improvements made in motion capture technology since the animated movies began allows for some of the most impressive fight choreography of the franchise overall.

Available to stream on Tubi

The second feature-length animated movie contains one of the most unusual and interesting plots of the cinematic side of things, balancing its shameless monster mash of some of the franchise’s most iconic enemies with political intrigue.

Leon is the out and out main character this time around and the personality that fans have come to know and love from the globetrotting zombie slayer really has the chance to shine through in this installment, which has surely helped secure it a high place in the Resident Evil movie rankings.

Available to rent or purchase on Amazon Prime Video

The first feature-length animated movie is a lot slower than the others, almost certainly as a result of the available technology at the time, but the resultingly dialogue-driven scenes add an often-missing sense of mystery to the story.

The success of Degeneration with fans demonstrates that slowing down isn’t such a bad thing for the stories featured in the Resident Evil movies.

Available to stream on Tubi, Crackle, and Hulu

Paul W.S. Anderson’s first live-action Resident Evil adaptation remains the highest-rated among fans and it’s almost certainly down to the fact that, of all the original run of feature-length movies, it’s the most concerned with focussing on the horror.

The 2002 film’s action scenes were still quite elaborate but it also puts quite a lot of work into building a frightening atmosphere, and that’s clearly resonated with fans over time more than any explosion or chase sequence.