Scarlet Witch Suffered Her Most Brutal MCU Kill in the Comics 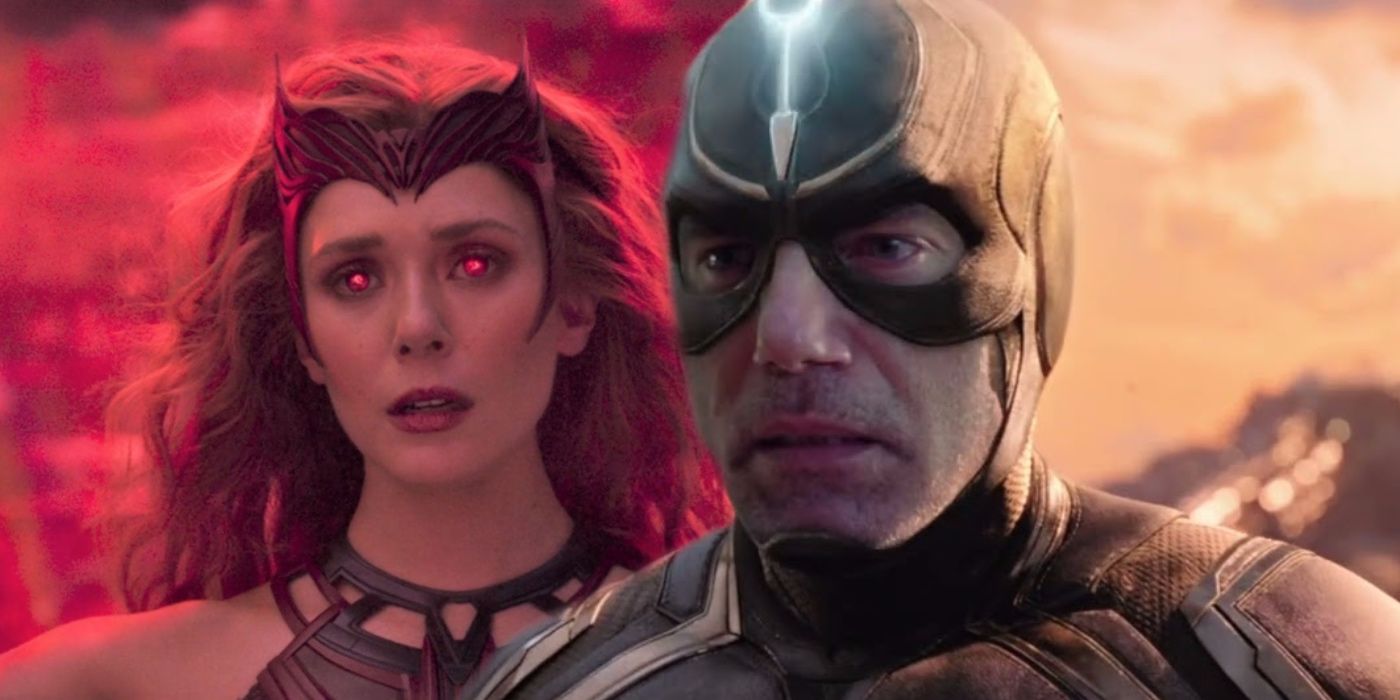 Scarlet Witch Suffered Her Most Brutal MCU Kill in the Comics

Especially after seeing her recent MCU rampage, Marvel fans are well aware of the vast amount of power wielded by Scarlet Witch in both the movies and the comic books alike–though in one of her most recent Marvel Comics appearances, Scarlet Witch receives some gruesome karma. In fact, she suffers the same fate as the victim of her most brutal MCU kill.

Wanda Maximoff (aka Scarlet Witch) made her debut in the Marvel Cinematic Universe in the post-credit scene of Captain America: The Winter Soldier and made her first full appearance in Avengers: Age of Ultron. While initially a villain controlled by Hydra and then aligned with Ultron, Scarlet Witch proved her heroism and joined the Avengers to take down Ultron, effectively becoming an Avenger herself. However, Scarlet Witch’s heroism had officially crumbled by the time she appeared in Doctor Strange in the Multiverse of Madness, in which she is trying to murder a teenager, America Chavez, in the hopes of stealing her multiverse-traveling powers for her own purposes. In that effort, Wanda uses dark magic to travel to a universe where America is being kept, and she is faced with the full force of a superhero team known as the Illuminati. This team consisted of Mordo, Reed Richards, Captain Marvel, Captain Carter, Black Bolt and Professor X. However, they are no threat to Scarlet Witch as she easily kills every one of them in extremely brutal ways, especially Black Bolt whose death was the most gruesome. Right before Black Bolt used his Inhuman power to obliterate Wanda with a mere whisper, Scarlet Witch rewrites the reality of his face and erases his mouth altogether, resulting in one of the most gnarly deaths in the MCU to date.

In Captain Marvel #39 by Kelly Thompson, Juan Frigeri, and Álvaro López, Carol Danvers is brought before a council of powerful magic users for her crimes against one particular sorcerer. In a previous issue, Captain Marvel tricked the son of Enchantress and Namor, a villain named Ove, into drinking a mystical substance that cuts off a magic user’s access to the mystic arts. While a number of sorcerers are calling for Captain Marvel’s head for her crime, Scarlet Witch is actually advocating for Carol, though she isn’t given the opportunity to be of much help. When Scarlet Witch tries to talk to her ‘client,’ the lead judge of this trial, Agatha Harkness, uses a spell to zip Wanda’s mouth shut before she can utter another word.

While the Marvel Comics’ version of Scarlet Witch is in no way responsible for the crimes committed by her MCU counterpart, this issue shows Wanda getting a taste of her own medicine nonetheless. Even though she wasn’t killed as a result of having her mouth closed by magic, Scarlet Witch is forced to endure the horror she inflicted on Black Bolt in that her mouth was sealed shut against her will, and she was powerless to stop it.

It is also worth noting that in this issue, Scarlet Witch has her mouth magically sewn shut by Agatha Harkness who also has a bone to pick with Wanda in the MCU. In the WandaVision finale, Scarlet Witch trapped Agatha in a prison of her own mind and forced her to remain in the town the series took place in. In this issue of Captain Marvel, Scarlet Witch is on the receiving end of some hardcore payback. On two separate fronts she suffers the same horrifying fate as MCU’s Black Bolt and Agatha—Scarlet Witch’s greatest MCU rival—employs this payback. However, despite who did it to her, Scarlet Witch received the ultimate payback by suffering her most brutal MCU kill in the comics.

Next: Scarlet Witch’s House of M Crime Actually Made Her A Better Hero

Scarlet Witch went on a murderous rampage in the MCU, though one kill stood out in particular, and it’s one she received the ultimate payback for.