Why The MCU Is Completely Reinventing Namor | Screen Rant 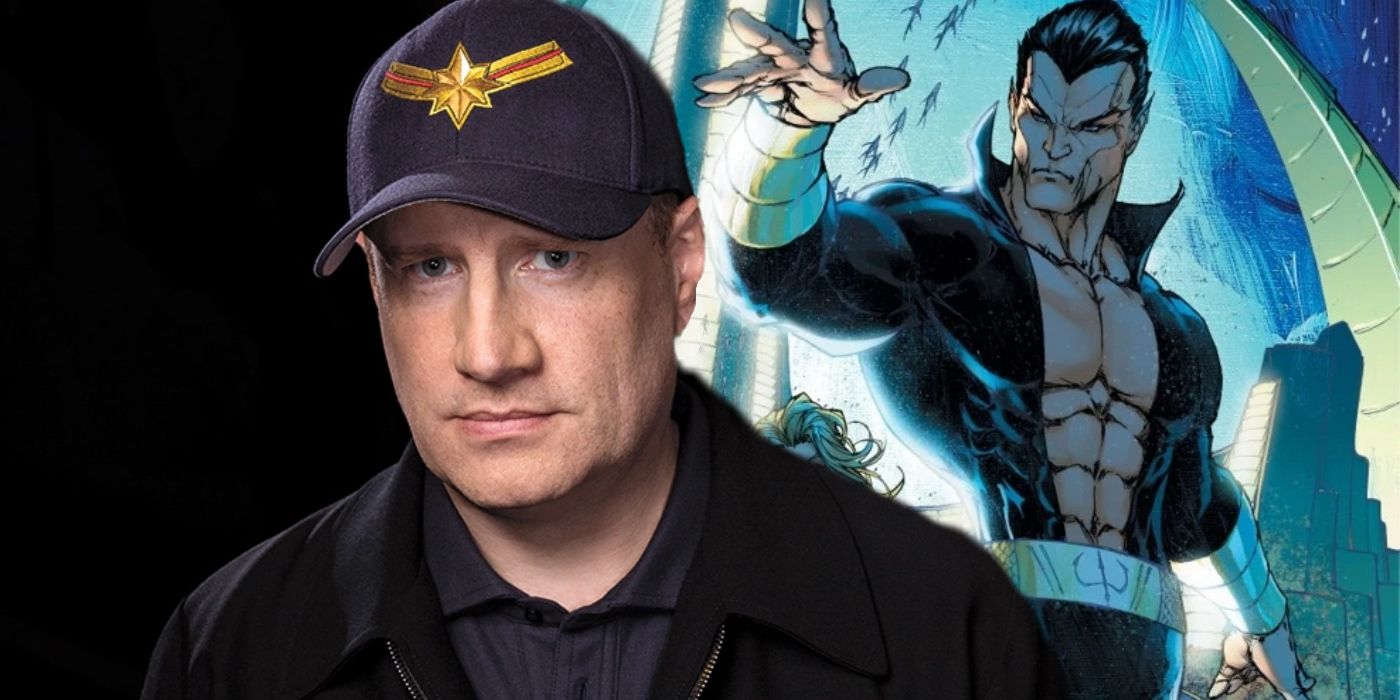 Why The MCU Is Completely Reinventing Namor | Screen Rant

Black Panther: Wakanda Forever is set to introduce Namor the Sub-Mariner to the MCU, with Marvel Studios planning to reinvent the character from the comics in several ways. The character has been missed in the MCU for a while now, with Ryan Coogler’s Black Panther sequel now expected to bring him into the fold. With the film’s story set to revolve around the country of Wakanda itself, the introduction of Namor and Atlantis makes sense given the fictional nature of the two nations.

Namor’s inclusion in Black Panther 2 has been rumored for some time, and some recent leaks concerning the movie have all but confirmed these claims. When it was reported that Mexican actor Tenoch Huerta would be playing a villain role in Black Panther 2, the part was speculated to be none other than Namor. Now the Black Panther: Wakanda Forever merchandise reveals Namor’s first look in the sequel, showing the Sub-Mariner to be drawn in Huerta’s likeness, proving many of the rumors and reports to be true.

These leaks mainly revealed the costumes for both Namor and a fellow Atlantean called Attuma. The latter was shown to be similar to Atlanteans of the comics, blue-skinned and adorned in naval-based weaponry and armor. Namor looks similar, only with human skin given the character’s half-human origins, which it seems like the MCU will adapt. However, the main thing the Black Panther 2 merchandising leaks revealed was the major cultural changes that were reported to be attributed to Namor and Atlantis in the MCU from the comics. It was reported that Namor and Atlantis would be changed from the comics to reflect ancient Central American culture, being based mainly on the Mayans and ancient Aztecs, and the costume reveal for Namor especially proves this change to be true.

While the reasons behind the MCU’s Namor changes are speculative for now, until confirmation is received from Black Panther 2 director Ryan Coogler or Kevin Feige at Marvel Studios, a lot of these reasons are worth exploring and make sense within the context of the MCU and the wider world of superhero filmmaking. The main reason why Marvel Studios has chosen to verse Atlantis in Mayan mythology could be to avoid direct comparisons with Aquaman. While the DCEU isn’t exactly on the same level as the MCU in terms of its popularity, Aquaman was a major box office success and is the highest-grossing movie in the franchise thus far.

Wisely then, Marvel Studios will want to try and differentiate their own version of Atlantis from the one seen in Aquaman. In taking the underwater nation and creating it to be based on Central American culture, the Ancient Greek setting that Atlantis holds in the comics and in Aquaman will be gone, meaning the MCU’s version of Atlantis is more unique and separate from other iterations of the country.

Another reason for Namor’s change in Black Panther 2 could simply be Marvel Studios wanting to put a greater focus on representation. In having Atlantis be Central American, and casting an actor like Tenoch Huerta as Namor, the MCU is allowing for more representation of a minority group. Given how the first film focused heavily on the African nation of Wakanda and had Killmonger’s Black Panther arc be directly tied to the oppression of Black people throughout the years, it would make sense for Ryan Coogler to continue exploring these hard-hitting, necessary themes of race in Black Panther: Wakanda Forever through Namor and Atlantis as well as Wakanda.

Up to this point, not a whole lot is known about Namor’s involvement in Black Panther 2, given how the merchandising leaks are the closest thing to “official” confirmations received yet. However, from early reports and rumors, some things about the Sub-Mariner’s first MCU appearance can be put together. Some early reports of Namor’s cultural change were met with hesitancy given the lack of a reputable source.

However, with the recent merchandising reveals all but confirming what was speculated in these reports, it is worth looking back to them to map out his MCU story, and whether Namor will be a hero or villain. It was reported that Namor’s story would center around his want to keep Atlantis hidden from humans and that he seeks Wakanda’s help in doing so. This would make sense for Black Panther: Wakanda Forever, as Wakanda used to be hidden from the rest of the world prior to Black Panther. Namor would then logically seek help from Wakandans in how to do the same for his own nation.

Another speculated plot point surrounds another rumored character for the film: Riri Williams/Iron Heart. It was reported that Atlantis’s discovery in the MCU comes from tech created by Riri Williams, which sparks a conflict between Wakanda and Atlantis, with the latter changing the MCU in a big way. Given Namor’s antihero status in Marvel Comics with his allegiances often differing based on what is best for Atlantis and his people, it would make sense for Black Panther 2 to portray him as wanting Wakanda’s help at first before this incident happens and forces him to war with the country.

Despite the speculation of Namor’s actual story, at least it is now finally confirmed the character will have a role in the film if the merchandising leaks are to believed. With Thor: Love and Thunder‘s release right around the corner, Marvel Studios will be starting their marketing campaign for Black Panther: Wakanda Forever soon, hopefully leading to more solid evidence of Namor the Sub-Mariner’s MCU introduction.

Next: Why Black Panther 2 Is Phase 4’s Best Potential Avengers 5 Set Up

Black Panther 2 is set to introduce Namor the Sub-Mariner to the MCU, but here is why Marvel Studios is planning to completely reinvent the character.