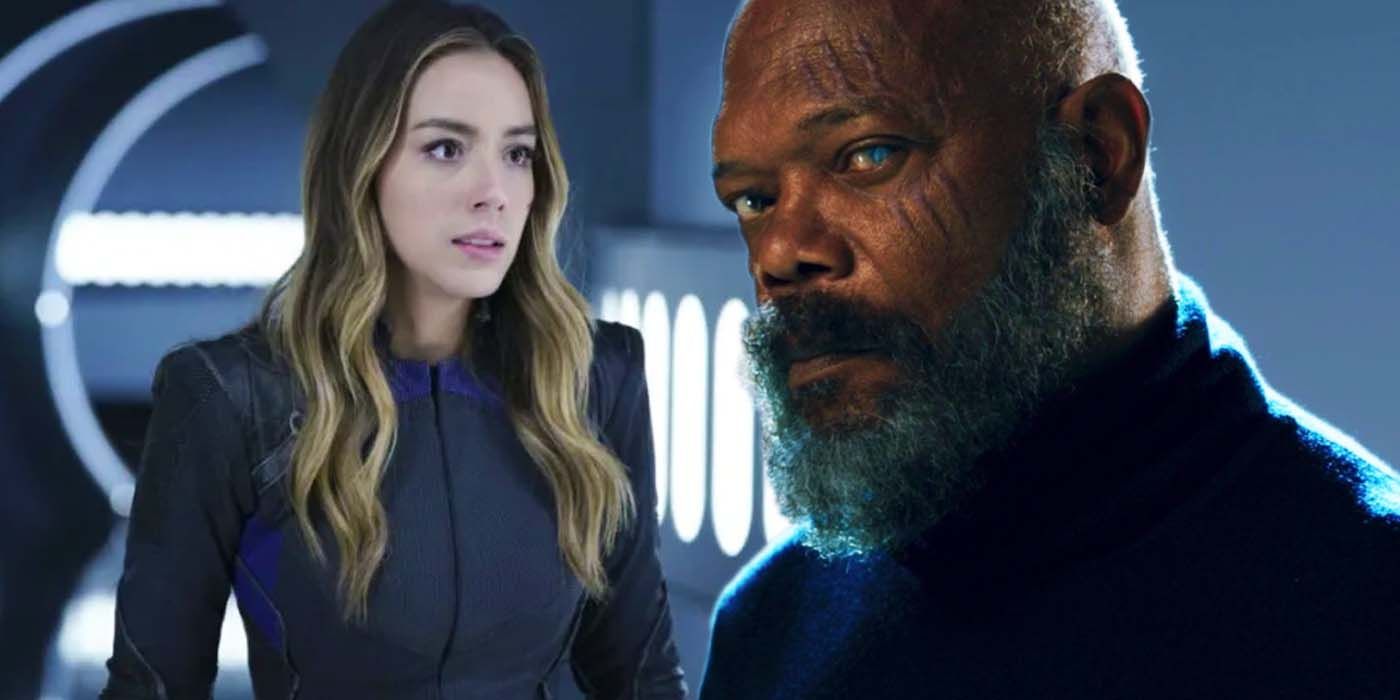 Warning: This article contains spoilers for Doctor Strange in the Multiverse of Madness

The MCU’s upcoming Secret Invasion series, which stars Samuel L. Jackson as Nick Fury, has the potential to rescue a forgotten live-action Marvel hero. Though not much has been revealed about the series thus far, it will involve the return of the Skrulls, led by Ben Mendelsohn’s Talos. In the comics, Secret Invasion tells the story of the Skrulls’ invasion, as they impersonate many of Earth’s heroes to conquer the planet. In response, Fury works to assemble a team of heroes he believes not to have been targeted by the Skrulls. The first member he recruits in the comics could lead to the return of a missed hero in the MCU.

Agents of SHIELD, which first premiered on ABC television in 2013, follows the exploits of SHIELD agents as they deal with the fallout from the MCU’s movies. Thor’s destruction in London after Thor: The Dark World, Hydra’s resurgence after the fall of SHIELD in Captain America: The Winter Soldier, and the implementation of the Sokovia accords are all dealt with in the show, giving a more in-depth look at the devastation left behind. Though Agents of SHIELD has never been officially confirmed to be canon in the MCU, the exploration of the multiverse in Spider-Man: No Way Home and Doctor Strange in the Multiverse of Madness has opened up a wide range of possibilities, including Agents of SHIELD becoming canon.

Daisy Johnson (Chloe Bennet), one of AOS’s leading characters, is revealed to be an Inhuman in Agents of SHIELD’s second season when she gains seismic abilities after going through Terrigenesis. She eventually becomes a well-known superhero by the name of Quake, fighting for the Inhumans’ right to exist in the world all while being part of Agents of SHIED’s core team of agents, which includes the revived Phil Coulson (Clark Gregg). In the Secret Invasion comics, Daisy Johnson is the first agent that Nick Fury recruits to be on his secret team, tasking her with recruiting the descendants of various heroes to assist him against the Skrulls’ invasion. One of the heroes Daisy recruits is Elena Rodríguez, AKA Yo-Yo, who also has a prominent starring role in Agents of SHIELD (portrayed by Natalia Cordova-Buckley). After the events of Doctor Strange in the Multiverse of Madness, Daisy Johnson being a part of the MCU’s Secret Invasion series has become much more likely.

One of Doctor Strange 2’s most surprising cameos re-introduced Anson Mount as the Inhuman Black Bolt on Earth-838. Mount first played the role in the maligned Inhumans TV show, which ended after only one season. Black Bolt’s appearance on the Illuminati council paves the way for the Inhumans to cross over into the MCU’s main continuity, meaning that Daisy Johnson’s powers wouldn’t need to be retconned for her to join the MCU. She could still be known as the hero Quake, and even have her backstory from Agents of SHIELD remain intact.

Additionally, the final episode of Agents of SHIELD teased Agent Johnson working in space on Zephyr Three. Presumably, she’s working for SHIELD, but it’s possible she’s working for SWORD instead, which was introduced to the MCU in WandaVision. SWORD, in simple terms, is SHIELD’s extra-terrestrial counterpart. If the post-credit scene from Spider-Man: Far From Home is anything to go by, Nick Fury may be based on a SWORD headquarters in space as well, where we see him having a phone conversation with Talos, who is operating on Earth.

Though Agents of SHIELD has yet to be confirmed canon, the appearance of other Marvel TV characters, such as Matt Murdock in No Way Home or Wilson Fisk in Hawkeye suggests that this is more than a possibility. Daisy Johnson would be a powerful addition to the MCU’s hero roster, and since Agents of SHIELD even included multiple appearances from Nick Fury himself, it’s not outside of the realm of possibility. Secret Invasion would therefore be a great place to bring one of Agents of SHIELD’s most important characters into the MCU.

Next: Why Nick Fury Is So Much Older In Secret Invasion

Nick Fury will star in Marvel’s upcoming Secret Invasion series, which could potentially reintroduce a beloved hero from the Agents of SHIELD TV show.