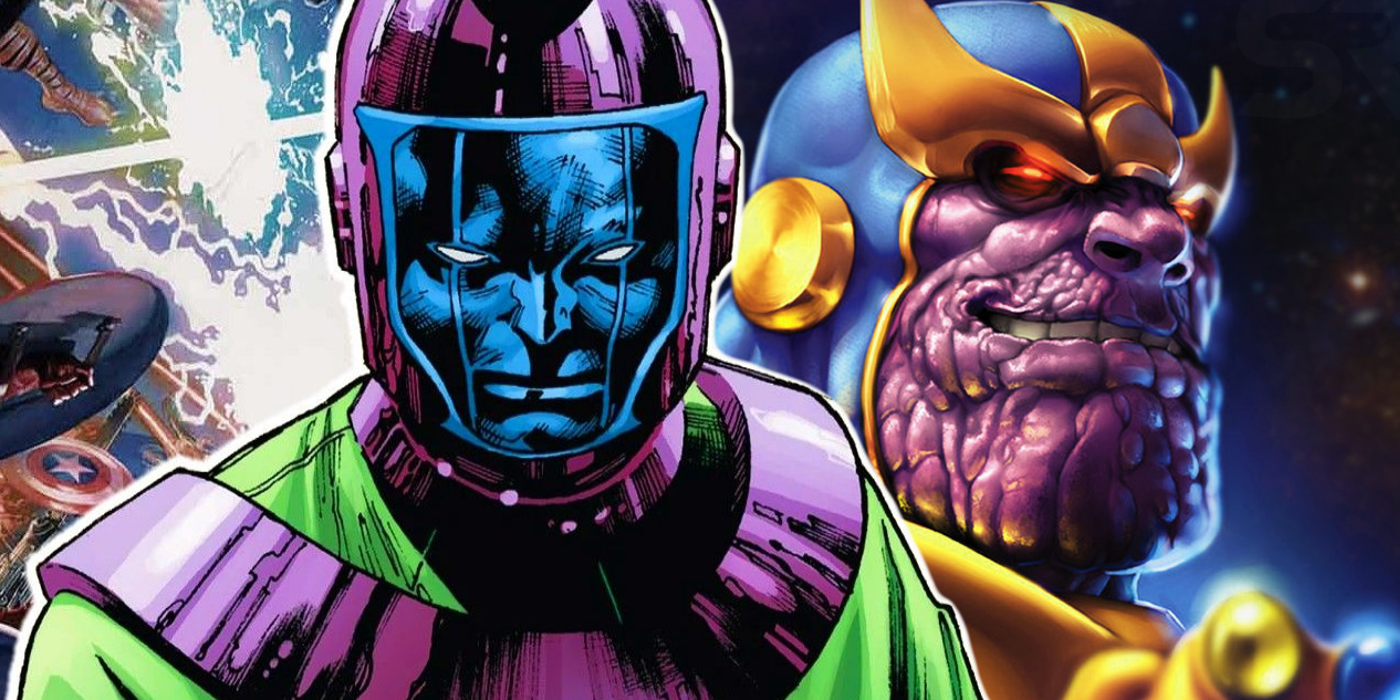 Both Thanos and Kang the Conqueror are in the upper tier of the most powerful villains in the Marvel Universe, but a single scene showing the Avengers the latter had killed proved who is deadlier. In Uncanny Avengers #U8 by Marvel Comics, Kang visits his armory in the far future, showing off the trophies he earned after killing Earth’s Mightiest heroes across time. Admitting he beat each hero in battle in hand-to-hand combat, Kang proved he’s more violent than Thanos.

In the comics, Kang the Conqueror has one key advantage over Thanos regarding being the deadliest being in the cosmos, as the Marvel supervillain uses time travel to fight different versions of heroes from across the Multiverse. While that means he hasn’t always killed the main versions of heroes that the Mad Titan has faced and snapped away before with the Infinity Gauntlet, it indicates that Kang has killed many more Avengers than Thanos. In addition, Kang’s missions have led him to fill his trophy room with many relics from the past, present, and future that make Thanos’ powerful conquests look small in comparison.

In Uncanny Avengers #U8 by Rick Remender, Gerry Duggan, Adam Kubert, Frank Martin, and VC’s Cory Petit from Marvel Comics, Kang the Conqueror, alongside the Apocalypse Twins, prepare to shape the timestream to his image. Kang tests the twins by taking them to a different timeline to see how they fought against heroes. After the trial ends with Kang holding their first trophy, the hooded head of Rogue, they return to his Trophy Room. When asked whether he slew everyone to get the powerful artifacts, he reveals he killed them, “In battle. By Hand.”

The scene shows why Kang the Conqueror is Marvel’s deadliest villain, even over Thanos. He killed the Avengers in a fight by hand, meaning he didn’t need Infinity Stones to snap half of reality in one singular move. Instead, he traveled across space and time to different realities to kill each Avenger and bring back a trophy to his armory. It shows an unrivaled dedication to his craft, as Kang fought some of the most powerful greatest heroes on Earth and beyond – including multiple Captain Americas, Iron Man, Silver Surfer, Juggernaut, Mr. Fantastic, Black Bolt, and the Hulk – and won, all by hand.

Thanos might have a higher kill-count in the Marvel Comics universe, simply because of his snap that wiped away half of all life from existence, but Kang is the deadlier villain in the universe. Taking out so many Avengers in battle by himself is incredibly impressive. Using time-travel to navigate to different dimensions and kill the powerful Avengers over-and-over again by hand in numerous fights, proves Kang the Conqueror is a far more lethal adversary than Thanos – and he has the trophies to prove it.