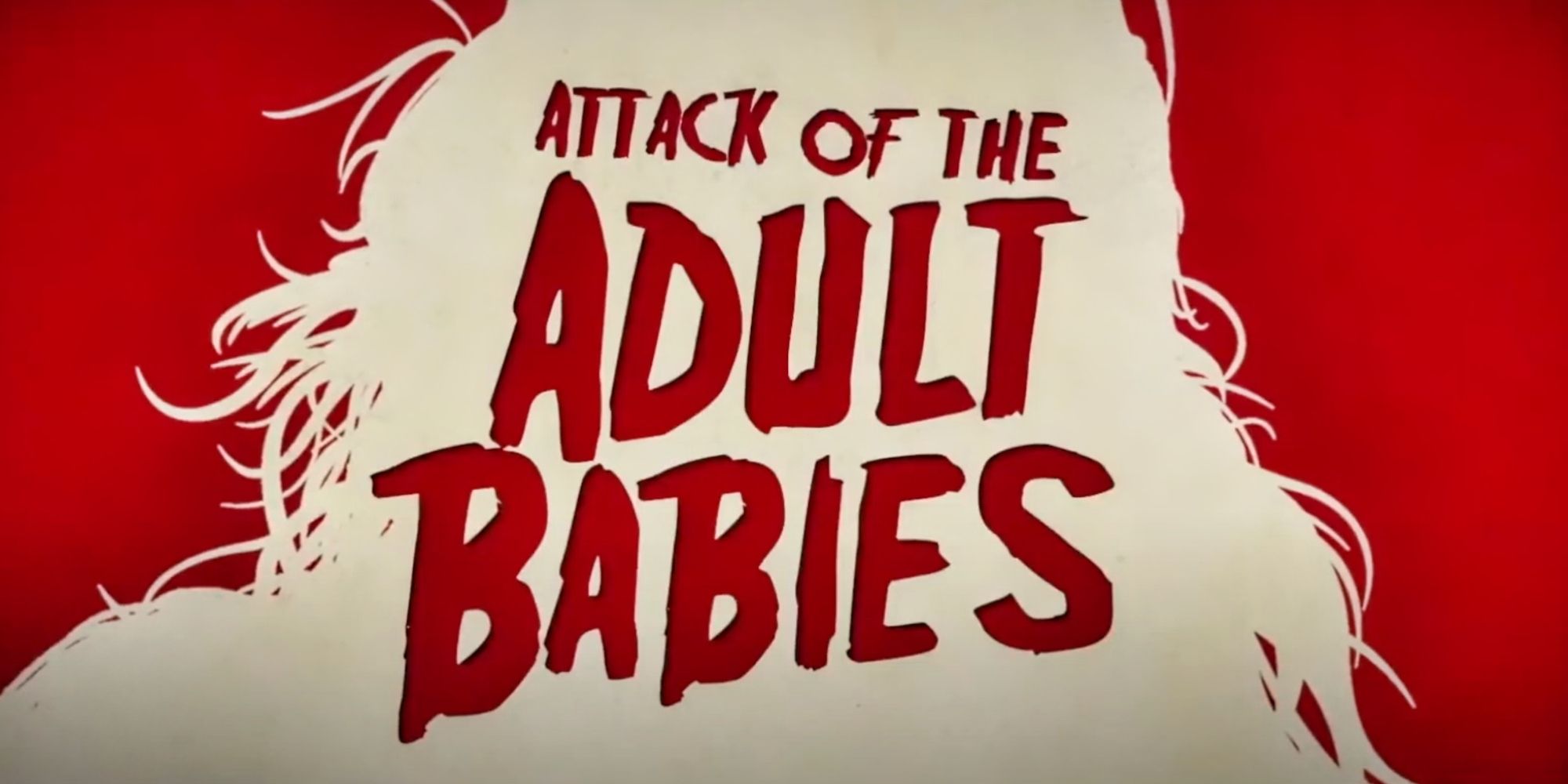 Attack Of The Adult Babies is an unrelenting, gross-out horror from Emmerdale star Dominic Brunt. Looking at the groundbreaking success of his Lord Of The Rings movie trilogy and subsequent blockbuster work as producer and director, it’s almost hard to recall that Peter Jackson started his career with gleefully gory horror. His first film Bad Taste lived up to its title, as did his puppet comedy Meet The Feebles from 1989.

Braindead (AKA Dead Alive) is his horror masterwork and is still one of the grossest horror movies ever produced. Braindead was the perfect mesh of comedy and splatter, but while some of Jackson’s fans might like to see him return to that era, that seems doubtful. A major fan of the film is actor Dominic Brunt, who is better known to UK viewers as Emmerdale’s Paddy. Brunt has been part of the long-running UK soap since 1997, but he’s also a major horror geek and has directed British horror efforts like Before Dawn.

Probably his biggest homage to Peter Jackon’s zombie flick Braindead and the gory horror he loves is 2017’s Attack Of The Killer Babies. The story follows a family who are forced to break into an isolated country estate to steal some sensitive information. When they arrive, they quickly learn the building is run by a cult fronted by the upper class, including politicians and judges. These individuals also like to dress up in nappies and act as fully-grown babies, while a gang of attractive nurses looks after them and clean up after their messy habits. As the title implies, things soon go to Hell inside the estate.

Attack Of The Adult Babies revels in its bad taste premise and is definitely not a comedy aimed at mainstream viewers. It features some very literal toilet humor and aside from Jackson’s Braindead, it homages the likes of fellow gross-out horror Society – which almost had a different ending – especially in regards to its on-the-nose social commentary. Brunt and his creative partner and wife Joanne Mitchell, who also came up with Attack Of The Adult Babies‘ premise, are nonetheless having a great time pushing the boundaries with their film.

Attack Of The Adult Babies has polarised responses, with fans of cult cinema digging how far out it gets – including a surprise claymation sequence – while others are turned off by its almost gleefully unpleasant tone. Again, Emmerdale viewers would no doubt be shocked that “Paddy” helmed such a demented slice of b-movie cinema, but to Dominic Brunt’s credit, there are few films that can be compared to Attack Of The Adult Babies.

Attack Of The Adult Babies is a 2018 gross out horror in the vein of Braindead and is directed by and starring Emmerdale actor Dominic Brunt.