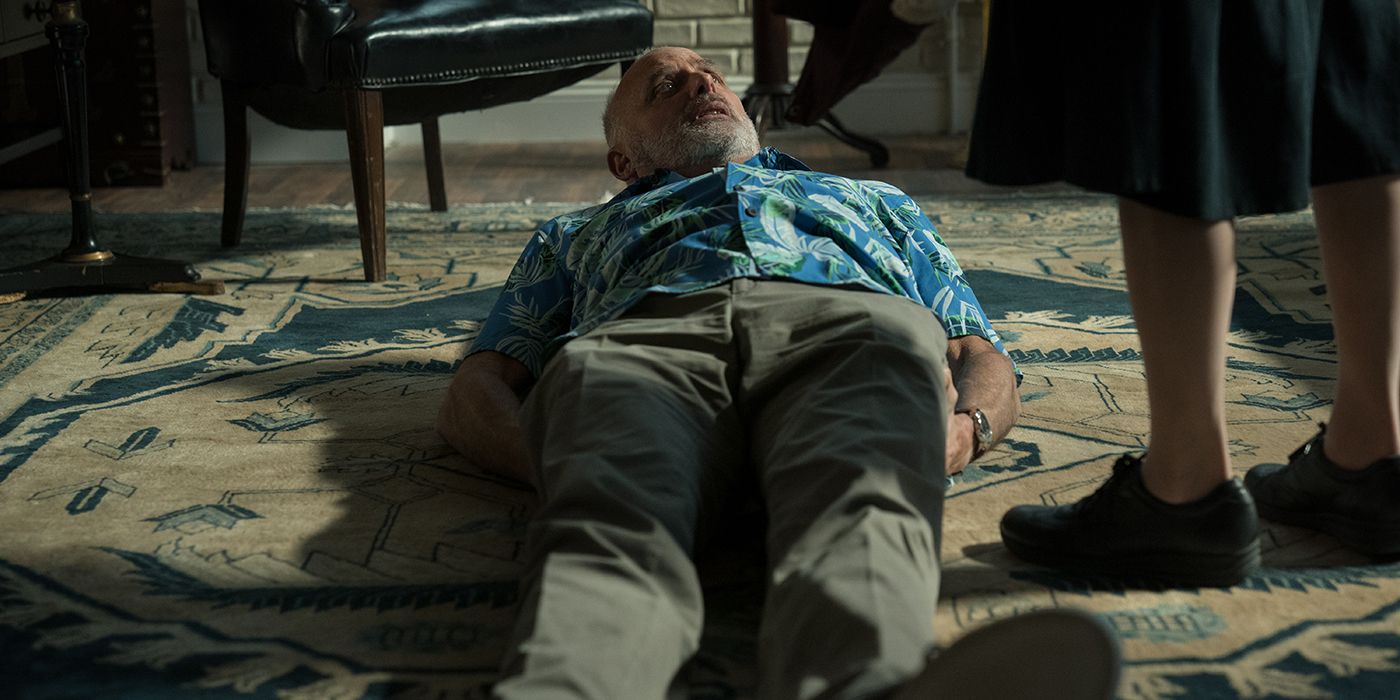 WARNING: This interview may contain spoilers for Evil season 3, episode 4, which premiered today.

Evil season 3 is well on its way to being the wildest one of all, as the spooky mystery thriller streaming on Paramount+ ropes more characters into the madness that lies between the divine and the demonic. While the romantic chemistry between Kristen (Katja Herbers) and David (Mike Colter) remains tantalizingly close to consummation, they are far from the only characters questioning their morals and their sanity.

Kristen’s own mentor is one such victim of his own doubt. Dr. Kurt Boggs is played by Kurt Fuller, who has previously worked with showrunners Robert and Michelle King as Judge Peter Dunaway on The Good Wife and The Good Wife. Though he has been a part of Evil since its inception, it wasn’t until the end of season 2 that he witnessed his very first demon and began debating his scientific worldview. Now in season 3, it is Sister Andrea (Andrea Martin) who has been guiding him through his crisis of conscience with a firm hand and tough love. But what happens when she’s the one who needs help?

Related: Evil Star Explains What’s Been Going On With Sheryl

Screen Rant spoke to Fuller about his story in Evil season 3 has opened him up to the trippy aspects of the show, the ways in which Dr. Boggs’ dynamic with Sister Andrea and Kristen have evolved, and why the showrunners named his character after him.

Screen Rant: I’m not going to lie, the scenes of Sister Andrea trying to straight up convert Dr. Boggs through fear have me cackling.

Kurt Fuller: And she gets me, man. She’s so strict! I feel like I’m in Catholic school. I feel like she’s taking a ruler in my hand. She’s hard on me, but I apparently deserve it.

What can you tell me about building this contentious yet delightful dynamic with Andrea, and how it evolves this season?

Kurt Fuller: Sister Andrea doesn’t need Dr. Boggs at all. She could go the fine without him. But when Dr. Boggs saw a demon at the end of season 2 – though he doesn’t want it to be a demon, and he’s trying to figure out a way that it’s not a demon that makes sense to his scientific world – he sees Sister Andrea as the person to talk to about this.

He’s troubled, and so Dr. Boggs goes to a therapist, but it’s Andrea. And it’s quite ironic that he goes to a nun, when he knows how many therapists that he could get free therapy from? Hundreds. But he goes to Sister Andrea, and she just beats him up. “Don’t give me your BS. Don’t give me your secular BS. You find God, and then come to me.” I mean, it’s just unbelievable. And how great is she?

Boggs then goes, “That’s too much work. I’m not going to do any of that.” But the body doesn’t lie, and as we start season 3, he’s on the floor. His body has refused to work anymore because, as he tells us to Andrea, he keeps seeing that effing demon. And he can’t figure it out. He looks, and it’s around the corner. It’s like when you have a mouse in your house; you see the shadow. “Was that a mouse?” That’s what Boggs is seeing.

In the next episode, he’s called on to really assess Sister Andrea, to see if she’s losing her mind. Leland has put the idea in the church that she’s lost it, but she has not. During that wonderful interchange, she describes her first encounter with a demon. And I recognize in that explanation so much of my first encounter with the demon. It’s the straw that breaks the demon’s back. I can’t deny it anymore. He can an intellectual level, but Dr. Boggs finds a heart. He finds his intuition, and it gnaws at him.

And out of those little grains, there’s a wall. The little grains drop off, and the dike between him and what he doesn’t want to see starts to crumble. As the season goes on, it completely falls, and he is thrown into a whole dimension and world that he hoped didn’t exist. He never imagined it could exist, but it does.

You’re finally getting into the thick of it.

Kurt Fuller: It’s really juicy. It’s what I’ve deserved for three seasons. I was patient, and I waited. And now here I am, being rewarded.

I couldn’t be happier for you. I may be far from the first person to have this eureka moment, but you’re Kurt and so is Dr. Boggs. And then Andrea is also Sister Andrea. What is behind the Kings naming you after yourself?

Writers and creators have little inside jokes that keep them going, and I think they liked doing that. It’s kind of clever, and I find it fun.

I remember in in ye olden days, people thought maybe Kurt was secretly evil. They thought that he was pulling the strings or was the demon therapist. What say you to this?

Kurt Fuller: You know, this show is evolving. Remember Lost? Everybody had a theory, and people thought that they had the whole thing worked out. They didn’t have it worked out. They were guessing every week.

Well, the Kings don’t say they have everything worked out, and they don’t. But he could be. He could be. But it has not yet been written.

That sounds very prophetic. I love it.

Kurt Fuller: Not that I know anything. But I know what I don’t know, and I know what they know and don’t know. And anything could happen.

Even though your world is opening up this season, it has been two previous seasons of you as Kristen’s rock. Can you talk about working with Katja Herbers, and what it’s been like to play off each other all this time?

Kurt Fuller: Katja is a world-class actress. She is a world-class person and a world-class actress. The only other time that I felt I forgot that cameras were there was when I was doing the movie Ray with Jamie Foxx. And Jamie Foxx was so much Ray Charles that it was the only time I forgot that I was in a movie. I have that with Katja; it happens with her. That’s right, Katja! That’s high praise. She makes me better, and she makes me focus and listen harder than I ever have focused and listened before. She makes me pay attention, and it’s fantastic.

Her character has evolved this season, and I’m just kind of sad about it. She’s gotten better, she’s gotten stronger, and she’s gotten more of a sense of her. She doesn’t need me so much. It’s allowed me to be with other characters, but I have to say I love those scenes with her.

She would kill me if she knew I was saying this. I say, “You were so good,” and she goes, “Stop it! Stop it. You know I wasn’t.” Just like all geniuses, by the way.

What are you most excited about for the rest of the season? We have sadly not gotten very much of Dr. Boggs in the first few episodes, but we know he’s in episode 4.

Kurt Fuller: I’m in every episode but one from now on. It’s a lot, and it’s a very dramatic; very exciting, ridiculously funny, and mind-altering. You don’t need to smoke anything or take anything to watch Dr. Boggs. He’s done it for you.

David (Mike Colter) and Kristen (Katja Herbers) not only have to navigate their fraught new reality, but contend with David’s involvement with ‘the entity’, an espionage unit within the Catholic Church. Meanwhile, Ben (Aasif Mandvi) finds his brain breaking from their unsolved cases and turns to his sister for help.

Check out our other interview with Evil stars, Christine Lahti and Andrea Martin.

The first four episodes of Evil season 3 are currently available to stream on Paramount+, with new episodes premiering every Sunday.