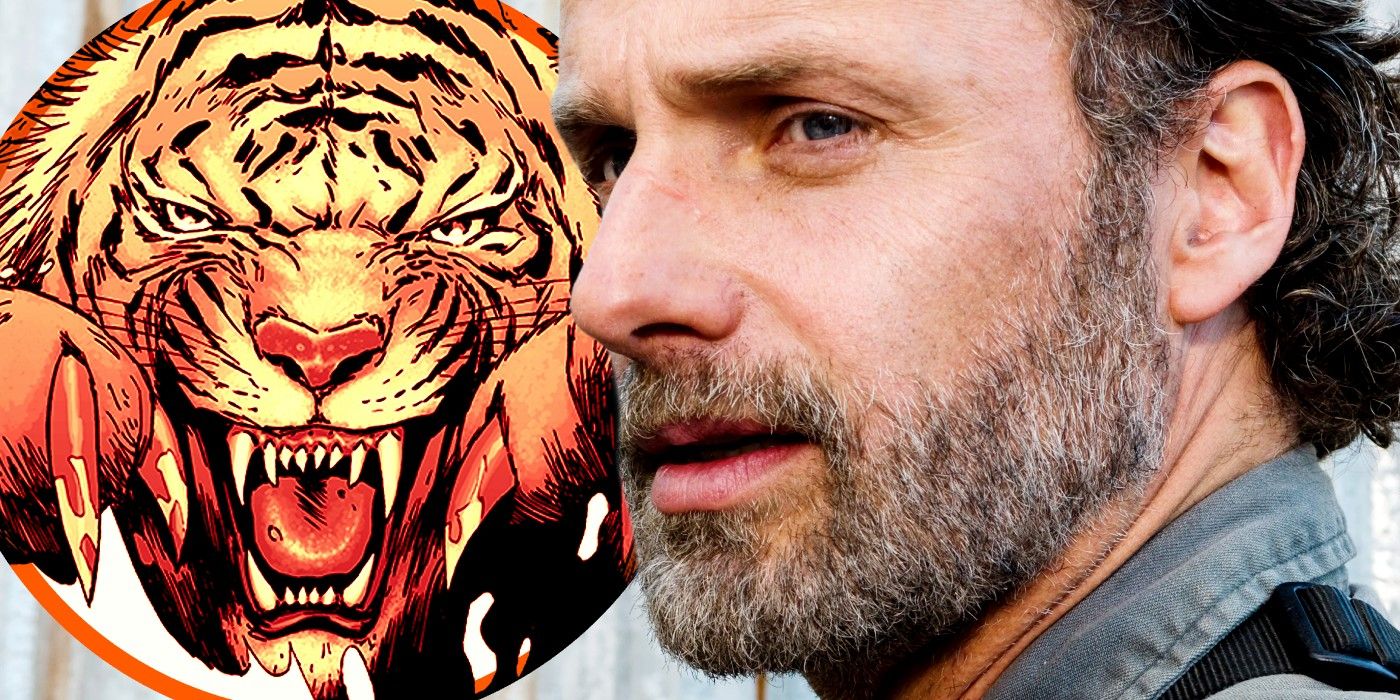 King Ezekiel and his pet tiger Shiva are undoubtedly one of the most fascinating duos in The Walking Dead, not least because they offer a revealing way to see the journey of series hero Rick Grimes. Shiva justifies Ezekiel’s authority in the same tenuous manner that Rick’s sheriff badge helps him build the series’ central coalition, with many of the same risks and compromises along the way.

King Ezekiel’s original sell as a leader is that he has a mystical bond with Shiva that keeps her under control. However, that is a complete falsehood. Ezekiel has a tiger because he’s the zookeeper who used to look after her, and his acting background allows him to adopt the affectations of a king. He treats Shiva with the respect needed for this kind of partnership, and is careful not to ask too much of her. In the end, she dies fighting zombies after the Kingdom is razed by Negan’s army of Saviors – something Ezekiel perceives as a conscious sacrifice so he can escape. Ultimately, what’s fascinating about this is Ezekiel’s technically not a fraud. He becomes what he embodies, a ‘magical’ king who controls a tiger and looks after his people. This is a perfect compliment to Rick’s journey. Rick is a former sheriff with the badge to back it up, but he lacks real crisis or leadership experience. His calm presence combined with this minor amount of authority turns him into the leader of his group, and he eventually becomes the hero they need.

King Ezekiel defines Rick’s situation because they are mirrors of each other. Their prior lives lend each a small sliver of influence that results in leadership post-outbreak. Rick correlates his sheriff’s badge to being an apocalyptic leader, despite admitting in private that his small-town experience hasn’t particularly prepared him for this role. Ezekiel is also undoubtedly an actor playing a part – a king who, like Rick, is living up to a role that he has to define as he goes along. Crucially, both their positions are defined by forces they can’t actually control – Shiva could turn on Ezekiel at any moment, just as Rick’s group could lose faith in him or be torn apart by disagreements. Rick and Ezekiel occupy positions of powers built on a tenuous status they know isn’t wholly earned, and are defined by forces they can’t control – forces which will eat them alive if pushed too far.

It’s a delicate delicate tightrope to walk, because they have to play the part while also getting the job done because people’s lives depend on them. Rick has no guaranteed way of controlling his group in a zombie apocalypse – just as Ezekiel has no magic command over his tiger – and he is ultimately killed while taking leadership over the Commonwealth by someone who resents and refuses to recognize his authority. Ultimately, however, both are able to keep their people safe as long as possible by learning how to embody something larger than themselves, even as they never lose sight of the risks attendant to their positions.

Overall, Rick Grimes is metaphorically a man pretending to be a king, using a symbol of authority from the old world (his sheriff’s badge) to keep people in line. He finds a dramatic but meaningful mirror in King Ezekiel and his tiger Shiva, as two leaders who built empires on what they had and – in doing so – helped many others survive the horrifying world of The Walking Dead.

Rick Grimes grows into a major leadership role in The Walking Dead, using the same logic that allows King Ezekiel and his tiger Shiva to rule.