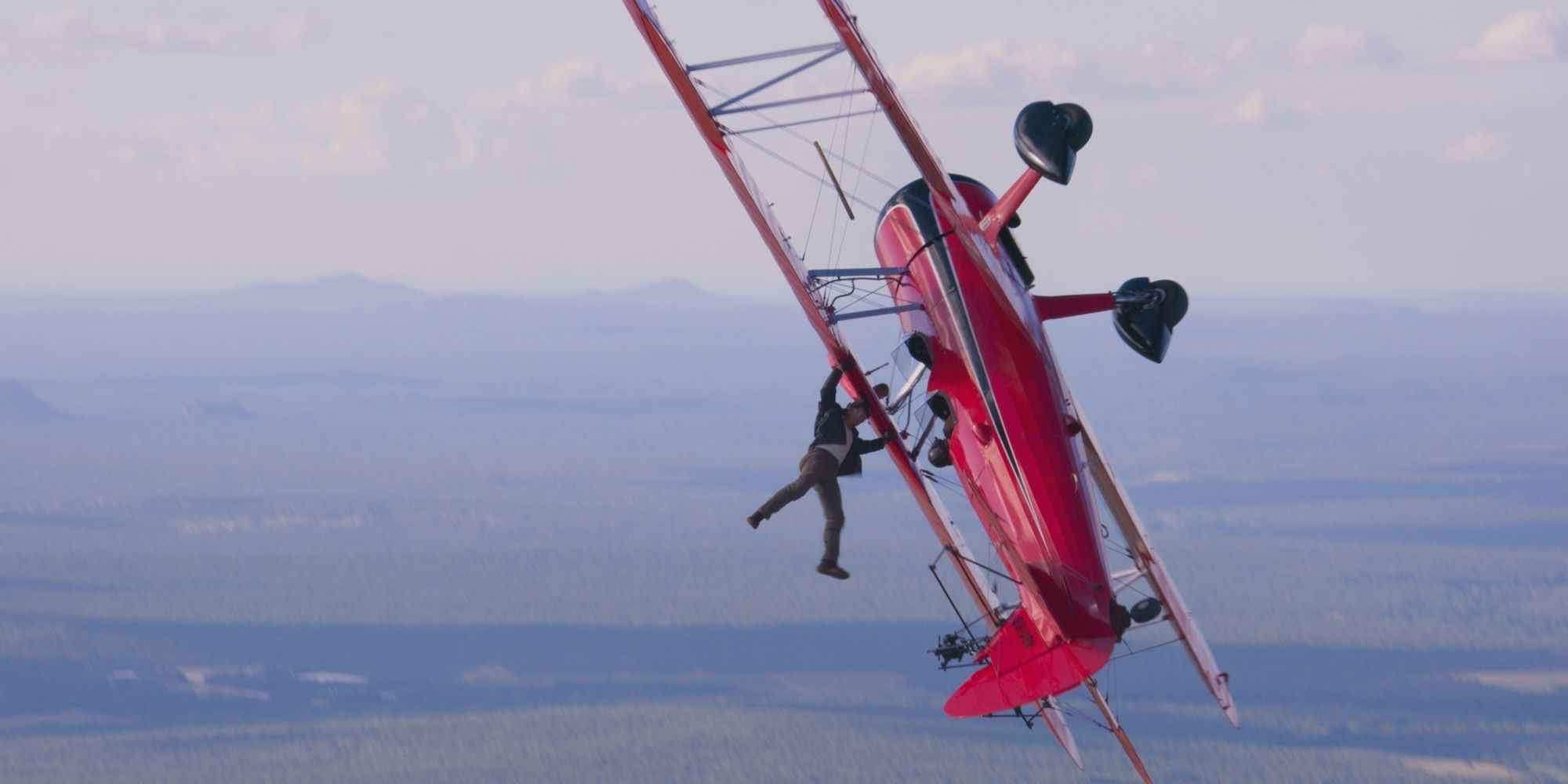 Christopher McQuarrie has shared a brand new death-defying still of Tom Cruise from Mission: Impossible – Dead Reckoning Part One. The movie star has been a part of the franchise since the first film in 1996. Brian De Palma’s original action film, which was adapted from the 1960s spy series of the same name as well as its late 80s continuation series, eventually spawned a long-running film franchise following Cruise’s superspy Ethan Hunt. The franchise has become more consistently focused on showcasing dazzling spectacle in recent years, and often with Cruise at the heart of the action.

Mission: Impossible – Dead Reckoning Part One is going to be the first of a two-part sendoff to Cruise as he exits the Misson: Impossible movies. The project is scheduled to be released in theaters on July 14, 2023, with returning cast also including Ving Rhames, Henry Czerny, Simon Pegg, Rebecca Ferguson, Vanessa Kirby, and Frederick Schmidt. The newcomers to the film will include Hayley Atwell, Pom Klementieff, Shea Whigham, Esai Morales, Rob Delaney, and Cary Elwes.

Today, McQuarrie took to Twitter to celebrate his lead actor’s 60th birthday. To honor Cruise’s special day and show off how the actor is living a life unlike any other 60-year-old on the planet, he shared a brand new image from Mission: Impossible – Dead Reckoning Part One. In the death-defying image, Cruise’s Ethan Hunt is hanging from the top of a biplane that is flying while flipped upside down. Check out McQuarrie’s tweet below:

While the exact details of this stunt likely won’t be revealed until the promotional lead-up to the movie begins in earnest next year, it is the next in a series of exhilarating acts of athleticism that Cruise has become adamant in performing himself. He began his modern run of over-the-top stunts in the Mission: Impossible franchise, which has afforded him the opportunity to run down the side of the Burj Khalifa and hang onto a plane mid-flight. He has continued his fascination with aeronautics in his 2022 megahit Top Gun: Maverick, which featured Cruise flying a real plane.

This brand new stunt in Mission: Impossible – Dead Reckoning Part One might seem slightly less grandiose than several of his previous plane stunts. However, a closer look will reveal that, if anything, it’s even more terrifying. Although the size of the plane isn’t quite as impressive, Cruise’s grip strength seems to be the only thing preventing him from plummeting to his death, which will surely result in a tantalizing action sequence for the ages.

Next: Every Time Tom Cruise’s Hunt “Died” In The Mission: Impossible Series