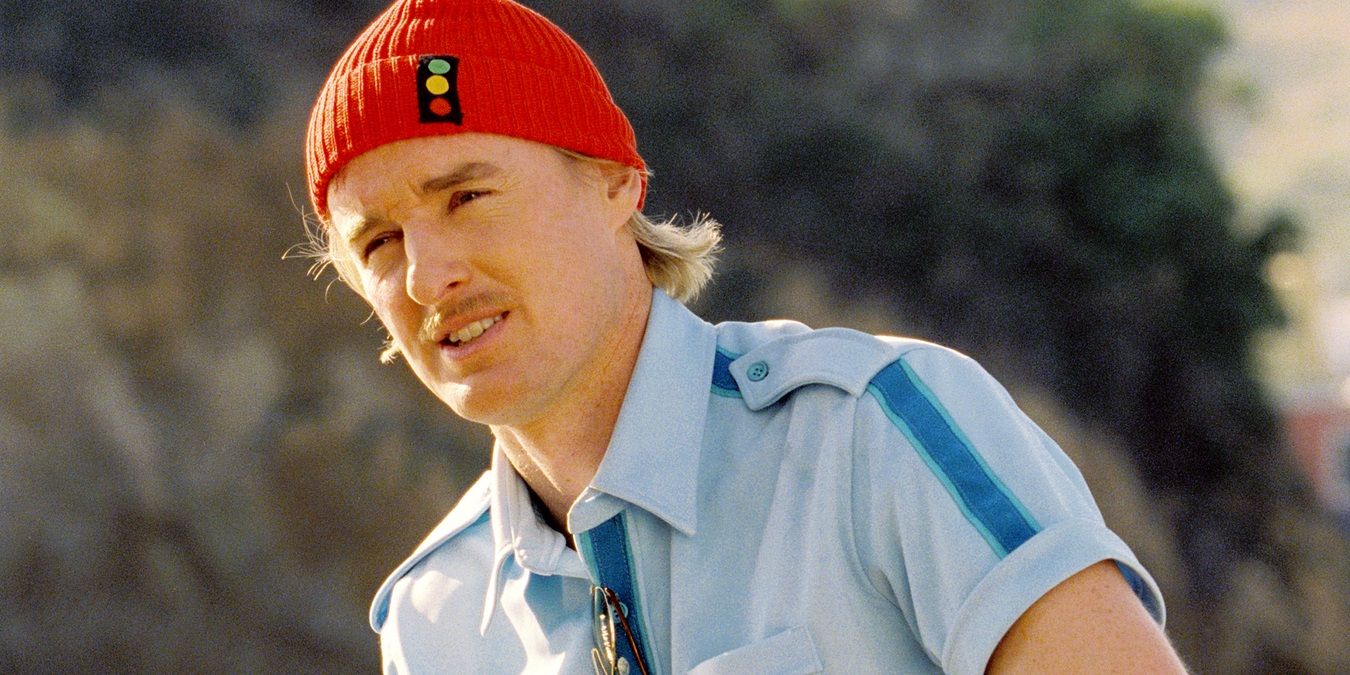 Wes Anderson is currently working on his next movie, Asteroid City, with a huge ensemble cast in tow. The star-studded cast of Asteroid City is even bigger than the average Anderson ensemble. This movie has reunited Anderson with a handful of regular collaborators – including Bill Murray and Jeff Goldblum, who previously played rival oceanographers in The Life Aquatic.

Murray and Goldblum played two of the funniest characters in The Life Aquatic – Alistair Hennessey has all the eccentric Goldblum-isms that fans could hope for and Steve Zissou is arguably the Bill Murray-est role that Bill Murray has ever played – but they’re hardly the only two hilariously wacky personalities in the cast.

Owen Wilson, one of the many frequent collaborators that Anderson cast in the ensemble of The Life Aquatic, plays one of the film’s more dramatically engaging characters. Ned Plimpton is Steve’s long-lost son who falls in love with the journalist profiling him, then dies tragically and suddenly when Steve’s crummy old helicopter crashes in the ocean.

But, outside of all the tragedy surrounding the character, Ned also has some of the funniest moments in the movie. When he tries to refer to Steve as “Dad,” he’s told to call him “Stevesy” instead.

After casting Anjelica Huston to play the estranged, hyperintelligent wife of one of his comedically unlikable protagonists in The Royal Tenenbaums, Anderson cast her as another one in The Life Aquatic. Eleanor Zissou is Steve’s wife who abandons the search for the jaguar shark when a member of the team almost dies before they’ve even set off on their voyage.

Eleanor is the most sensible member of Team Zissou, often burdened with filling the role of the voice of reason, and as always, Huston’s line deliveries are hilariously dry: “Your cat’s dead.”

Steve’s producer Oseary Drakoulias only appears briefly in The Life Aquatic, but Michael Gambon’s hysterical performance ensures that the character is still memorable.

When Oseary is on a phone call with Steve, admitting that he couldn’t secure funding for the documentary, Ned interrupts to declare the $275,000 of inheritance money he just received. In order to gauge whether he can take advantage of Ned, Oseary asks Steve, “What sort of expression is the lad wearing on his face?”

Bud Cort, best known as the titular 20-year-old boy who falls for the titular 79-year-old woman in Harold and Maude, gives an unforgettable supporting performance in The Life Aquatic as Bill Ubell, the bond company stooge who comes along on the Belafonte’s voyage. At first, Ubell is the stick in the mud who won’t endorse any of Steve’s shadier activities, like stealing equipment from a fellow oceanographer or charting a path through unprotected waters.

But, by the end of the movie, after being abducted by pirates and subsequently rescued from their clutches, he embraces Steve’s recklessness. When Captain Hennessey spots his stolen espresso machine on the Belafonte, he asks why it’s there and Bill simply says, “We f***ing stole it, man!”

Jeff Goldblum gives a typically eccentric turn as Alistair Hennessey, Steve’s closest rival and the ex-husband of his estranged wife. He’s absurdly casual in every situation, even when he’s been kidnapped by pirates. When Steve arrives to save him, Hennessey says, “Steven… are you rescuing me?”

As always, Goldblum brings a lyrical, offbeat rhythm to Hennessey’s dialogue. After being saved from the pirates, a heartbroken Hennessey says, “They made soup out of my research turtles.” When he gets a moment alone with Steve, he says, “We’ve never made great husbands, have we?”

Eleanor isn’t the only voice of reason on the Belafonte. Cate Blanchett also has a great reactionary role as Jane Winslett-Richardson, the reporter sent to profile Steve throughout his latest voyage.

Jane is a few months pregnant, trying to escape from a torrid affair with her boss, and caught in a love triangle with Steve and Ned. Blanchett knocks every one of Jane’s lines out of the park, including the very first one: “No one picked me up at the effing airport!”

Klaus Daimler is easily the most loyal member of Team Zissou. He sees Steve as a father figure, and as soon as there was talk of a mutiny, he was the first to stick by Steve’s side (although, hysterically, he misunderstands the question at first and sides with the mutiny).

Willem Dafoe gives one of the movie’s most memorable performances as the Belafonte’s “calm, collected, German” B-squad leader. He cries out, “Land ho!” as the ship is towed into port.

The title character in The Life Aquatic with Steve Zissou is arguably the Bill Murray-est role that Bill Murray has ever played. He’s a satirical caricature of Jacques Cousteau who provides all his crewmates with a red beanie and a Glock. Steve is a wildcard. He takes his crew through unprotected waters to save money and then singlehandedly takes on a band of pirates when they try to hijack the ship.

This role gave Murray plenty of one-liners to chew on – e.g. “What would be the scientific purpose of killing it?” “Revenge” – and he nailed the deadpan delivery of each one.

NEXT: Ranking Every Bill Murray Character In A Wes Anderson Movie

Arguably Wes Anderson’s most underrated movie, The Life Aquatic with Steve Zissou is full of memorable characters like Klaus Daimler and Ned Plimpton.