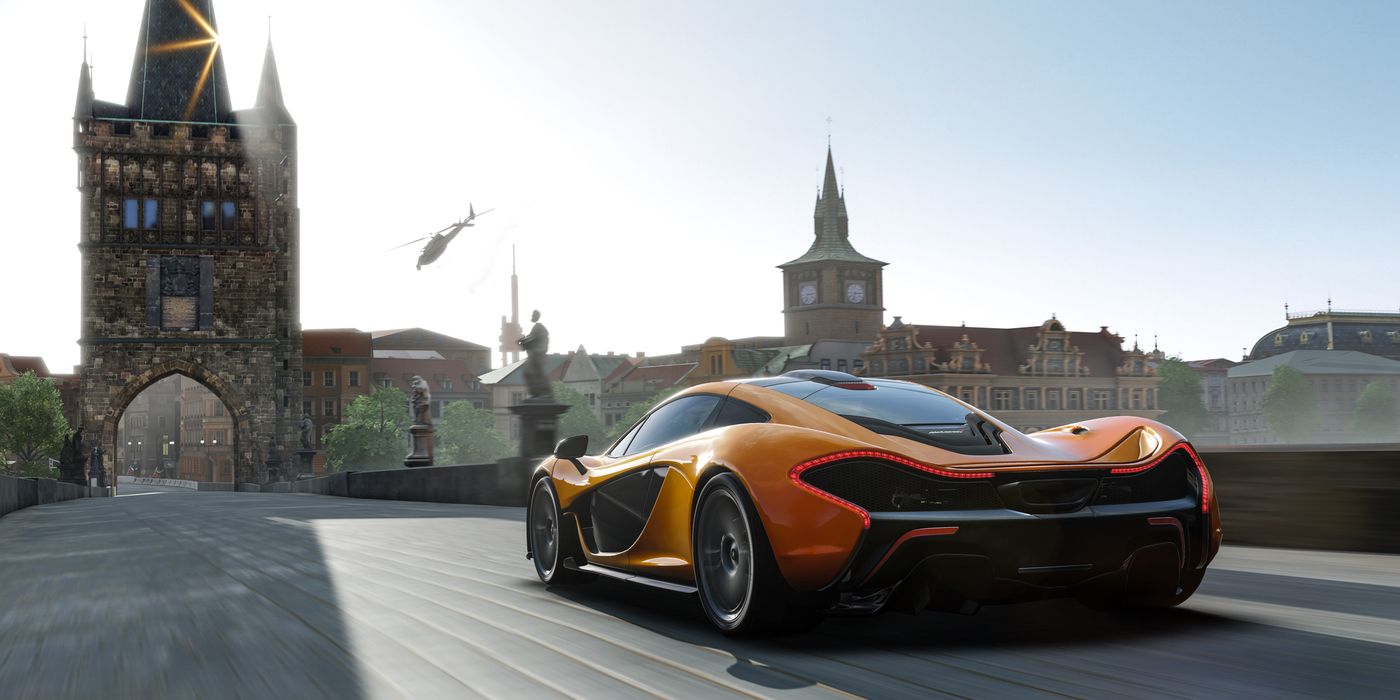 The Xbox Series X/S has one of the best deals available in all of gaming in the form of Xbox Game Pass, which offers a lot of flexibility in expanding a game library.

It’s still a subscription service, though, and one that not necessarily everyone will want – which means Amazon Prime’s best Xbox Series X/S deals are a good idea to keep an eye on. Here’s a look at some of the best XSX games available on Amazon Prime right now.

You may also be interested in: The Best PS5 Games To Buy On Amazon

Forza Horizon 5 is an entry into the critically acclaimed Forza series, a franchise that’s made a name for itself thanks to its attention to detail. Car handling is simulated to near-perfection, while the sheer number of vehicles on offer makes this a racing sim that has the kind of depth required by gearheads.

Related: 10 Reasons Why The Xbox Series S Still Holds Up

Forza Horizon 5 is also supremely beautiful, with its many real-world locations painstakingly recreated to provide an immersive experience. It’s one of the best racing titles on the market, and it’s the type of title that will even give those without a need for speed pause for consideration.

Halo Infinite didn’t have the strongest start when it was first revealed to the public, but the end product remains a fun, engaging entry into the Master Chief saga that has a lot of strengths going for it.

The biggest change is the Grappleshot, which pairs nicely with the other major addition to the Halo franchise: open world traversal. The freedom to explore levels while zipping around locations makes for a much-needed upgrade to the campaign, while open world gameplay gives Halo Infinite a fair bit more content than its predecessors.

Sometimes, nothing beats a classic. Microsoft Flight Simulator is a long-running series that’s become the go-to for aviation enthusiasts, and the latest entry is its most impressive yet.

The thing about Microsoft Flight Simulator that makes it special is its shockingly broad appeal: even those who aren’t particularly passionate about planes will find the in-depth sim equal parts challenging and relaxing. The incredible detail of the real world rendering is also a sight to behold, and taking hour-long vacations across the skies is as serotonin-inducing as it sounds.

Elden Ring is perhaps FromSoftware’s best game to date, and the fact it’s even in consideration for that title speaks volumes about its quality. Elden Ring is an open world take on the Soulslike genre from the studio that pioneered the term, and the reception to it has been overwhelmingly positive.

While a difficult title, Elden Ring makes up for its sometimes mind-numbingly challenging boss fights with a system that rewards practice and perseverance. That, coupled with an incredible world teeming with places to explore and crumbs of lore to savor, makes Elden Ring a must-play for pretty much anyone who can stomach a few thousand character deaths in the name of patience.

Yakuza: Like A Dragon takes the classic crime action of the franchise in a new direction with a new hero. Follow Ichiban Kasuga, a low-ranking Yakuza member, as he unravels a story of betrayal and reclamation.

Yakuza: Like A Dragon is an RPG game, which means it trades the button mashing of some of the earlier Yakuza titles with a turn-based system that dials up the chaos. The humor is on point, the emotional moments are surprisingly poignant, and the combat is both flashy and inventive, making this an excellent entry point for those unfamiliar with the series and a worthy successor to those who are.

The Forgotten City started out as a Skyrim mod before becoming a full game on its own, and its nuanced take on ancient Rome is captivating. Players will need to sort out the mystery of the Golden Rule that is holding an entire Roman city hostage with fear, all while navigating a time loop scenario.

The Forgotten City is primarily a story-driven experience with plenty of puzzles to solve. The most satisfying part of the game is finally piecing together a particular scenario after finding that perfect clue – a loop that, not unlike the one that’s at the core of The Forgotten City, is hard to escape.

Assassin’s Creed Valhalla is the most recent entry into the Assassin’s Creed series, and continues the game’s focus on open world exploration and more action-based combat. Set in the era of Viking raiders, players lead Eivor on a journey to carve out a future for their people while also undermining the evil efforts of a proto-Templar organization.

While RPG elements are still heavily in play, Assassin’s Creed Valhalla also returns a little more to the roots of the franchise, with more stealth-based gameplay than its other recent entries. It’s a nice blend of old and new, and creates a compelling case for returning to the world of the Animus once more.

Resident Evil Village sees hero Chris Redfield return, paired with the continuation of Resident Evil 7: Biohazard‘s story, which follows Ethan Winters. Village borrows heavily from some of the concepts of Resident Evil 4 and expands on them, but it’s very much its own story and game.

Resident Evil Village looks great and offers plenty of horror for fans of scares, but its the gameplay – a satisfying combination of survival, exploration, and gunfighting – that is the real hook. Resident Evil Village is a premium experience for anyone looking to make their Xbox Series X games library a bit more appealing.

The Medium is a third-person horror game that focus primarily on psychological horror, pitting the player against the protagonist’s fraying mind and a reality that is hastening that loosening grip on what’s really there. The Medium also contains a dual-reality system that is much more than just a gimmick, allowing exploration of two different worlds simultaneously.

Related: Best Xbox Exclusives To Play On Your Xbox X/S

The Medium has a great story and some exciting puzzles that make use of the dual world system, and it’s a great current-gen experience that’s an exhibition of what’s possible with the latest consoles.

Hades is a truly unique roguelike dungeon crawler that seems simple at first glance and becomes anything but after repeated runs. Protagonist Zagreus wants nothing more than to escape the underworld, a domain ruled by his Father, Hades, who wants him to stay.

That simple concept gives way to a deep, emotional story that never loses sight of its heroes’ concerns or its charming, witty banter. The roguelike gameplay is sublime, with a myriad number of skill combinations and a greater system of upgrades that persist through runs, making sure that even players who are struggling with the game initially will still be able to enjoy its story with some persistence and savvy upgrade purchases.

Next: Best Games To Start With For Xbox Newcomers

Amazon Prime’s Xbox Series X/S game selection is expansive. Here’s a collection of some of the best, most exciting XSX games to purchase right now.