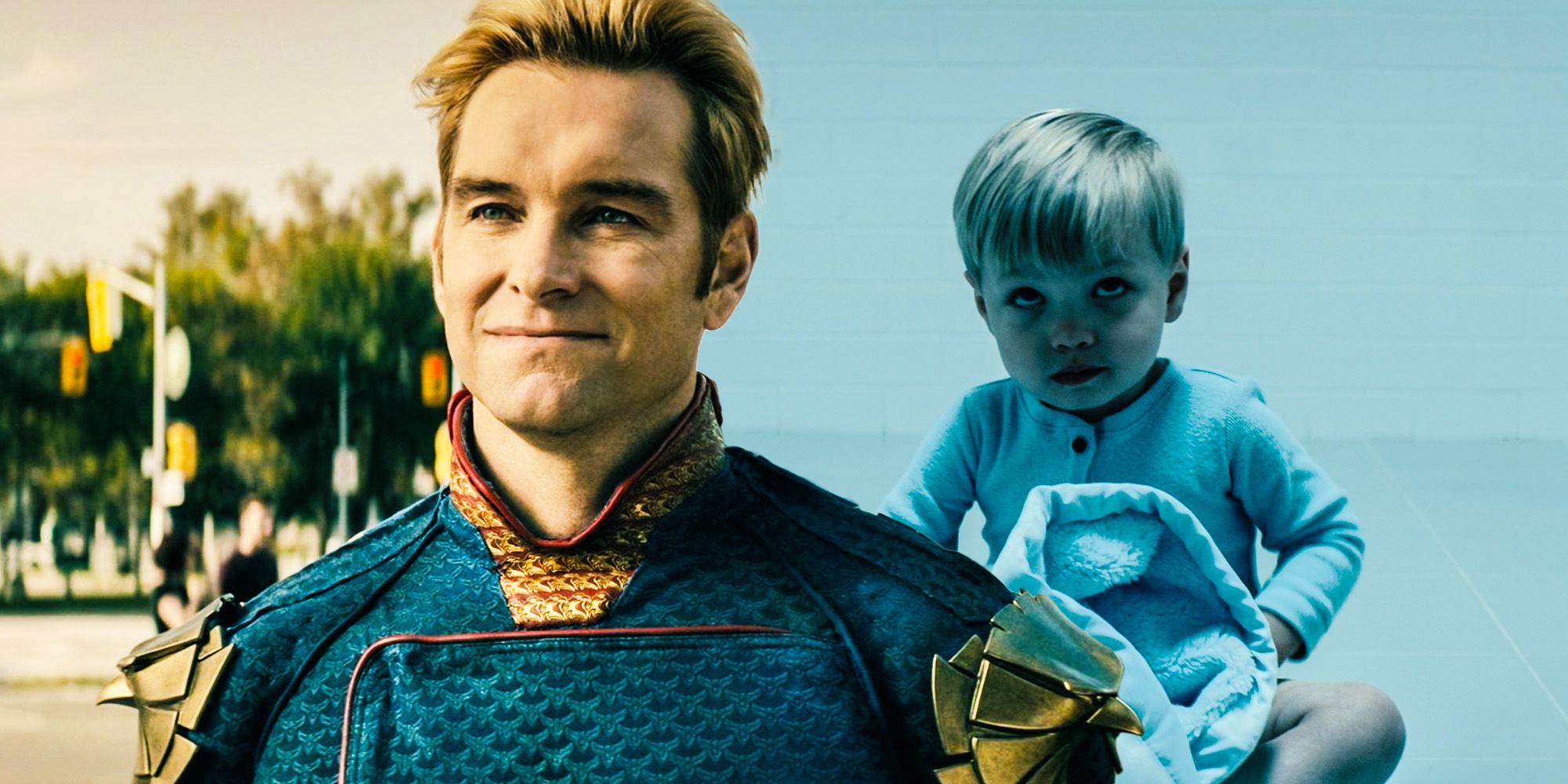 WARNING: Spoilers ahead for The Boys season 3, episode 7

The Boys just clarified two big question marks from Homelander’s origin story – here’s what we learn in season 3, episode 7. Antony Starr’s Homelander has been terrorizing The Boys‘ fictional universe since the TV adaptation first did a satirical superhero landing onto Amazon’s Prime Video streaming service. Along the way, flashbacks and dialogue have provided snippets of the Seven leader’s backstory. Homelander was grown in a test tube by Vought’s Jonah Vogelbaum, biologically designed as the pinnacle of Compound-V superheroes. The young Homelander was then raised and trained under sterile lab conditions until Stan Edgar and Madelyn Stillwell publicly debuted him as Vought’s next superstar.

The Boys‘ Homelander backstory has thus far left two key questions unanswered. Because powerful supes like Stormfront and Soldier Boy age slower than usual (if at all), Homelander’s age remained annoyingly ambiguous, especially since The Boys has never stated how long Vought’s number one spot has been occupied by this blond egotistical nightmare. An even bigger chunk of Homelander’s missing backstory is why Vought pumped so much money into his creation. The corporation was already creating super-babies by bribing parents, but why was Homelander singled out as Vought’s lab-grown future figurehead? The Boys season 3, episode 7 addresses all of the above.

During the final moments of “Here Comes A Candle To Light You To Bed,” Soldier Boy openly confirms for the first time that Homelander was born in Spring 1981, making him 41 years-old during The Boys season 3. Assuming he debuted as a young adult, Homelander’s Vought superhero career must span something either side of 20 years. This new information more or less fits the “young Homelander” research video released between The Boys seasons 1 & 2. That footage was dated 1994, meaning John was 13 at the time. Homelander’s age also places The Boys Presents: Diabolical‘s “One Plus One Equals Two” episode in the early 2000s, hence the visibly younger versions of Stillwell and Edgar. Antony Starr is a little older than his character (born 1975), which might subtly confirm Homelander is like Stormfront and Soldier Boy, not aging past a certain point.

More significantly, The Boys season 3, episode 7 explains why Vought created Homelander. Past episodes (and The Boys: Diabolical) have referred to Soldier Boy as the “former Homelander” in that both are patriotic supes who served as Vought’s public face during their respective eras. We now know their connection runs far, far deeper. Around 1980, Vought decided Soldier Boy wasn’t quite good enough. Maybe the company tired of his poor behavior, or perhaps Stan Edgar simply wanted a version who could fly. Either way, Soldier Boy’s DNA was used to fertilize the egg that ultimately produced Homelander. Vought intentionally engineered their 1980s experiment as a direct upgrade – all Soldier Boy’s strength and resilience but with laser eyes, super-hearing, x-ray vision, and flight. Based on Black Noir’s conversation in Nicaragua, we can extrapolate that Stan Edgar himself was the man who deemed Soldier Boy inadequate for Vought’s future expansion – somewhat poetic considering Homelander would eventually trigger Edgar’s downfall.

Soldier Boy being Homelander’s dad might explain The Boys‘ Ryan Butcher birth mystery too. In Amazon’s TV adaptation, Compound-V powers are not typically hereditary, with Ryan the only known exception to that rule. Homelander was conceived via Soldier Boy “beating his meat into a cup” but then gestated for 9 months specifically to inherit the best parts of his father. This process probably explains how Homelander was able to conceive Ryan naturally, and also why Ryan’s superpowers are a direct mirror of his father’s.

More: The Boys’ Herogasm Beat The Hype (But Not For The Reasons You Think)

The Boys season 3 finally answers two big questions about Homelander’s origin, explaining both when and why Vought brought him into creation.