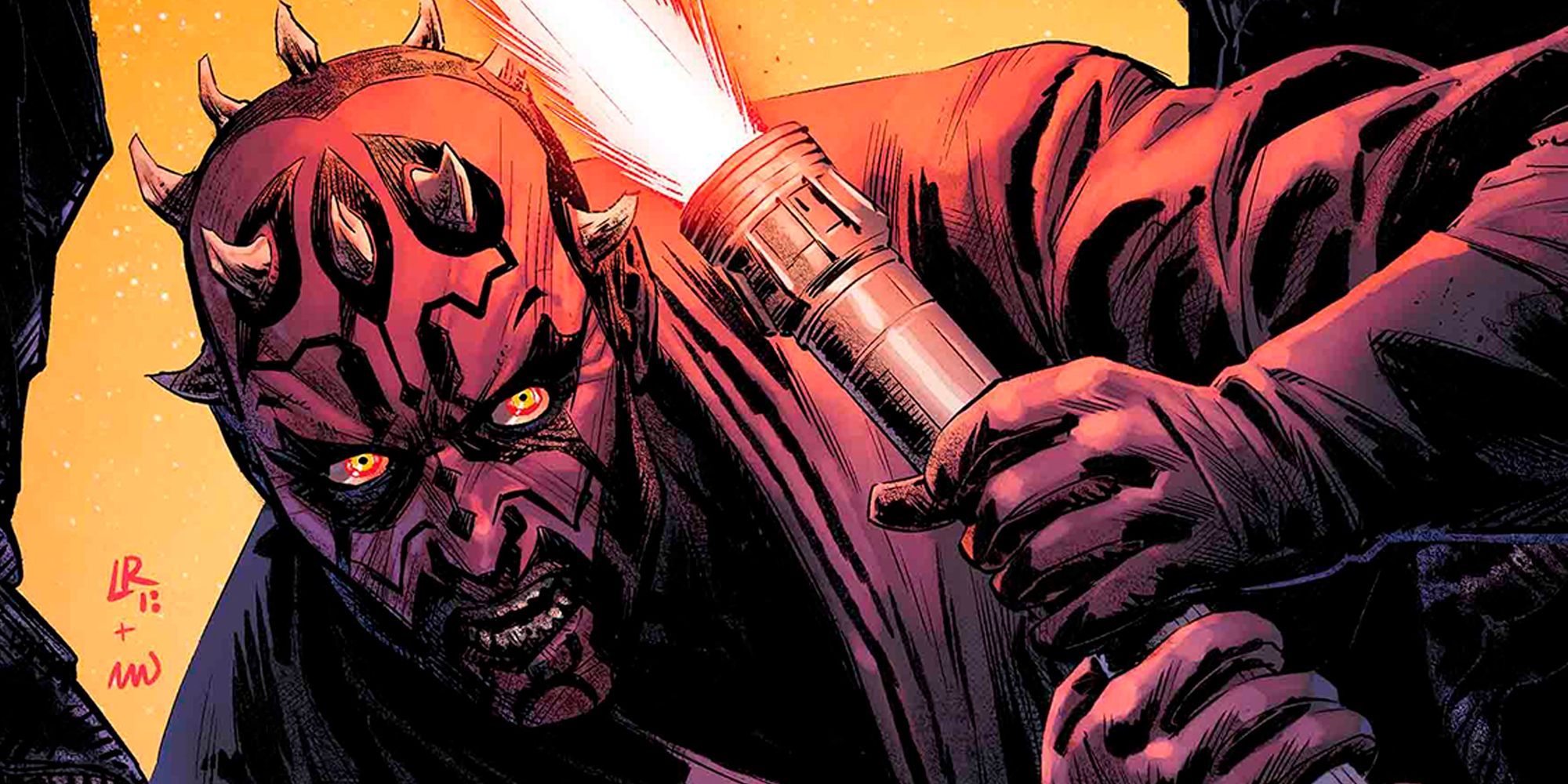 A popular Star Wars fan theory is finally confirmed thanks to a comic that revisits Obi-Wan Kenobi’s famous duel with the Sith Lord Darth Maul. While Obi-Wan and Darth Maul have fought multiple times before in comics and television shows, their two most famous battles are their first and last. But in Star Wars: Obi-Wan #2, an opening panel featuring Obi-Wan’s memoirs finally confirms what fans already knew: Obi-Wan ended the battle as quickly as possible thanks to Maul’s own fear.

Darth Maul memorably first appeared in 1999’s Star Wars Episode I: The Phantom Menace. The Sith Lord’s striking appearance and his double-bladed lightsaber made for a fan-favorite character, and his death at the end of the first film didn’t stop Maul from appearing in comics, novels, and eventually a full-on-resurrection in The Clones Wars TV series (in which Maul was revealed to have survived his first encounter with Obi-Wan and Qui-Gon Jinn). The character received no less than five individual comic series and continues to appear in modern adaptations even today, notably surprising audiences at the end of 2018’s Solo: A Star Wars Story.

In Star Wars: Obi-Wan #2, written by Christopher Cantwell with art by Luke Ross, an older Ben Kenobi (his identity after the conclusion of the Clone Wars) reminisces about his final battle with Darth Maul in the desert of Tatooine. Ben remembers that “…with great darkness and shadow comes sadness…as he lay dying, I felt the horror inside of him. Witnessed it in his eyes.” Ben is referring to Darth Maul’s final death in Star Wars: Rebels; Maul challenged Kenobi, who quickly defeated the Sith Lord in only three moves.

The comic reveals that Obi-Wan’s astoundingly-fast defeat of Darth Maul was not simply out of a desire to protect Luke Skywalker (who was living nearby). Kenobi felt Maul’s palpable fear even before the two clashed swords, and the speed at which he made short work of the Sith Lord was a mercy, not a vengeful tactic. By this point in his life, Kenobi was content, and had banished his own fear and anger at Maul for killing his master nearly thirty years prior.

While most media surrounding Obi-Wan concerns the Clone Wars, Ben Kenobi’s life is just as important. With no galaxy-spanning war and no interplanetary duties, he is free to concentrate on keeping Luke out of danger and looking back on the battles in his life. Fans were correct to assume that Obi-Wan Kenobi killed Darth Maul in the least-violent way possible; the comic proves Ben sensed Maul’s fear and decided then and there to rid him of his demons.

Obi-Wan’s final battle with Darth Maul was shockingly quick, but a new Star Wars comic reveals a fan theory about the duo is the reason why.