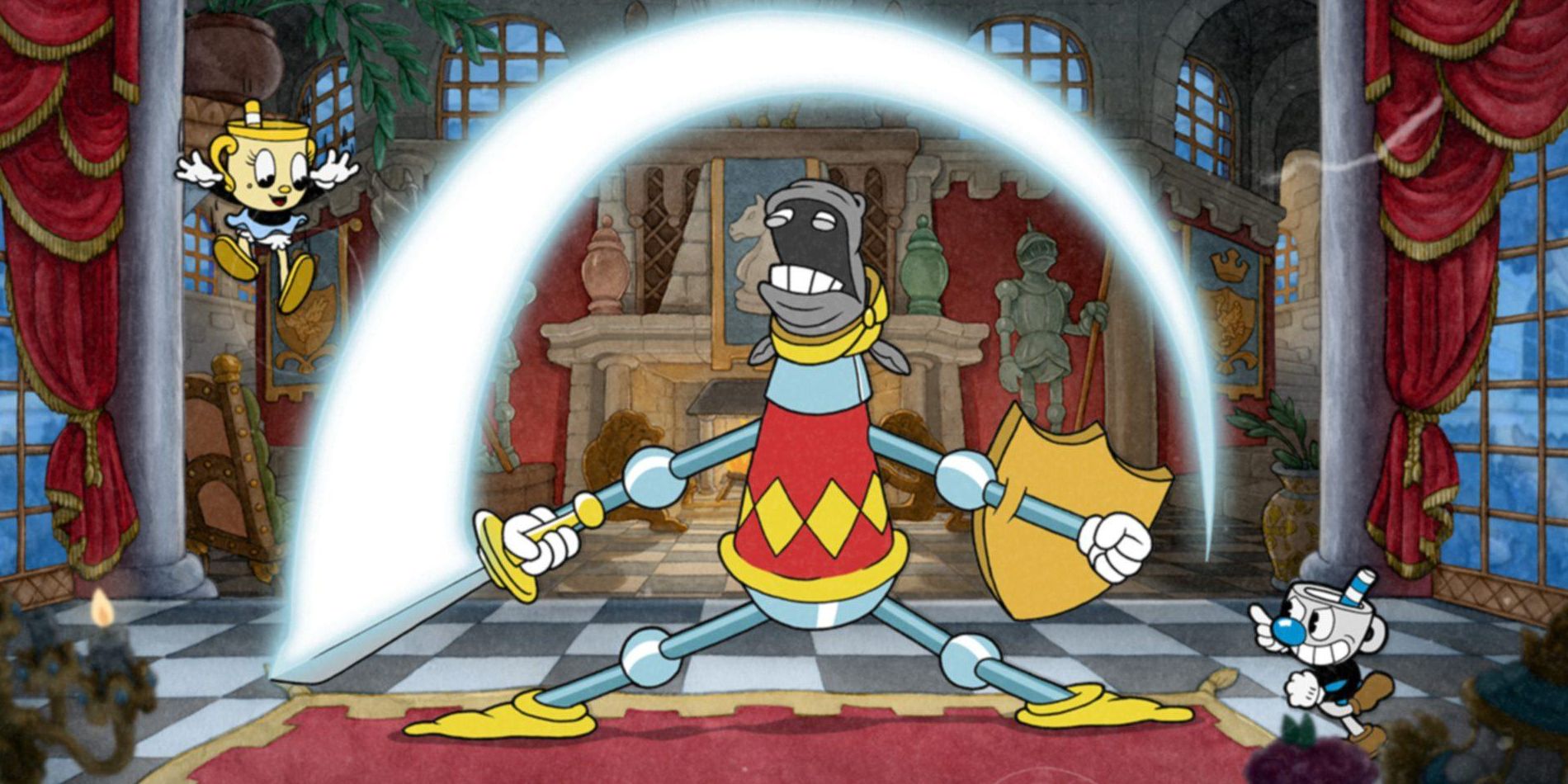 There are five bosses to defeat in order to complete the King of Games’ gauntlet. After defeating the Chess Pawns first, players will work their way through the Chess Knight, Chess Bishop, Chess Rook, and Chess Queen. In every challenge, any charms or weapons purchased with coins in Cuphead: The Delicious Last Course will be deactivated. The only way to win is to identify the boss’ bright pink vulnerable spot and parry it while avoiding damage.

Related: Which Classic Cartoons Cuphead Was Inspired By

Unlike the secret boss that’s unlocked by solving the tombstone puzzle in Cuphead: The Delicious Last Course, the Chess Knight boss only has one phase, but it will take some patience to defeat him. This boss only has a few attacks, and once players can identify the different poses, it should be easy to avoid taking damage. Additionally, players need to stay close to the Chess Knight, otherwise, the boss will stop to taunt and eventually initiate an attack without warning, making it difficult to avoid. Luckily, standing near the Chess Knight’s shield until the boss starts an attack will eliminate the taunting sequence.

The Chess Knight will dash across the screen with their sword pointed forward, sweep their sword in a semi-circle upward, or perform a quick thrust attack by stabbing upward. The first two attacks give players the opportunity to parry easily without being hit. The dash attack will happen when the Chess Knight’s visor is down and the boss’ leg lifts up. For this attack, players should jump and parry as soon as the Chess Knight starts moving in order to beat the Cuphead boss. Jumping once and parrying should allow players to hit the plume without taking any damage.

The upward sweeping attack is the only move that occurs when the Chess Knight’s visor is up and their eyes can be seen. After the sweep, players will have a second or two to quickly jump and parry before the boss gets back in their default position. After the two main attacks, the Chess Knight will temporarily be exhausted, but there’s not enough time to parry again without taking damage. Additionally, the upward thrust doesn’t give players much time to parry, so waiting for one of the other attacks is recommended. The process for defeating the Chess Knight is slow, but sticking to one parry at a time for the two main attacks will ensure this boss is defeated in Cuphead: The Delicious Last Course.

Next: Will There Be A Cuphead 2?

Cuphead: The Delicious Last Course is available for PC, Nintendo Switch, Xbox One, and PlayStation 4.

Cuphead: The Delicious Last Course has a new set of parrying challenges issued by the King of Games, and the Chess Knight is the second boss.