Predator 1987’s Hidden Meanings Make It Deeper Than You Realized 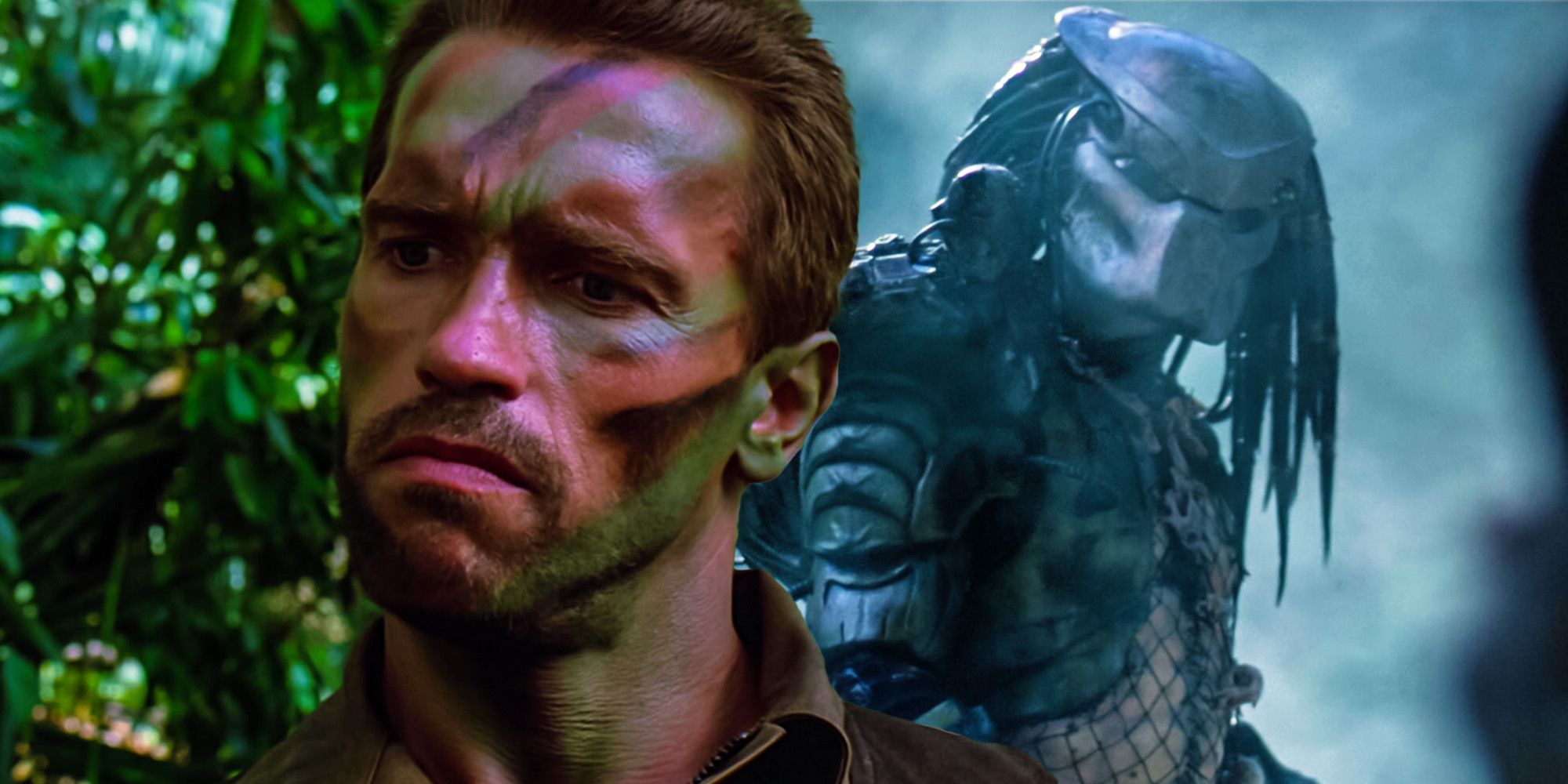 Predator 1987’s Hidden Meanings Make It Deeper Than You Realized

John McTiernan’s original 1987 Predator movie has long surpassed cultdom and is now widely considered a certified classic of 1980s macho action cinema – but its hidden meanings make it much deeper than many realize. The film has spawned several sequels and even a crossover that saw the Predator hunt Xenomorphs in the Alien vs. Predator films. However, coursing beneath the original Predator’s wanton display of carnage and graphic violence are hidden subtexts and a level of intelligence and filmmaking craft that belies its wider reputation as a hollow genre spectacle or just another Arnold Schwarzenegger vehicle.

One of the ways in which Predator transgressed its contemporaries was by essentially splicing together two of the most commercially successful genres of the 1980s that had begun to languish creatively by the latter half of the decade: the slasher and the action thriller. By applying the violent mounting body count dynamic of 80s slasher fare to the muscular, explosive, and testosterone-fuelled formality of the latter, Predator emerged as a unique and enduring genre hybrid. It’s as if McTiernan’s film takes the initial slasher qualities of The Terminator – another early Schwarzenegger film – and runs with it. Judged in slasher terms, the extra-terrestrial Predator becomes the masked killer, and Arnie becomes the final girl.

Related: The Predator Legacy Character Who Could Cameo In Prey

In doing this, Predator can also be viewed as a sly subversion of the oiled-up machismo, flagrant gunplay, and wanton destruction that was prevalent in every over-the-top 1980s actioner, such as Invasion U.S.A., Eye of the Tiger, and just about anything from the Cannon Films assembly line. On the surface, Carl Weathers and Schwarzenegger’s bicep-popping mid-air arm-wrestling, Jesse Ventura’s minigun-toting “sexual tyrannosaurus” posturing, and Shane Black’s cavalcade of crude jokes are all signifiers of a bona fide brainless action spectacle. Before long, however, the film’s motley crew of mercenaries are slowly reduced to whimpering, Little Richard-singing wrecks as they become prey to the dreadlocked alien Predator who wants their spinal columns for his trophy cabinet. Add in the fact that the inciting central mission that brings the military unit to the Central American jungle was essentially a lie (meaning the spectacular camp attack sequence was utterly pointless) and just how ineffectual their heavy-duty weaponry is against the alien make the movie a striking subversion of (and scathing commentary on) every paint-by-numbers 1980s action movie.

Similarly, the shady military operation initiated by Dillon in Predator relates to how the film can also be perceived as a metaphor for U.S. imperialism getting out of hand in the 1980s – a decade when the country went out of its way to embroil itself in conflicts with numerous nations across the globe. This national flexing would soon bleed into ’80s action cinema, where films like Commando, The Delta Force, and the Rambo sequels feature Americans casually entering warzones to wipe out armies of foreign enemies. The alien’s presence on a foreign planet where it hunts soldiers for sport essentially serves to reflect the hostility of the imperialist American military activity in the film right back at them – a metaphor that also extends to the belligerence of Reagan’s foreign policies at the time.

Predator is a stone-cold action-horror classic that succeeds thunderously as the type of unbridled, irresponsible entertainment only the 1980s could produce. And though the film can be fully appreciated purely on this level, it is certainly more profound than most may give it credit for – not least for how it bait-and-switches audiences’ expectations while smartly commenting on its era’s cultural and political issues. As such, it’s no surprise that its director John McTiernan would go on to revamp the action genre once again with Die Hard and further satirize it more blatantly with Schwarzenegger in Last Action Hero. Yet when it comes to the apex of red-blooded action cinema with a brain, however, 1987’s Predator is the pick of the bunch.

Next: Why Predator Could Have Ended With The Death Of Arnie’s Dutch

Though Predator’s reputation as a testosterone-fuelled 1980s action classic is certainly earned, the film is also deeper than many give it credit for.