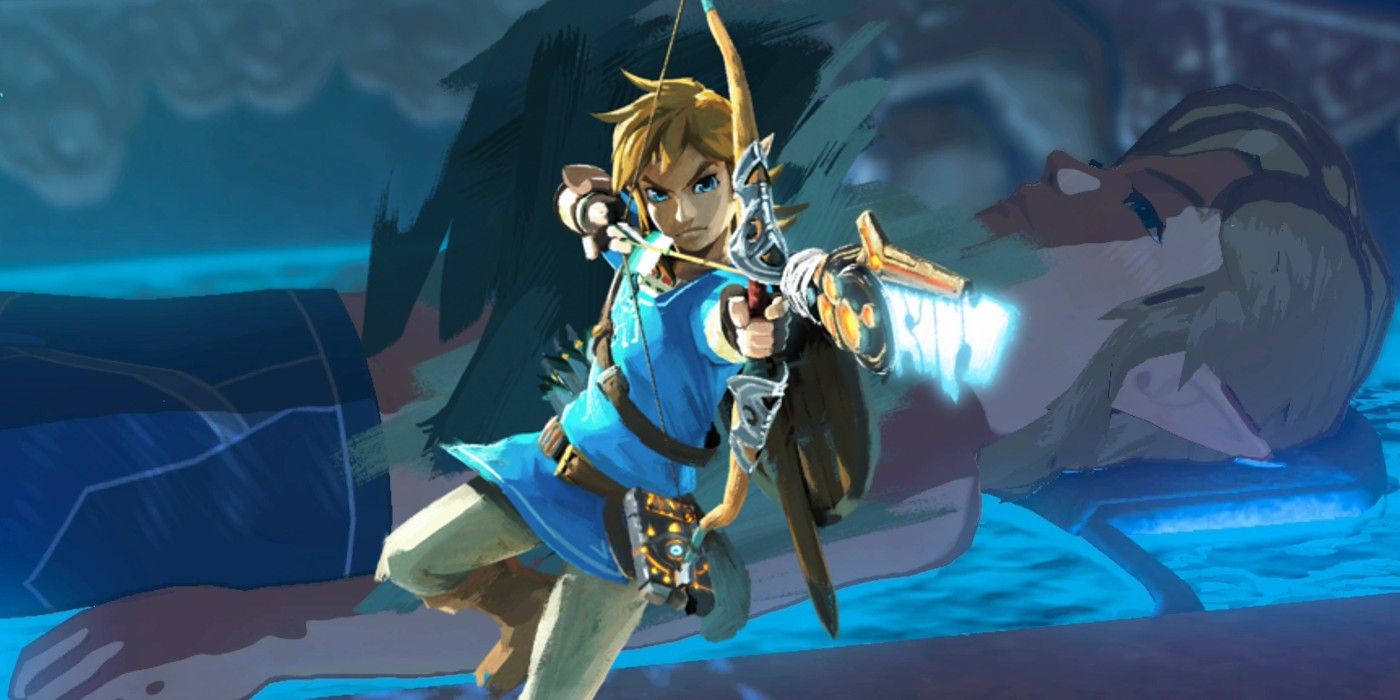 The Legend of Zelda: Breath of the Wild is a massive departure from the Zelda formula in many ways, but one change that may have gone over players’ heads is why the game doesn’t allow them to name Link. Breath of the Wild is full of mysteries and intricate details that players are still discovering to this day, and Link’s name being canon is a particularly significant one. The choice ultimately subverts Zelda tradition in order to establish Breath of the Wild‘s grander vision.

In every Zelda game before Breath of the Wild, Link’s name was chosen by the player. The stand-in name for the series’ protagonist was always Link, but the player was always encouraged to use their own name. This gave earlier Zelda titles more of a roleplaying element, in which the player identified more personally with Link. It went hand in hand with the fact that Link never spoke in earlier titles, giving the player’s actions and voice precedence. Link essentially acted as a blank slate, with minimal character descriptions in games such as Ocarina of Time, known only for his laziness and being an outcast. It was the player who formed Link into the Hero of Time by overcoming obstacles and tackling mighty foes.

Related: Zelda Characters Only In One Game Who Should Return In BOTW 2

Had Link been named after the player in Breath of the Wild, his backstory would not have the same impact. Link’s missing memories are central to the game’s plot. The memories collected throughout the game are core facets of Link that were lost during his Slumber of Restoration. As he retrieves them, Link regains vital parts of himself and eventually becomes the same person he was one hundred years before Breath of the Wild. Players learn that Link was a knight who fought valiantly beside Hyrule’s best before BOTW against Calamity Ganon, and that he had a deep relationship with Princess Zelda and a brotherhood with the kingdom’s Champions. Had Link been named after the player, they wouldn’t be able to identify with a tale that wasn’t their own – these scenes do not shape the player but Link himself.

In the same vein, Breath of the Wild seems to complete the transition the Zelda series began in Skyward Sword by giving Link diverse dialogue options. This incarnation of Link still doesn’t speak with an audible voice, but is given dialogue choices that fulfill his personality. A lot of them are funny, giving a sense of humor to Link, even to the point of trolling the citizens of Hyrule. Nintendo still allows the player to choose between his responses, but it’s clear that Link’s own flair is present within them.

Another major medium depicting Link’s character is presented through Breath of the Wild‘s Japanese Adventure Log. In the original, untranslated game, Link writes the Log in first-person, rather than the robotic third-person text offered in the English version, keeping track of his quests and using the platform as a diary. Here, players have direct access to Link’s thoughts throughout his journey. He details his interactions with the citizens of Hyrule, his feelings for Zelda, and his doubts about his mission. These entries give important individualization to Link that further separates him from the player.

The history of Zelda games used to follow a rigid structure, but with the creation of Breath of the Wild came a new era for the series. Abandoning the traditional layout and larger roleplaying aspect was a bold move for Nintendo, which resulted in a major success. Nintendo fulfilled the hopes many fans had for a more developed Link. While these changes to Link were a huge step, more can still be done to break the series’ mold, such as allowing Link to speak, making Zelda playable, or adding a new main villain. Fans will soon see whether or not Nintendo continues to push the envelope in the upcoming sequel to Breath of the Wild.

Next: Everything BOTW 2’s Story Can Learn From Majora’s Mask But Change

Players cannot name Link in The Legend of Zelda: Breath of the Wild because its narrative is built around the established character of Link.