The 10 Best Standalone Anime Movies of the 2010s, According to MyAnimeList 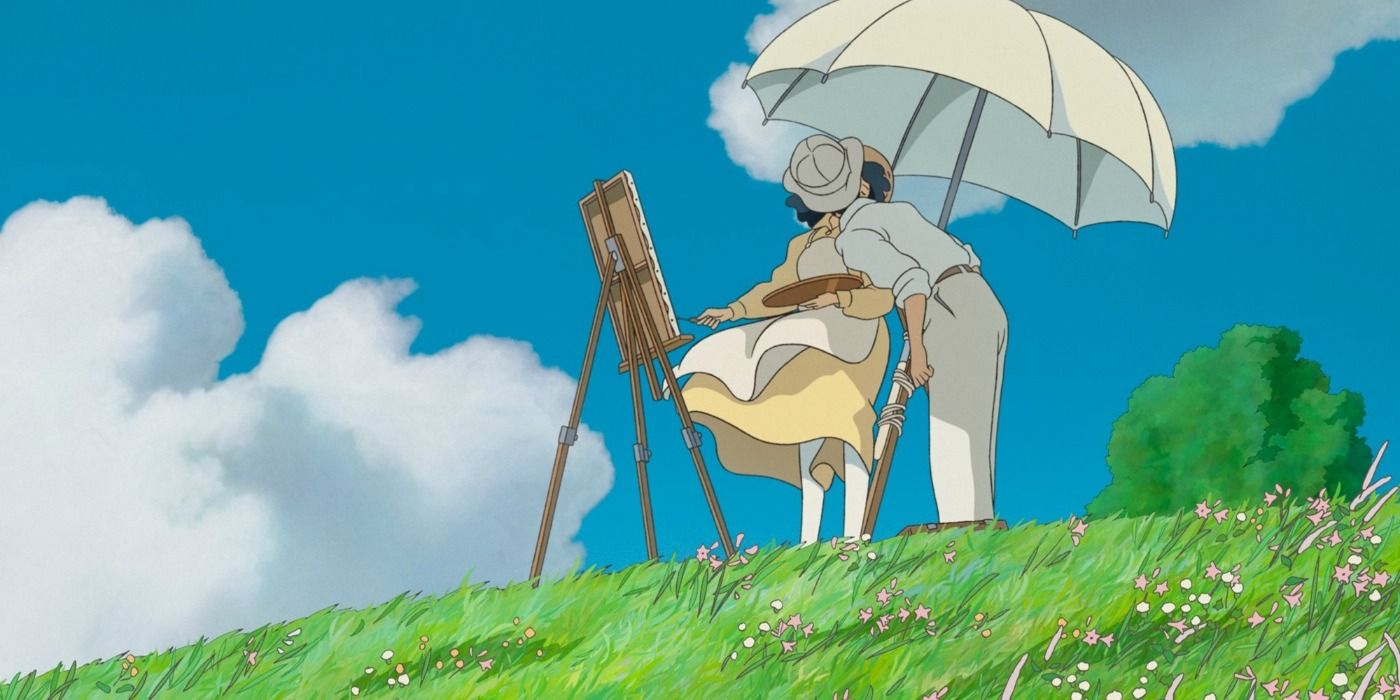 The 10 Best Standalone Anime Movies of the 2010s, According to MyAnimeList

While there is definitely a lot of hype to be had with franchise anime movies such as One Piece Red or Dragon Ball Super Hero, standalone movies deserve some love too. In fact, some of the strangest and most ambitious stories in fiction have come from anime.

This year, fans are getting another beautifully crafted movie from Makoto Shinkai, Suzume’s Door-Locking, which involves mysterious “doors” opening all around Japan, in the ruins of flooded cities. These movies, unrestrained by the existence of a long-running series, get to tell some amazing stories. What are the best standalone anime options, according to MyAnimeList voters?

The Wind Rises is a 2013 historical period drama from Studio Ghibli and directed by the legendary Hayao Miyazaki. It follows the story of Jiro Horikoshi, a young boy from way out in the sticks. Although his acute myopia ruined his dreams of being a pilot, he hoped to help pilots take to the air instead by being an aeronautical engineer.

RELATED: The Highest Ranked Anime Of Every Year In The 2010s, According To MyAnimeList

Unfortunately, the Second World War changed everything. The Wind Rises starts as a wistful movie at first and slowly devolves. It tackles the inherent corruption of war on even the noblest of pursuits. Jiro’s childhood dream clashes with the brutal pragmatism of wartime Japan, and that moral struggle is felt throughout the movie.

The Tale of Princess Kaguya is an animated adaptation of The Tale of the Bamboo Cutter, animated by Studio Ghibli, and is Isao Takahata’s last directed Studio Ghibli movie before his passing. The story tells the tale of a miniature girl, found within a bamboo shoot. She is raised to be human by the couple, and soon, she finds love on Earth.

However, she is called back to the moon, and now she must choose between the humans she’s grown up with or the place she truly belongs. The Tale of Princess Kaguya is a straightforward adaptation of the classic tale but adds a lot of character development to help inform the characters’ decisions. It’s also gorgeously animated in a unique style that hasn’t been seen in any other Ghibli movie since.

In This Corner of the World is a historical period drama set in World War II, directed by Sunao Katabuchi and animated by MAPPA. The story follows Suzu Urano, a young girl who marries a young man from the port city of Kure, Shuusaku Houjou. While their love story starts out wholesome, the year is 1944, and history has other plans for their happiness.

In This Corner of the World is a severe indictment of war and how deeply it affects even the smallest communities. The harshness of the movie contrasts with Suzu’s boundless optimism, and that contrast soon comes to a head when the war reaches its final stages. It is a deeply tragic tale but also speaks of the indomitability of the human spirit, no matter how battered.

The Boy and The Beast is an urban fantasy adventure film directed by Mamoru Hosoda and animated by Studio Chizu. In the film, there are two realms: those of humanity and those of the beasts’. One evening, a young boy named Ren runs away from home and meets a beast-man named Kumatetsu.

While a relatively standard adventure story, The Boy and The Beast makes full use of its unique style and solid character dynamics to build an unforgettable experience. The animation is energetic and the musical score perfectly complements the wackier sequences of the film. It’s a beautifully fun tale about finding strength through helping others.

Classmates is a slice-of-life romance directed by Shouko Nakamura and animated by A-1 Pictures. Hikaru Kusakabe is a carefree young man, living in the moment. One fateful day, he catches the honor student Rihito Sajou practicing his singing alone. Hikaru, charmed by Rihito’s uncharacteristic awkwardness, decides to help him practice. So begins the seeds of romance.

Classmates is a straightforward romance but manages to break the mold of many Boys’ Love stories by being a wholesome and relatably awkward story. Both Hikaru and Rihito deal with their feelings in messy ways, but never to the point of being ludicrous. This relatability, along with the melancholy animation style, helps make Classmates a great LGBTQ+ romance.

Maquia: When the Promised Flower Blooms is a high fantasy family drama film directed by Mari Okada and animated by P.A. Works. It follows the story of Maquia, a young lady who is a member of a different race known as the Iorph, mystical beings who can stay young for thousands of years. While escaping war, she finds a lone surviving baby and decides to adopt him for her own.

The movie’s greatest asset is its wonderfully realized high fantasy world. Beautiful setpieces give the story of aging, grief, and loss a melancholy vibe. The story’s fantastical elements elevate the grounded emotional weight of the core story. Okada’s directorial debut has shown that she learned a lot from all of her past experiences.

I Want To Eat Your Pancreas is a coming-of-age drama film directed by Shinichiro Ushijima and animated by Studio VOLN.  The story follows an unnamed male protagonist who meets a girl named Sakura Yamauchi, a girl with pancreatic cancer. Slowly, they develop a close bond, one that evokes jealousy from Sakura’s best friend, Kyoko.

I Want To Eat Your Pancreas is a beautifully crafted movie about the importance of human relationships. The lack of a name for the protagonist further accentuates that feeling. Despite not calling each other by name, their actions alone communicate how important they feel the other is, all told through visual language.

Wolf Children is a modern fantasy-drama film directed by Mamoru Hosoda and animated by Studio Chizu. This would be Studio Chizu’s first-ever work, being established by Hosoda himself to create the movie. The story follows Hana, a young woman who falls in love with a werewolf, and her struggles as a young mother of two half-wolf children.

The movie’s core themes are based on parenthood. Wolf Children manages to portray the harsh realities of raising children and balance it with the wholesome moments that make it all worth it. Motherhood is a difficult path for any person, let alone a young woman barely out of college, and in the midst of its fantasy elements, Wolf Children humanizes its main character through these struggles.

Your Name is a romantic fantasy drama film directed by Makoto Shinkai and animated by CoMix Wave Films. The story follows Taki Tachibana, a city boy bored with his mundane life, and Mitsuha Miyamizu, a rural girl who yearns for a life outside of her small town. One day, they swap bodies, and through this unique situation, they form an unexpected bond that transcends both time and space.

Your Name resonated with audiences thanks to its deeply relatable themes of growing up, feeling lost, and living a life of regrets. The fantasy elements are only window dressing for the core story, which is a romance between two different people who fight fate itself to meet again. It helps that it looks absolutely gorgeous while doing it too.

A Silent Voice is a coming-of-age drama film directed by Naoko Yamada and animated by Kyoto Animation. The story follows Shoya Ishida, who after a failed suicide attempt, decides to make amends with all of the past mistakes in his life. Shoya soon meets with an old classmate of his that he bullied, a deaf girl named Shoko Nishimiya. A Silent Voice tackles mental health and physical health with surprising tact.

Shoko is not defined by her deafness, nor is Shoya defined by his depression. Plus, for a movie focusing on a deaf character, A Silent Voice has some stunning sound design and music, shifting from muffled and crystal clear based on who the audience follows. Mix that with Kyoto Animation’s gorgeous trademark style, and A Silent Voice easily earns all of its praise.

NEXT: The Highest Ranked Animated Series Of Every Year In The 2010s, According to IMDB

While franchises often rule the popularity polls for anime lists, it’s always interesting to look back at some of the standalone gems from the decade.