Which Futurama Character Are You, Based On Your Zodiac Sign? 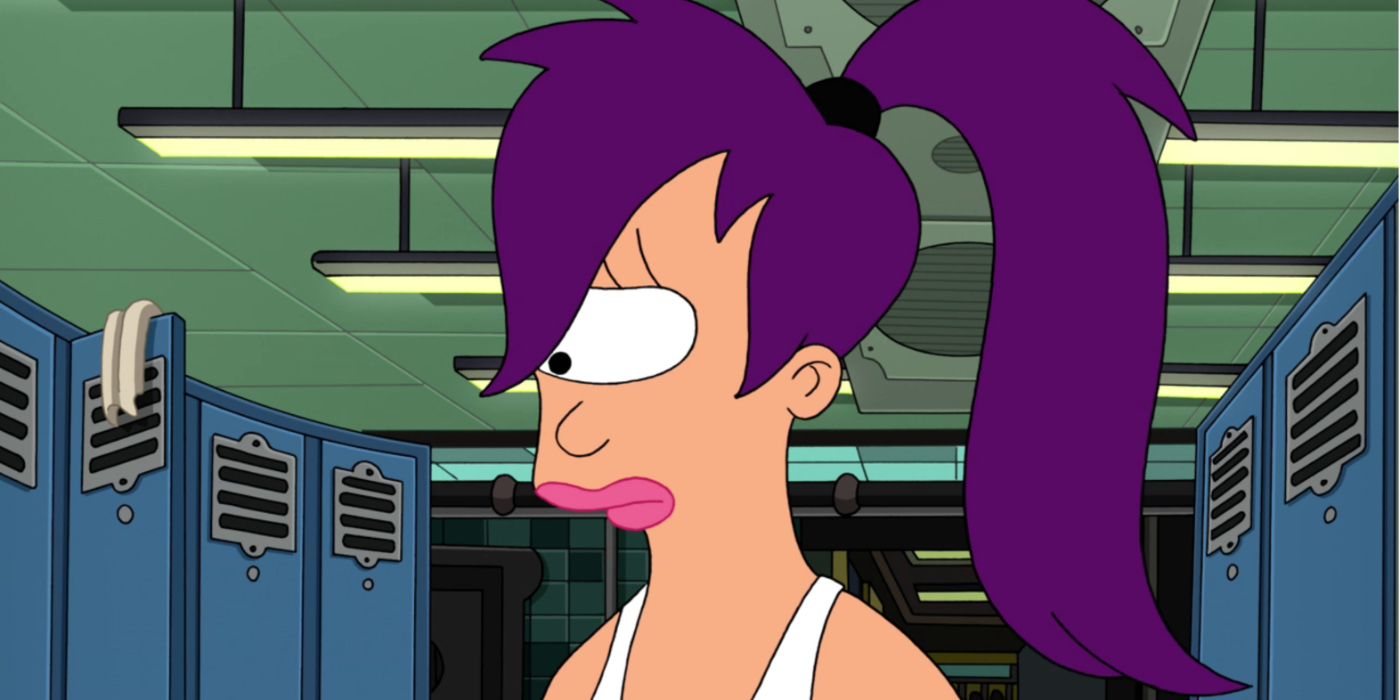 Which Futurama Character Are You, Based On Your Zodiac Sign?

News of the animated sci-fi sitcom Futurama‘s reboot has come as a welcome surprise all around. It’s the third time that the show has been revived thanks to the enduring impression its hilarious and lovable characters have left throughout its cancelations. While not reaching the heights of The Simpsons, it has remained a popular classic since it started.

With all original cast members now being confirmed to reprise their roles, now begins the impatient wait for the return of the Planet Express crew. After a ten-year-long wait and with a cast as big and as varied as the population itself, the Planet Express crew and the people they meet on their deliveries can be revisited by being assigned to the signs of the Zodiac.

Turanga Leela is the feisty captain and voice of reason within the Planet Express crew. Her strong morals counteract many of the more ethically questionable characters, but she isn’t afraid to use her martial arts skills if anyone crosses her.

Just like any Aries, Leela is ruled by her emotions and her passionate beliefs. As natural leaders, people born under Aries tend to impress their beliefs upon others, hence Leela’s habit of leading the crew on dangerous adventures. Leela constantly gives off Aries energy with her volatile emotions, strong will, and lethal boot-clad kick.

Scruffy the Janitor is Planet Express’ dependable, office-bound, lurking in the shadows yet comically satisfying character. He’s either hard at work keeping the show running or he’s putting his feet up with a magazine. Overall, Scruffy is lovable, and his main character energy leads many fans to think he is one of the Futurama characters most deserving of a spin-off.

People born under the Taurus sign are said to enjoy their home comforts and material possessions, yet they can also be extremely dependable. While Scruffy doesn’t possess much, he’s definitely one of the more laid-back cast members and likes nothing more than to relax while also being a hard and reliable worker.

Considerably the cutest Futurama character, Nibbler is the sociable, charming, and lovable alien. He lives the Gemini double life as a sophisticated and wise Nibblonian Ambassador to Earth, while also hiding his true self to live a domesticated, pampered lifestyle as Leela’s pet.

Geminis are gifted communicators and usually comes across as one of the most intelligent people in the room. Nibbler’s rare moments of speech assert his intelligence and his species’ millennia-old wisdom. He is loyal, proud, and not afraid to fight for his beliefs, though more often verbally, and these are true marks of the Gemini.

Delivery boy, Phillip J. Fry may lack conventional intelligence but his heart of gold and emotional availability make him a true Cancerian. He may have been cryogenically frozen for a thousand years, but Fry’s emotions flow freely. Effortlessly loving, Fry’s many romantic gestures toward Leela have endeared him to fans everywhere.

The Crab is the most sensitive sign of the Zodiac. Just like in Fry, the inner child is more prominent than other signs, they fear abandonment, and enjoy wallowing in intense emotions. For all his stupidity, Fry possesses emotional intelligence and surprising wisdom that speaks to Cancer’s strong intuition and near-psychic empathy.

One of the easier characters to place, Zapp Brannigan loves the spotlight. The popular starship captain has seemingly faked his way through life with unrelenting success, always coming out on top despite innumerable failures.

Leos are well-meaning, yet like Zapp, they generally have a flair for the dramatic. Their inner fire rules them intensely, often leading them to want attention and love. Furthermore, Zapp’s tumultuous relationship with Leela is literally the fire-meets-fire product of an Aries and Leo getting together.

Hermes Conrad, Bureaucrat Grade 34, could not be more fitting of the Virgo sign. An intelligent perfectionist, ambitious leader, and reliable workhorse through to the very end, Hermes keeps Planet Express running (or flying).

While they are known for their logical and detail-orientated ways, Virgos can also be extremely loyal. Hermes does have a lot of loyalty and love for his friends, family, and colleagues in spite of his blunt exterior, not to mention his fun and adventurous side as an Olympic limbo champion.

Planet Express’ own Dr. Zoidberg proves himself a Libra with his great and desperate desire for friendship, his tendency to back down and to engage in self-pity.

Libras personify the middle-of-the-road way of life. They are usually indecisive and can be people-pleasers. Zoidberg would do almost anything for anyone, leaving his own needs and wishes behind him. Despite this, Libras can possess grace and a charm that makes manipulation easy and unnoticeable, and there is no denying Zoidberg’s unusual charm.

By far the wittiest, most carefree member of the group, Bender characterizes Scorpio’s resilience, dominance, and its nonconformist, mysterious, and slightly notorious side. True to Scorpio form, this robot has an unfeeling exterior but has shown to have a kindness deep down. All of these traits make Bender one of the most likable characters in Futurama.

The Scorpion is a passionate charmer that never has difficulty finding company. With a glittering yet rare softer side, a Scorpio’s sting is best avoided. Just as Bender presents as incredibly rude and insulting, Scorpios are not always down for polite conversation and small talk. They are too busy thinking about their own desires and goals, which they will ferociously fight for.

Carol Miller, better known as Mom, is a force to be reckoned with. This scheming and exploitative businesswoman acts as the villain in many a Futurama storyline when, in true Sagittarius fashion, she refuses to bow down to anyone.

Sagittarius is known for being untameable, having an unrelenting optimism, and having a desire for adventure. Mom is a true Sagittarius in that she is ruled by her head, not her heart. Furthermore, Sagittarians are known for their extroverted nature and sense of humor, which Mom possesses, though the latter in a more twisted sense.

Professor Farnsworth is the high-achieving, ever-ambitious head of the Planet Express crew. He provides Futurama with many of its best running gags, and his knowledge knows no bounds, except when it comes to people and relationships.

The Capricorn is another dominating force in the Zodiac. Their minds and their wills are unstoppable, their motto is ‘anything is possible.’ The Professor can be found working on wacky, unimaginable inventions and succeeding against the predictions of others. However, if things don’t go their way, the consequences can be disastrous.

Amy Wong is a longstanding intern at Planet Express. A highly intelligent and resourceful scientist in her own right, she’s also a big fan of partying and enjoying the unrestricted life that she leads as a rich and popular woman.

The Aquarius sign makes for truly distinctive individuals. Fitting in is not their forte, they yearn for freedom, for revolution and to remain a mystery to those around them. Amy cannot be pinned down, struggling to juggle her long-term relationship and love for Kiff with her equal love for living life to the full.

Ever the nice guy, Kif displays a number of Pisces traits. As Zapp Brannigan’s long-suffering second-in-command, Kif is known to carry a lot of sadness, to put up with a lot, and longs to be with his sweetheart, Amy.

People born under Pisces are sensitive and dreamers. They are just waiting for someone to sweep them off their feet or carry them away from wherever they find themselves unhappy. Kif, in this way, stagnates in his job despite hating it, but Pisces prefer to remain submissive and aren’t likely to storm out of any situation.

Next: 10 Side Characters That The Futurama Reboot Should Spotlight

The characters of Futurama are vast and varied not just in species but in personality. As a result, they can be assigned to the signs of the Zodiac.