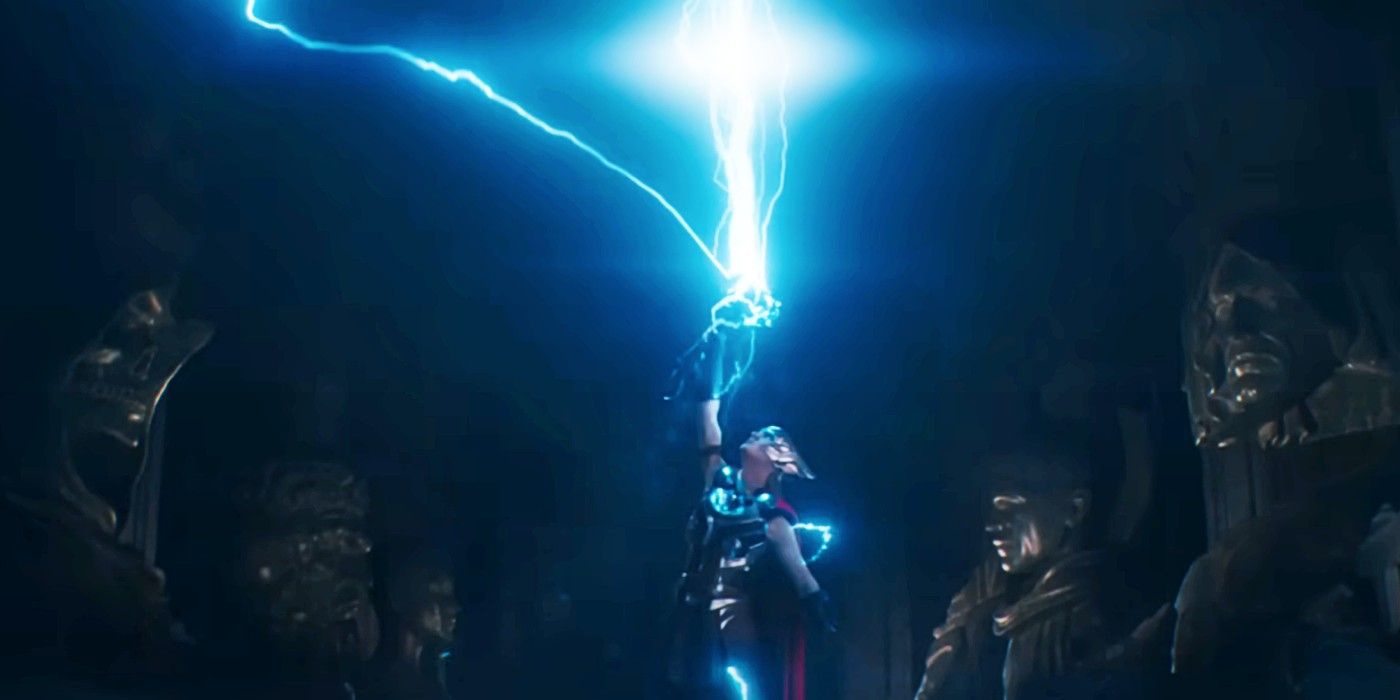 Thor: Love and Thunder star Natalie Portman says the reason she took the role in the film was that she wanted to impress her kids. The film, which is opening in theaters on July 8, is the second Thor film to be helmed by Oscar-winning writer and director Taika Waititi. The film will follow up with Thor (Chris Hemsworth) after the events of Avengers: Endgame during a period where he is experiencing something of a midlife crisis and isn’t sure if he wants to continue being a superhero. However, when Gorr the God Butcher (Christian Bale), decides to eliminate all gods, he must forge an unbeatable team with Korg (Waititi), Valkyrie (Tessa Thompson), and his former flame Jane Foster (Portman), who now wields the hammer Mjolnir and has taken on the mantle of The Mighty Thor.

The film will mark the first time that Portman has returned to the MCU for anything other than a voice role since 2013. She originated the role of Jane Foster in 2011 in the origin story Thor, the fourth entry in the MCU (which has now run for nearly 30 films and counting). Foster is an astrophysicist whose studies lead her to encounter Thor after he has been banished from Asgard, and she eventually grows to love him. Although she returned for that film’s sequel, Thor: The Dark World, Foster has been conspicuously absent from the Avengers crossover films, unlike other Avenger love interests Pepper Potts (Gwyneth Paltrow) and Agent Carter (Hayley Atwell).

Recently, Variety sat down with Portman to discuss her tenure in the MCU. She revealed that the real reason she agreed to return to the Thor franchise after nearly a decade is that she wanted to impress her kids. She has had two children with her husband Benjamin Millepied, who are now aged 5 and 10. She says that they were “enthralled by this process” and that they would beg her to go to work when it’s “Usually… quite the opposite.” Read her full quote below:

I feel like it’s the phase of my career where I’m really trying to just impress my kids. My 5-year-old and my 10-yearold were so enthralled by this process, getting to visit the set and see me dressed up in a cape. It made it really cool. You know, it’s very rare that my kids are like, “Please go to work!” Usually, it’s quite the opposite.

While Portman has been working consistently since her departure from the MCU, it makes sense that none of her recent roles would thrill her children. While her role in the 2016 biopic Jackie earned her her third Oscar nomination, it’s not exactly designed to appeal to the interests of kids. Ditto her roles in the Terrence Malick arthouse films Knight of Cups and Song to Song, the astronaut character drama Lucy in the Sky, and the Alex Garland sci-fi head trip Annihilation.

Certainly, many parents across the globe wish they were able to take a major role in a project like Thor: Love and Thunder just because their kids want them to. Portman is in a unique position and she is using it to her advantage because her kids are a perfect age. That will continue to be the case for several years, so it will be interesting to see if she decides to return for further films after this explosive re-entry into the MCU.

Natalie Portman says that the reason she took the role as The Mighty Thor in Thor: Love and Thunder was to impress her 5 and 10-year-old kids.