How Lightyear Fits Into The Pixar Shared Universe Theory 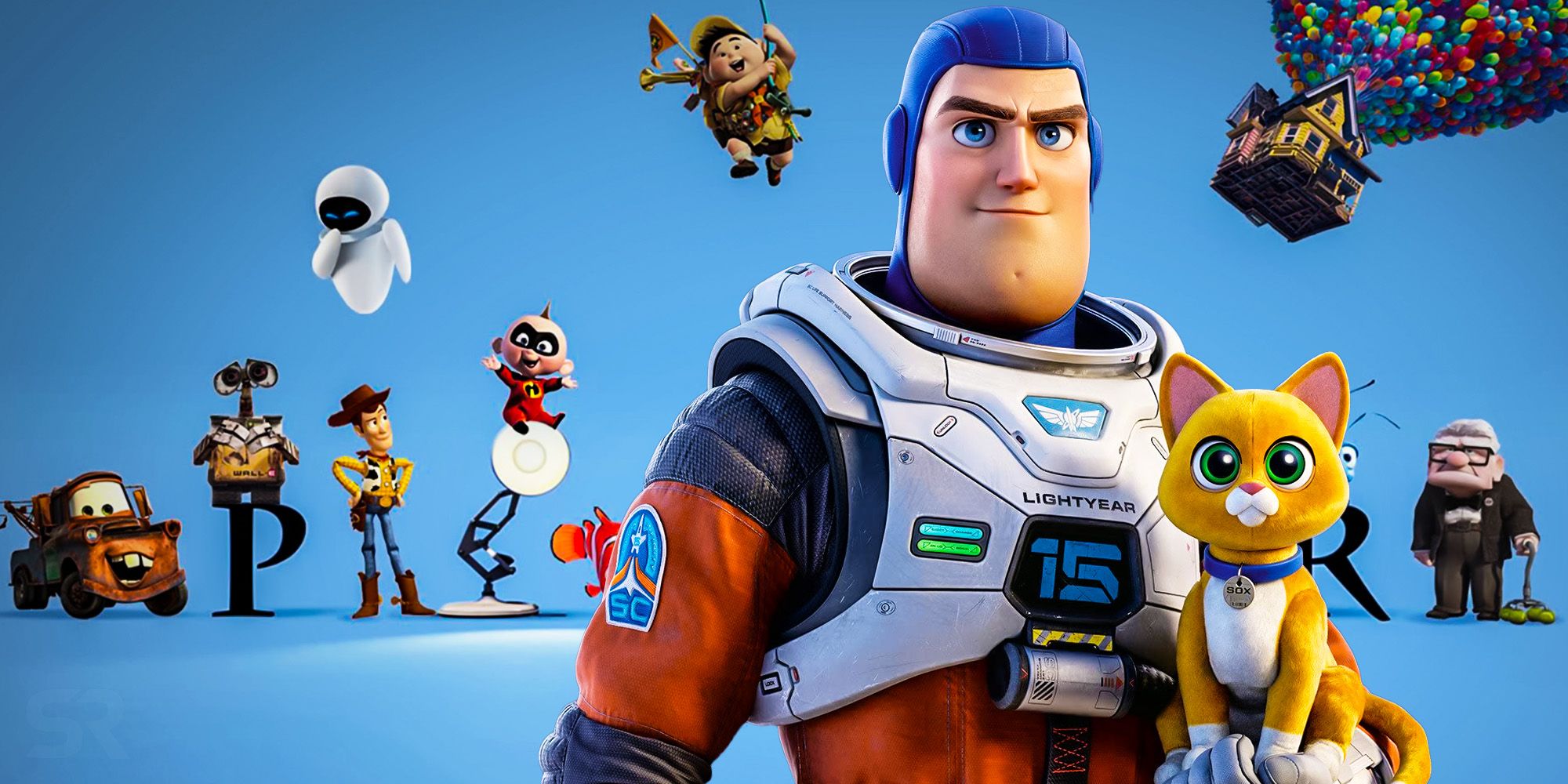 How Lightyear Fits Into The Pixar Shared Universe Theory

Lightyear is the latest project from Pixar, and as such, it should somehow fit the Pixar shared universe theory, which gets more and more confusing as more movies are added – and here’s how Lightyear fits into it. Pixar keeps dominating the world of animation and continues to release two movies per year, always with the studio’s guarantee of high quality. For its second movie of 2022, Pixar went back to the world that started it all to tell an in-universe story in Lightyear, directed by Angus MacLane.

Set in the universe of Toy Story, Lightyear tells the story of Space Ranger Buzz Lightyear (voiced by Chris Evans), which inspired the Buzz Lightyear toy line seen in the Toy Story saga. Lightyear follows young astronaut Buzz Lightyear, who after being stranded on a hostile planet with his commander and crew, tries to find a way back home. Each attempt at traveling with hyperspace fuel makes him travel into the future, and he ends up in a destructive future where Emperor Zurg (James Brolin) has taken control, but that’s not the only surprise that awaits.

As any other Pixar movie, Lightyear has the traditional Pixar references and, given its connection to the Toy Story universe and many Easter eggs and references to these movies, there’s also the question of how it fits into the Pixar shared universe theory, as this always finds a way to fit new Pixar movies into its complicated timeline. Here’s how Lightyear fits into the Pixar shared universe theory.

The Pixar Theory was started by Jon Negroni, who put together all Pixar movies in one universe, and it’s a crazy and confusing one. Through Easter eggs and theories about Pixar’s movies, these are placed into one timeline with a main theme, and it currently begins with The Good Dinosaur, which has the first accounts of animals displaying great intelligence and shows the effect humans have on their environment. Next is Brave, which introduces magic into this universe through a mysterious witch who can bring objects to life, turn humans into animals, and create portals. The Pixar Theory then makes a time jump to the 1950s and 1960s with The Incredibles, set in a time when the government found a way to harness human “energy” by creating superpowered people. This eventually died down, but the technology used to undermine them was realized through an A.I. and the Omnidroid, marking the beginnings of Buy n Large (BnL), which later got into the toy business.

As a result of a plan to harvest human energy, toys became conduits of power that fed off the raw emotions of children, coming to life and making way for the Toy Story saga in the Pixar theory. At the same time, animals continued to develop unbelievable intelligence parallel to humans, and those exposed to humans saw their evolution process speed up, so they were able to read, learn, and understand other languages, and some of them got so into human culture and society that they developed skills like those of humans, and this is where Finding Nemo, Finding Dory, Ratatouille, and Up fit in. Next is Inside Out, which revealed that the sources of human “energy” are emotion and imagination, and then Coco showed how that “energy” can be transferred into the afterlife. The Pixar Theory then makes another time jump with Wall-E, set in a far away future where BnL took over the world, leading to a ravaging of the planet’s resources due to overpopulation, and when humans left the planet, machines started to rule the world, as seen in the Cars trilogy. However, with no human emotion to power them, cars eventually died out

The Pixar Theory takes one last jump into the future with A Bug’s Life, in a world where human repopulation returned a spark into the planet, which led to insects building their own societies and more. By then, animals had evolved past humans and became monsters, who also needed human emotion as power, and to harvest energy, they traveled to the past, as seen in Monsters University and Monsters Inc. That’s the end of the original Pixar Theory, and viewers have since tried to find how Onward, Soul, and Luca fit into it, but as more movies are released, the theory becomes harder to believe and build.

Every Pixar movie includes a bunch of Easter eggs and references to past movies and one special Easter egg teasing the following movie, and Lightyear is no exception. Pixar has built some traditions over the years, such as each movie including the Pizza Planet truck (or a variation of it), the Luxo ball, and an A113 reference, and Lightyear doesn’t seem to break these traditions, with the Pizza Planet truck being found in the scene where Buzz and Sox (Peter Sohn) escape security guards and drive to the ship to go on one more trip at hyperspeed, while the A113 and Luxo ball references are yet to be found – after all, Lightyear is visually packed with tons of objects, characters, and more. These traditional Pixar Easter eggs root Lightyear as a Pixar product, and its Toy Story references only add to it.

As expected, Lightyear has a bunch of Toy Story references, though not all of them work. Lightyear took some dialogues directly from the Toy Story movies (such as Buzz pointing out that the “terrain seems a bit unstable” and there is “no sign of intelligent life anywhere”), made references to other things mentioned by Buzz (such as crystallic fusion), and others to some memorable moments from the Toy Story saga, such as the traffic cones from Toy Story 2, with Lightyear seeing Buzz and company trapped in huge, orange “capture cones”.

All those Pixar and Toy Story Easter eggs leave no doubt that Lightyear is 100% a Pixar movie, but there’s also its direct connection to Toy Story. When Lightyear was announced, there was a lot of confusion over its place in the Toy Story timeline, as it was unclear if it was a prequel, the origin story of Space Ranger Buzz Lightyear, or something more. Luckily, Lightyear solved all those doubts right away as right at the beginning it’s explained that Lightyear is the movie Andy watched in 1995 that made him a big fan of Buzz Lightyear and inspired the toy line seen in the Toy Story movie series, so Lightyear is a movie-within-a-movie.

Next: Why Lightyear’s Box Office Is So Disappointing

Lightyear is Pixar’s latest project, and as such, it should have a place in the Pixar shared universe theory – but does it really fit into it?