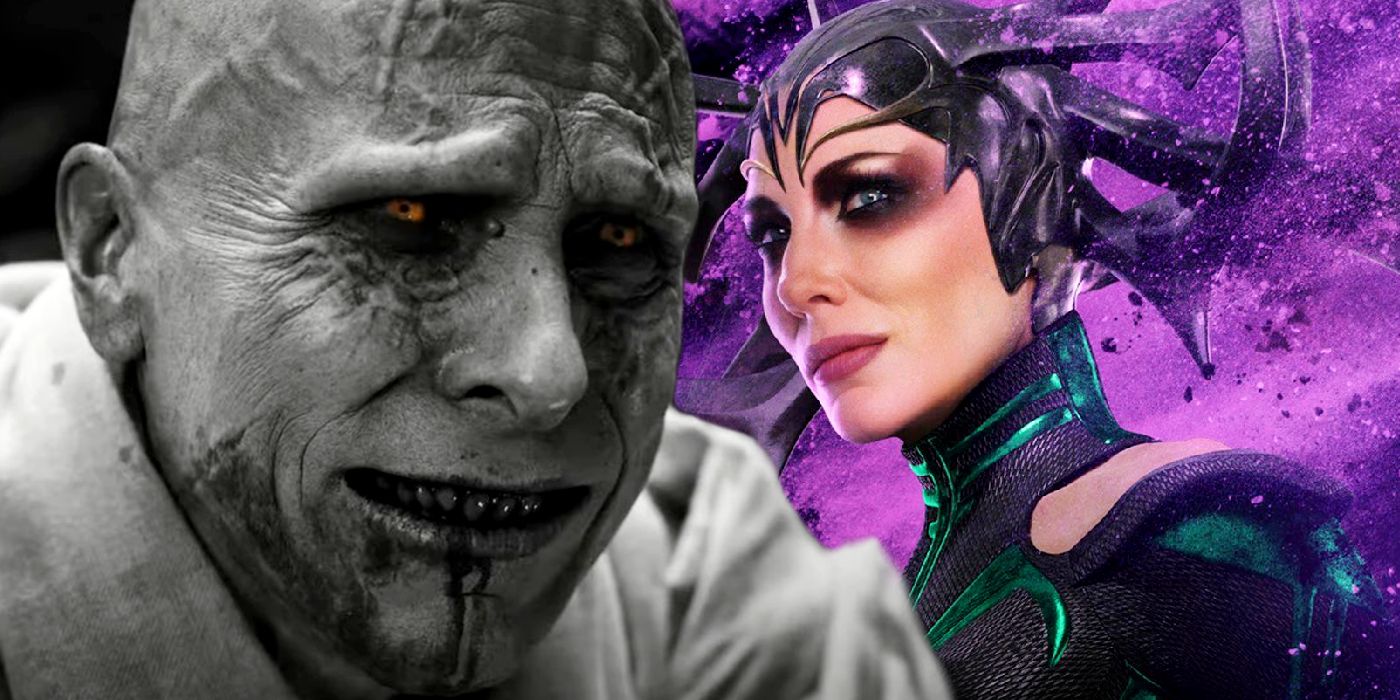 Taika Waititi compares Gorr the God Butcher in Thor: Love and Thunder to Hela from Thor: Ragnarok. Chris Hemsworth’s Thor was first introduced in 2011’s movie of the same name and the character is set to get his fourth solo MCU appearance in the upcoming Thor: Love and Thunder. The film is once more written and directed by Waititi, who also helmed 2017’s Thor: Ragnarok, and it’s set to introduce the MCU’s newest villain, Gorr the God Butcher, played by Christian Bale.

Trailers for Thor: Love and Thunder have provided a first look at Bale’s new villain, teasing a radically different appearance for the actor and showing off some combat not only with Thor but also with Tessa Thompson’s Valkyrie. Gorr the God Butcher follows Thor’s central antagonist in the previous film, Thor’s half-sister, Hela, played by Cate Blanchett. At the time, Hela was the greatest threat Hemsworth’s character had faced, defeating most of the guards of Asgard with ease in Thor: Ragnarok and even slashing out Thor’s eye before he was eventually able to harness his true power and defeat her at the end of the movie.

Related: Where Has Gorr Been In The MCU Before Thor: Love & Thunder?

In a new interview with Disney (via The Direct), Waititi compares the two iconic Thor villains, saying that Gorr the God Butcher is even more formidable than Hela. Waititi explains that, following Hela in Thor: Ragnarok, they were faced with the problem of crafting a villain that was a  “step up,” something that they eventually found in Bale’s Gorr. Check out Waititi’s full comment below:

“We needed to step up from Hela and find a villain who was somehow even more formidable, and we found that in Gorr, who is played by the remarkable Christian Bale.”

After the ease with which Hela defeated almost everything that stood in her way in Thor: Ragnarok, it’s certainly saying something that Gorr is even more formidable a foe. While it’s still not clear exactly what powers Gorr will have in Thor: Love and Thunder compared to Hela’s, the villain’s mission of destroying all gods already hints that he is motivated by something more personal and more powerful than imperial ambition. If the film sticks to Gorr’s backstory in the comics, Bale’s villain will be hellbent on destroying the gods because they didn’t answer his prayers to help his family during a time of suffering.

It remains to be seen just how big of a villain Gorr the God Butcher will be in Thor: Love and Thunder, but if Waititi’s comments are anything to go by, the film will see Thor faced with his biggest challenge yet. Trailers have already teased that Thor will have to assemble a powerful team in order to defeat Gorr, including the Guardians of the Galaxy and Natalie Portman’s Mighty Thor, but Gorr’s great power hints that not all the heroes of the film will make it out alive. Fans don’t have much longer to see how Gorr the God Butcher compares to Hela with Thor: Love and Thunder scheduled to hit theaters on July 8th.

Source: Disney (via The Direct)

Taika Waititi compares Gorr the God Butcher from Thor: Love and Thunder to Hela from his previous MCU film, Thor: Ragnarok, calling Gorr a “step up.”