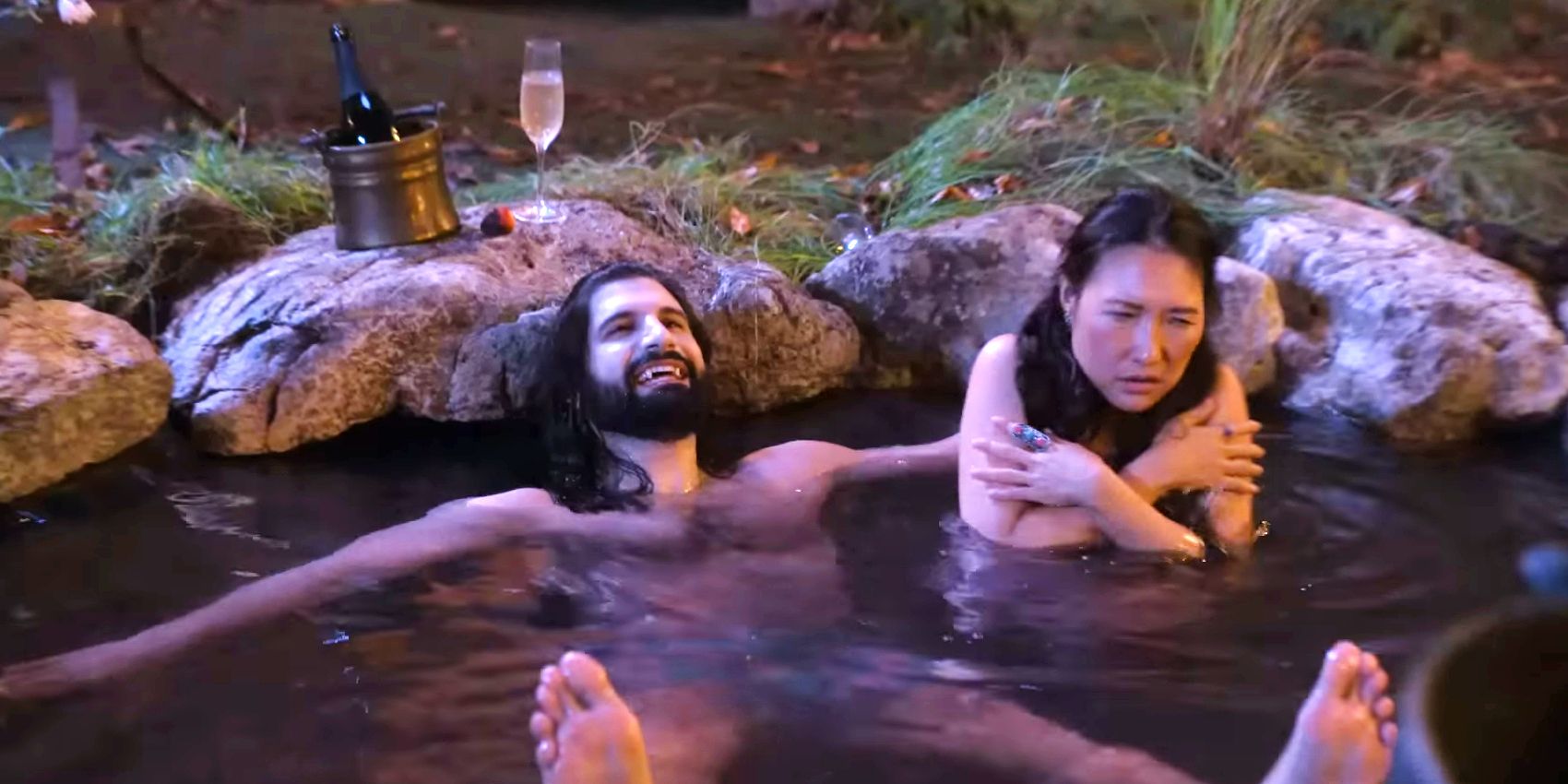 Clocking a 100% approval rating on Rotten Tomatoes, What We Do in the Shadows season 3 upped the ante for the entire series significantly. With the strongest writing for the show so far, season 3 introduced a bunch of new supernatural creatures to the mix, including sirens gargoyles, and hellhounds. The show also ended on an explosive cliffhanger, with the main characters disbanding. In the final episode, Colin Robinson dies only to be reborn as a baby, and Laszlo stays behind to raise him while Nandor sets off on a journey of self-discovery. Nadja heads out for England with Guillermo, who has been forced into a suitcase by Laszlo. What We Do in the Shadows season 4 will pick up from where the previous show had left off, and will see the crew reuniting at their dilapidated mansion.

Now, FX drops the full What We Do in the Shadows season 4 trailer, and it promises a thrillingly absurd journey ahead for the vampires and Guillermo. With a lot to unpack, the trailer suggests some of the plotlines from season 3 will continue in season 4, such as Nandor’s hunt for a wife. But there are also a lot of new, hysterical storylines, including the vampires’ attempts at home improvement, new career moves, and, of course, parenting. Take a look at the trailer below:

Delightfully hilarious, the new trailer for What We Do in the Shadows season 4 puts the spotlight on Guillermo as he transforms into the series’ action hero, doing back flips and taking up sword-fighting. Season 4 is going to be an emotional one for Guillermo, as he will be caught between choosing either his friends or family, but given the kind of tactics he has demonstrated in the trailer, and the wit he has shown previously, it’s likely that he will find a way to balance both, work and life. Interestingly, a scene from the trailer shows Kristen Schaal’s new regular, the Guide, seducing Guillermo. Not much is known about The Guide so far, so presumably, season 4 will get into understanding her backstory and explaining her ambitions behind assisting a highly incompetent vampiric council.

Elsewhere in We Do in the Shadows‘ season 4 trailer, Nadja has opened a nightclub that allows only rich people to enter. As previously detailed, Laszlo will raise a toddler Colin Robinson to be a more interesting creature in his nature vs. nurture experiment. Finally, Nandor’s pursuit of love continues, but with little success. A new What We Do in the Shadows monster in season 4 that has been confirmed is a genie; he will resurrect all of Nandor’s 37 wives upon his request, but then the vampire will have to bear the brunt of his polyamorous marriage. The new storylines will become clear once What We Do in the Shadows season 4 premieres next month.

Next: What We Do In The Shadows: How Season 3’s Ending Twists Set Up Season 4

The new What We Do in the Shadows season 4 trailer sees Nandor searching for a wife, Nadja opening a nightclub, and Laszlo raising toddler Colin.