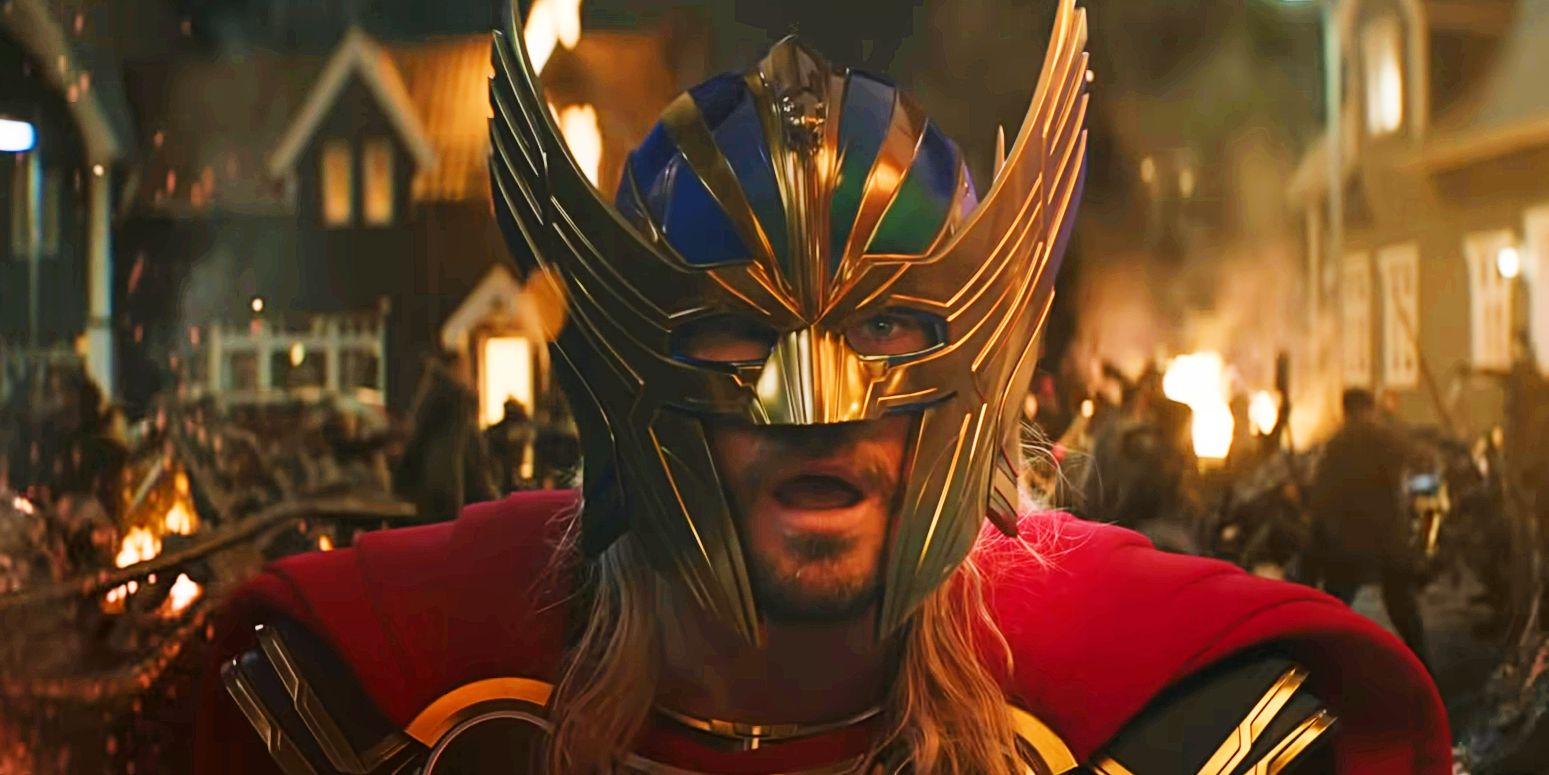 A newly released Thor: Love and Thunder clip shows Thor grappling with the unexpected return of Jane Foster and Mjölnir in his life. The next Marvel Studios blockbuster will see one of the original Avengers continuing his MCU journey following the events of the Infinity Saga. Directed by Taika Waititi, the Chris Hemsworth-led film will exclusively hit theaters in about two weeks.

With its release date inching near, Disney and Marvel Studios are ramping their promotional efforts for the film. Recently, Disney’s head of marketing shared a display of some of the characters’ new Thor: Love and Thunder costumes. Meanwhile, several trailers and shorter TV spots have been rolled out in the last couple of weeks to keep the hype going until its premiere on July 8. Both Waititi and the rest of the cast have also been doing press junkets to talk about the blockbuster, although none could give any specific spoilers away.

Related: Love and Thunder Confirms How Long Thor Can Still Be In The MCU

In its latest marketing push, however, a new full Thor: Love and Thunder clip has been unveiled, giving fans a snippet of Thor and Korg having a conversation. As part of the promotional efforts for Thor: Love and Thunder, Waititi appeared on GMA and debuted a full clip from his latest Marvel Studios film. The video shows Korg questioning Thor’s feelings about seeing Jane and Mjölnir, which understandably makes the God of Thunder uncomfortable. Check out the video below:

Previously released trailers for Thor: Love and Thunder have shown how Thor and Jane’s reunion came to be. It happens in the middle of a fight, but with barely any context, it’s uncertain where they are or who they are battling at that point. Somehow, however, they and the rest of their allies get out of that situation, and to what appears to be a civilian facility of some sort. The new Thor: Love and Thunder clip doesn’t reveal much, but given this presumed progression of things, it only makes sense that Thor is still reeling from reuniting with his ex-girlfriend, who now wields his destroyed hammer. It doesn’t help that Korg is quizzing him about his feelings about his current predicament.

It’s interesting to learn how the return of Jane and Mjölnir will affect Thor’s healing journey in Thor: Love and Thunder. After Avengers: Endgame‘s Fat Thor showed the character struggling with self-worth, the Waititi-directed film is set to show the out-of-shape god of thunder as part of the hero’s physical and mental transformation. Jane and his old hammer’s resurgence could derail his progress, as dealing with them could bring back painful memories that he either thought he had already processed or just tried to forget entirely.

Thor struggles to deal with the unexpected return of Jane Foster and Mjölnir to his life in a new clip from Taika Waititi’s Thor: Love and Thunder.