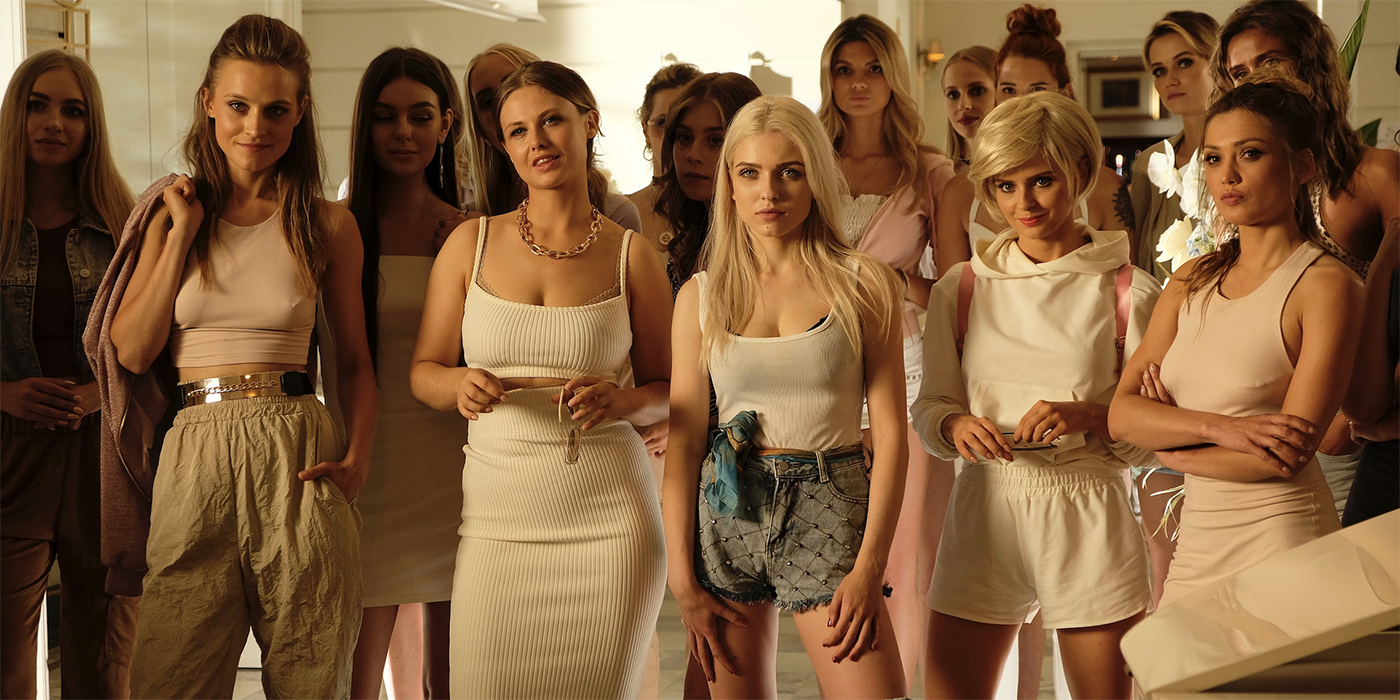 Screen Rant can exclusively present a first look at the English-language trailer for the controversial Polish film Girls To Buy (originally known as Dziewczyny z Dubaju), which will be releasing in theaters and on VOD on July 15 through VMI Releasing. Directed by Maria Sadowska, the movie was inspired by the true stories of real women and based on the best-selling novel Girls From Dubai by Piotr Krysiak.

Girls To Buy, which was a top earner when it opened in Poland last year, follows an ambitious young woman named Emi (Paulina Galazka) who dreams about a life beyond her small town. When the opportunity arises to become an exclusive escort, she dives in without a second thought and soon climbs through the ranks enough to start her own VIP escort service. But she soon learns that the enticing world she once imagined – full of Polish celebrities, actors, singers, and models – is not all its cracked up to be.

RELATED: The Highest-Grossing Independent Films Of All Time

Despite the real-world inspiration and dark material, the trailer for Girls To Buy leans into the glitz and glamor of the lifestyle Emi herself buys into at the start of the movie. You can watch the trailer from VMI Releasing below:

It’s a different tactic from the one employed by the original Polish trailer, which has garnered nearly 3 million views – and which should be viewed with caution due to its adult themes. But it is an understandable choice, as audiences should be able to understand Emi’s mindset and the reasons she believes her choices are right before beginning to to unravel the seams of her story.

As the trailer for Girls To Buy already makes abundantly clear, the Polish film immerses itself in the decadence of the high-class lifestyle that Emi finds herself in. However, all that glitters is not always gold, and the dark underbelly of exploitative world she’s entered soon starts to rise to the surface. Girls To Buy stars Paulina Galazka (Playing Hard, Successful Woman) alongside Katarzyna Sawzcuk (The Lure), Giulio Berruti (Hitman’s Wife’s Bodyguard), and Katarzyna Figura (The Player, The Pianist, The Revenge).

VMI Releasing is the US distribution arm of VMI Worldwide, which was launched in 2021 and counts Burt Reynolds’ final film, the comedy Defining Moments, as its first release. Some titles they handled this year include the action comedy Double Threat, the horror thriller Those Who Walk Away, and the adventure film Escape Through Africa. Through their collaborative efforts, more independent and foreign films will be readily available for excited audiences in North America.

Girls To Buy will be screening in U.S. theaters and available on VOD July 15 through VMI Releasing.

Screen Rant has an exclusive first look at the English-language trailer for controversial film Girls To Buy, which topped the box office in Poland.