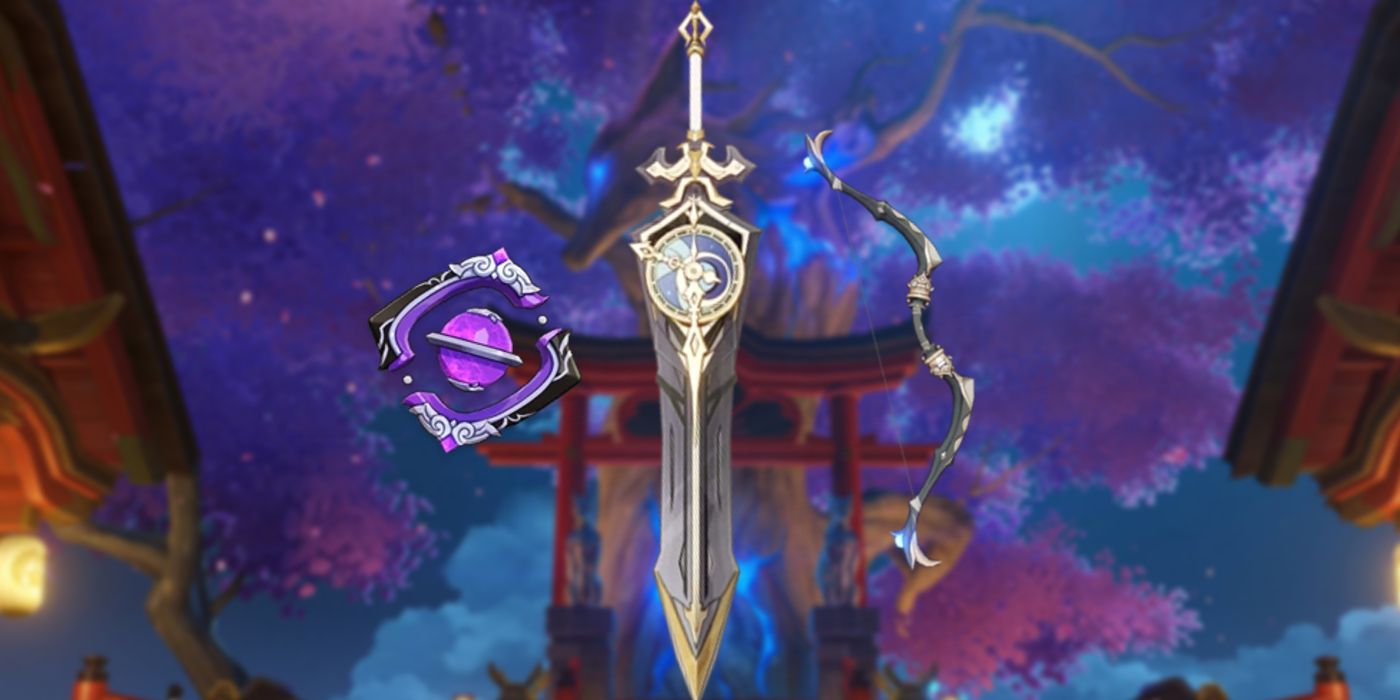 Picking a weapon for a character in Genshin Impact is an important choice since it dictates the character’s stats, strength, and maybe even playstyle. Picking the weapon that benefits a character’s strength the most helps the player be more powerful, yet not every weapon in Genshin Impact is the same. In regards to 4-stars, some are extremely strong, and others are not so great and get left behind in the dust.

Some 4-star weapons in Genshin Impact are so strong that having a 5-star weapon instead is simply a bonus. For example, while the Engulfing Lightning is the Raiden Shogun’s best weapon, “The Catch” is such a good weapon that players should not feel the need to pull for the 5-star weapon unless they really want it. Other 4-star weapons, like The Widsith and the Battle Pass weapons in Genshin Impact, are also very strong and can really bring up a character’s strength.

Related: Genshin Impact Characters That Have Never Had A Rerun

However, there are some 4-star weapons in Genshin Impact that are actually not very good. They have some redeeming qualities, like accessibility or a solid main stat, but for some of these weapons, the passive ability holds them back completely. Some 4-star weapons in Genshin Impact should only really be considered for use if the player doesn’t own anything better and should serve as placeholders until something stronger comes along.

The Bell is a rather infamous weapon in Genshin Impact. It is usually the center of jokes as the worst 4-star to pull in the game, and its reputation is not unwarranted. The Bell is a 4-star claymore with an HP% main stat and a pretty bland passive. Basically, when the equipping character takes damage, they gain a shield in Genshin Impact based off of their max HP and a small damage increase. While not useless, The Bell is absolutely a placeholder claymore. Currently, there are no claymore characters in Genshin Impact that even scale with HP, meaning that putting a claymore with HP% on any current claymore character is a complete waste of a stat. There are much better options, even for F2P players, since craftable weapons like the Prototype Archaic and Whiteblind exist.

The Royal weapons in Genshin Impact are a series of 4-star weapons that can be bought in the Shop using Starglitter. All of these weapons have an ATK% main stat with a passive that increases CRIT Rate, but this increase is reset when the equipping character crits. Simply enough, the inconsistency of these weapons is what makes them so bad, and really should not ever be bought from the Shop since the Blackcliff weapons are a much better option if the player is in need of a 4-star weapon, since at least the Blackcliff weapons have a valuable CRIT DMG% main stat.

A common pattern with some of Genshin Impact‘s worst weapons is that they have ATK% as their main stat. While it is not the worst since HP and DEF aren’t desirable on most of Genshin Impact‘s characters, stats like CRIT Rate, CRIT DMG, Elemental Mastery, and Energy Recharge usually have more value as stats. Some characters in Genshin Impact like Jean do scale well with ATK, though, and work well with those kinds of weapons, but these instances are usually outliers. To choose the most valuable weapon for a character, players should look at a weapon’s main stat, and also determine how effectively a character can utilize its passive. This way, players will be able to pick weapons that shine on their characters.

While a lot of Genshin Impact’s 4-star weapons are good, some of them are certainly lackluster in comparison and should be avoided if possible.