Andor: 10 Characters From Rogue One That Could Appear In The Series 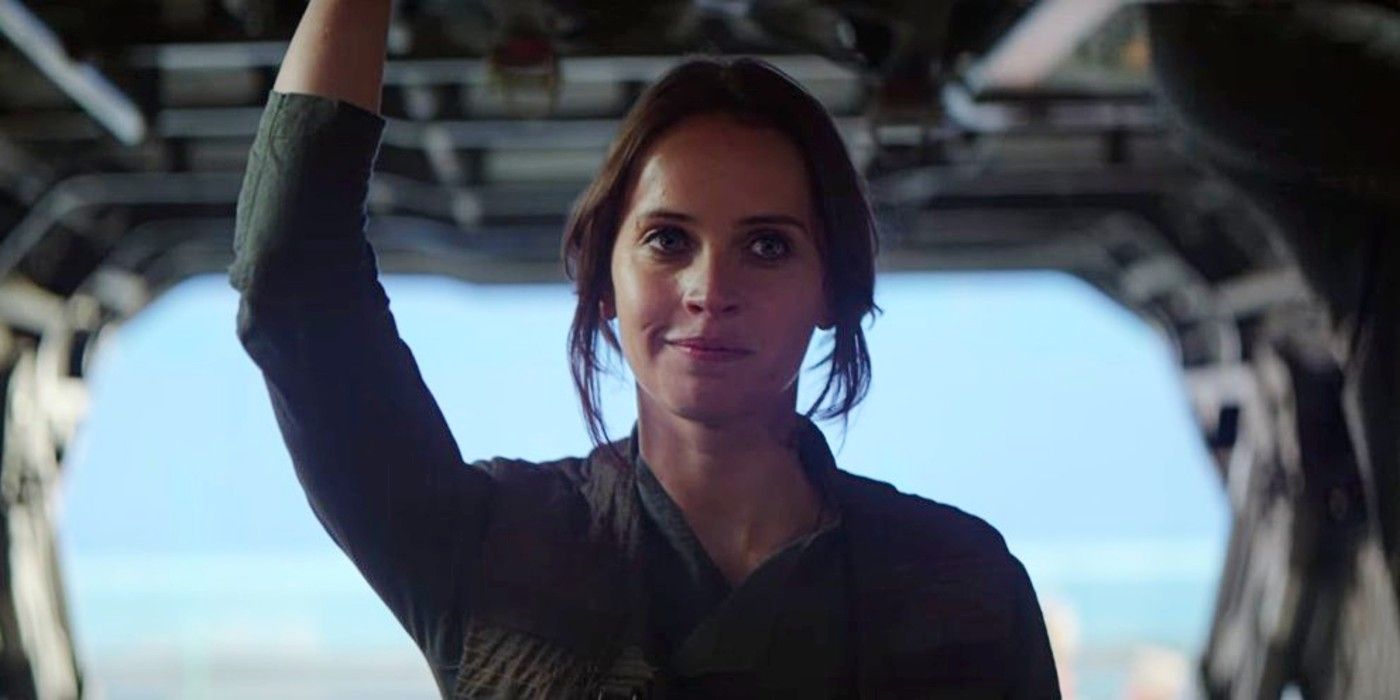 Andor: 10 Characters From Rogue One That Could Appear In The Series

2022 is seeing Star Wars delving into the world of streaming television in a major way, with the third of its live-action series of the year premiering this summer. Andor will follow the titular Cassian Andor in the years prior to his first appearance in the spinoff film Rogue One.

Given the tragic ending of Rogue One, most of the characters therein have never appeared following its release. However, since this series will take place just before the events of the film, Andor is the perfect opportunity to include cameos, or even extended appearances, from certain characters from Rogue One without compromising the original film’s plot.

Felicity Jones’s Jyn Erso was the protagonist of Rogue One, encapsulating everything about the Rebellion in a single character. As the daughter of the brilliant scientist and designer of the Death Star Galen Erso, Jyn was motivated by an intense desire to rescue her father from Imperial clutches after being separated from him for over a decade.

While Jyn is a character that fans would love to see appear again in Andor, her contribution to the series would have to be quite small in order to not compromise her story from Rogue One. However, a cameo wouldn’t be out of the question for one of the few Star Wars leads to only make one appearance in the franchise.

Chirrut Imwe and Baze Malbus, portrayed by Donnie Yen and Jiang Wen respectively, were two former Guardians of the Whills until the rise of the Empire. Even with the rising darkness in the galaxy, Chirrut never lost his faith, despite the skepticism of his friend. Some of the best fighters on the Rogue One team, these two go out in a blaze of glory during the Battle of Scarif.

Chirrut and Baze were standout fan favorites from Rogue One, making an appearance from the two best friends all the more likely in Andor. While they do not meet the eponymous Rebel hero until his mission to retrieve Jyn Erso, they could interact with different characters in the upcoming Disney+ series, perhaps setting up their story for Rogue One.

Despite Peter Cushing’s death over 20 years ago, Rogue One brought Admiral Wilhuff Tarkin with a completely digitally re-created body. In the film, Tarkin circumvents Director Orson Krennic, claiming the Death Star project as his own and rising to the rank of Grand Moff, which he holds during his appearance in A New Hope.

While Tarkin’s design fell firmly into the Uncanny Valley in Rogue One, Star Wars has worked diligently on improving its entirely-CGI characters, specifically Luke Skywalker in The Mandalorian. The technique is still far from perfect, but it is a vast improvement over what fans saw of Tarkin in 2016. Including the character in Andor using the new-and-improved method of digital recreation would be the perfect opportunity for Disney to show off its groundbreaking technology once more.

Riz Ahmed portrays former Imperial pilot Bodhi Rook in Rogue One. Disillusioned with the Empire, Bodhi defects from their ranks, joining with the Rebellion and eventually with the squad that would become known as Rogue One. He dies during the Battle of Scarif after an explosive is hurled into his ship, with the explosion killing him moments after he had sent a very important transmission to the Rebel fleet.

Bodhi Rook still has plenty of stories to be told prior to the events of Rogue One. The audience only meets him after he has made the decision to defect from the Empire and join the Rebellion. If he appears in Andor, the series could delve deeper into Bodhi’s reason for leaving the Empire and how he came into contact with the Rebels in the first place.

Admiral Raddus is a Mon Calamari officer within the Rebel Alliance. Strong-willed and unyielding, Raddus played a significant part in bringing the Rebel fleet to Scarif to aid in Rogue One’s mission to steal the Death Star plans. Raddus died in the aftermath of the Battle of Scarif as Darth Vader’s forces disabled his ship in an attempt to take back the stolen plans.

If Andor intends on exploring the Rebel Alliance prior to Rogue One, Admiral Raddus would be the perfect character to include in doing so. Raddus has few stories within the franchise, giving the showrunners plenty of room to explore his character without worrying about previously established canon. Additionally, his character could provide the link between Cassian and the Rebels that will inevitably become necessary as the show progresses.

Bail Organa is a vitally important character in Star Wars canon. As a senator for Alderaan and the adoptive father of Princess Leia, Bail was instrumental in the formation of the Rebel Alliance. Played by Jimmy Smits in the prequel trilogy, Bail returns for a cameo in Rogue One, where he appears on Yavin 4 amongst other Rebel leaders.

As fans can tell from the most recent teaser trailer, it appears as though Andor will explore the early days of the Rebel Alliance, with Senator Mon Mothma serving as a recurring character in the series. Bail Organa was close with Senator Mothma, with both serving as founding members of the Rebel Alliance, indicating that he too could show up in Andor.

Forest Whitaker’s Saw Gerrera was one of the first Star Wars characters introduced in an animated series to be adapted for live-action. A fierce and somewhat unhinged warrior, Gerrera sought to take down the Empire by any means necessary, being branded an extremist by even the other Rebels. Saw died when the Empire tested the Death Star’s laser on Jedha, specifically in the location of Saw’s hidden base.

Gerrera is one Rogue One character who is very likely to return to the Star Wars universe for Andor. Many fans feel as though Saw Gerrera was underserved in his original appearance, dying after only a handful of scenes. This upcoming series finally gives Lucasfilm the opportunity to correct this mistake and truly flesh out his character before his demise.

Mads Mikkelson portrays Galen Erso, Jyn’s father, in Rogue One. A brilliant scientist and engineer, Galen was recruited by the Empire to work on their top-secret project, the Death Star. Despite being forced to build this weapon of mass destruction, Galen hid a secret weak spot in the space station, the location of which could be found in the Death Star plans.

Galen Erso is one of the more interesting characters from the first Star Wars spinoff film, as he struggled with his duty to the Empire and his dissenting conscience. Andor would do well to include Galen in one or two of its episodes, giving Mads Mikkelson a chance to shine once more, as he had not nearly enough screentime in Rogue One for an actor of his caliber.

Orson Krennic is the primary antagonist of Rogue One, who saw the building of the Death Star as his pet project. Played by Ben Mendelsohn, Krennic’s entire reputation in the Empire hinges on the success of the Death Star, causing him to go to extreme lengths to secure its creation.

Krennic would make a fantastic antagonist for Andor should he return for the spinoff series. An appearance from this Imperial officer would flesh out the rivalry between himself and Cassian in their initial film, while also building up the coming of the Death Star, which pushes each of them into their stories for Rogue One.

Voiced by Alan Tudyk, K2-SO is a reprogrammed Imperial security droid that accompanies Cassian Andor on his missions. Sarcastic but caring, K2-SO joins the Rogue One squad on their mission to Scarif to secure the Death Star plans, eventually sacrificing himself so Jyn and Cassian can accomplish their dangerous goal.

As Cassian’s loyal companion, K2-SO seems like an inevitable conclusion in Andor. While the creators of the series have confirmed that K2 will not be allied with Cassian at the beginning of the show, there still remains the possibility of the droid’s introduction at a later point, perhaps even in a season 2.

NEXT: 10 Star Wars Projects That Could Reveal Mace Windu Is Still Alive

Andor is one of the most exciting upcoming series from the Star Wars universe, which could include some familiar faces from Rogue One.