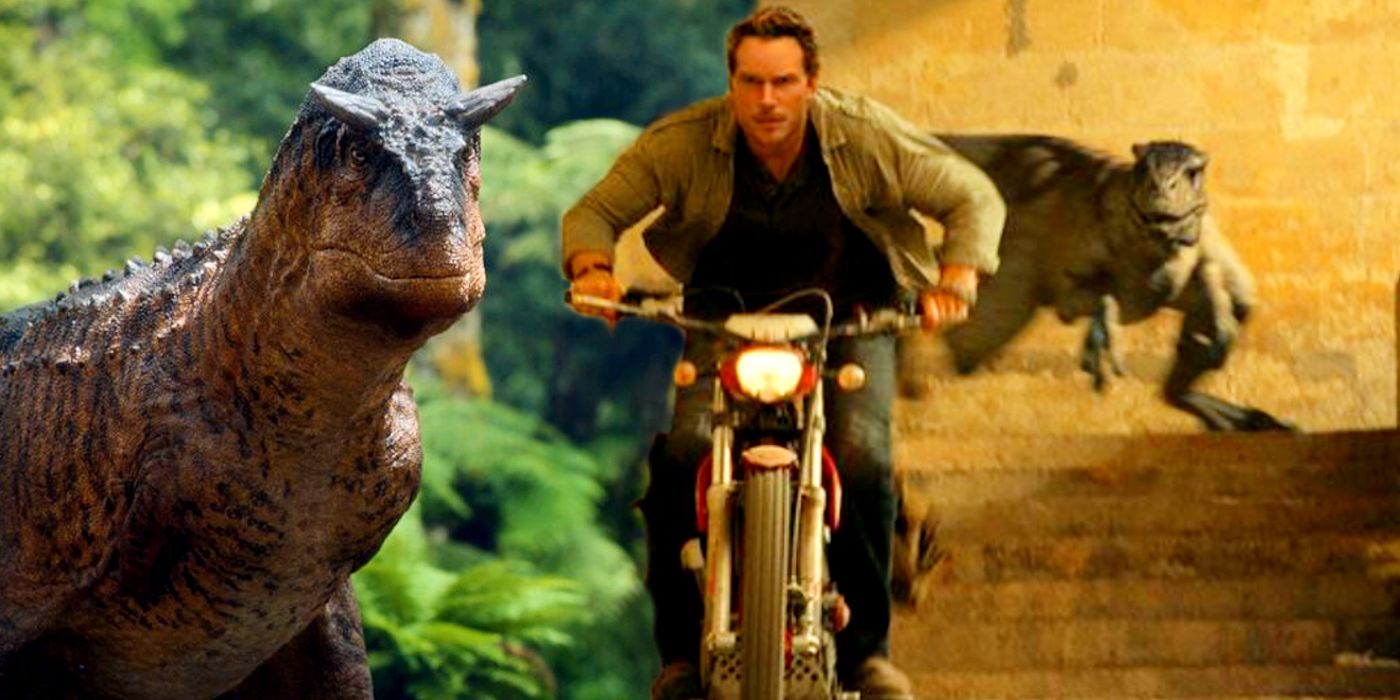 As with every entry in the Jurassic Park franchise, Jurassic World Dominion promises to up the ante once again with an ever-increasing array of terrifying monsters, yet there is now evidence that almost all of these creatures are far less intimidating than they seem. David Attenborough’s Apple TV+ series Prehistoric Planet is shining a light on the time of the dinosaurs like never before, and in so doing reveals more about their lives and behavior than ever. These scientifically accurate recreations are inadvertently undermining much of the Jurassic saga – including the danger posed by some new faces.

Prehistoric Planet apes the format of some of the famed British naturalist’s most well-known projects, including Blue Planet and Planet Earth, following several dinosaur species as they display a range of intriguing and realistic behaviors. By using digital technology and the latest scientific research, the show is able to bring an amazing range of lifelike dinosaurs to the screen. Through consultations with leading paleontologists, hitherto unknown behavior is put on camera, making the dinosaurs themselves feel much more well-rounded than the snarling monsters made famous by the likes of Jurassic Park.

Unfortunately for the blockbuster, these recreations often provide unequivocal proof that the real versions of Jurassic World‘s supposedly terrifying dinosaurs are often not only much less intimidating than the movies suggest but are even sometimes laughable. One example is the new atrociraptor. Despite being equipped with a terrifying-sounding name and presented as being bigger, chunkier versions of the saga’s notorious velociraptors, Prehistoric Planet proves that real atrociraptors were minuscule by comparison, covered in feathers and more closely resembled slender dodos than anything seriously dangerous. The same is true for the therizinosaurus, which is seen in the Dominion trailer stalking Bryce Dallas Howard’s Claire Dearing. By contrast, Prehistoric Planet features a comic sequence in which young versions of the new Jurassic World dinosaur repeatedly fall off a log while trying to steal some honey. In both cases, the more scientifically accurate dinosaurs undermine the sense of dread that Dominion is trying to create.

Prehistoric Planet‘s reappraisal of Jurassic World Dominion‘s dinosaurs is not just limited to new creatures. In several cases, Jurassic Park stalwarts are revealed to be vastly different from their franchise counterparts. Velociraptors, for instance, are not only shown in their true, turkey-sized form, but are also revealed to be fully-feathered and much closer to modern birds than lizards in appearance. While watching them hunt is still incredibly impressive, it’s equally clear that they’d struggle to take out entire groups of people as they’ve done so often throughout the cinematic series.

Equally, other less prominent Jurassic Park cast members are shown to be much more bizarre and inadvertently hilarious than the movies make out. In one particularly memorable Prehistoric Planet sequence, a carnotaurus (which was a key antagonist in the Camp Cretaceous spin-off) uses its vestigial arms in a bizarre and undeniably amusing mating display. After watching this performance, it’s significantly more difficult to take the animal as a genuine threat – despite the fact that carnotaurus remains a sizable and very toothy theropod.

The natural world is full of extraordinary and, to our eyes, weird behavior. As broadcasters like Attenborough have become more popular and better able to reveal the darkest corners of the earth, many once frightening animals have become far less horrifying. No doubt, Prehistoric Planet could serve as similarly effective PR for dinosaurs. It’s just unfortunate that, from Jurassic World Dominion‘s point of view, this effect risks ruining the impact of what could otherwise have been some of summer 2022’s most blood-curdling beasts.

David Attenborough’s new Prehistoric Planet series provides an accurate look at life during the time of the dinosaurs – and undermines Jurassic World.