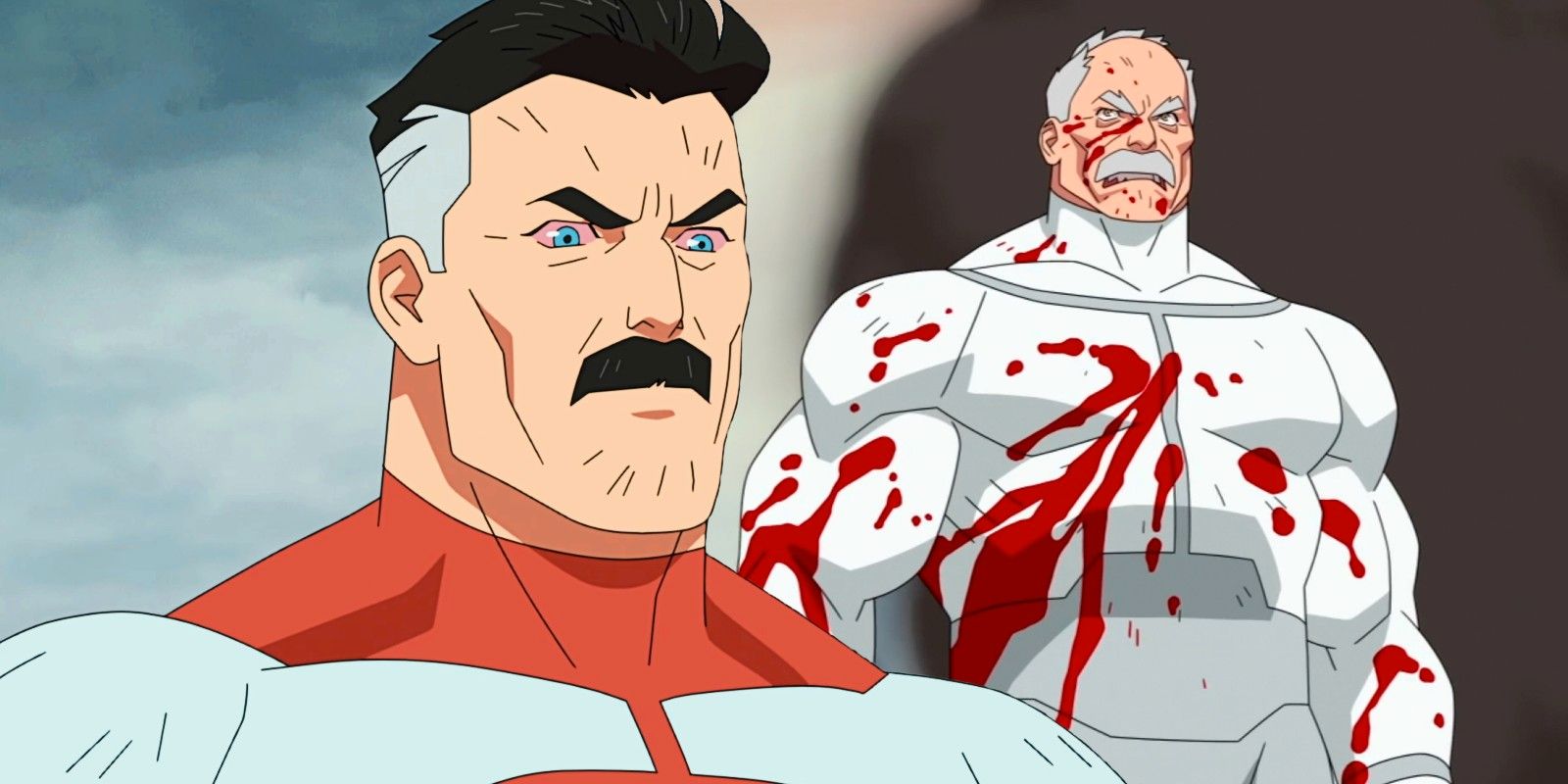 Mark Grayson will face many threats in Invincible season 2, and the animated show already teased three new Viltrumite villains that will challenge him. The first season of Invincible revolved around Mark learning to control his powers and the truth about his father Omni-Man and the Viltrumite race. While this culminated with Invincible and Omni-Man fighting across the globe in a bloody exchange where Omni-Man left Earth after not killing Mark, Invincible season 1’s ending included set up for many new and returning villains that will threaten the planet of Mark, his friends, his family, and all of Earth.

Major comic villains like Angstrom Levy will help Invincible season 2 raise the stakes, the Viltrumites are also expected to play a much bigger role. The first season only really featured Omni-Man as members of the powerful and brutal race. Mark’s father will return in the second season but in a very different capacity, opening the door for other Viltrumites to become antagonists. It is already confirmed that Conquest will be one of the evil Viltrumites who wreck Mark’s life in new ways, but Invincible has also already teased a few other Viltrumite villains who will aid him.

Three powerful and important Viltrumites were already briefly introduced in Invincible season 1. The finale included the truth about Incivible‘s Omni-Man’s origin and the bloodshed that occurred on Viltrum in the past. It is during the episode’s flashback sequence that viewers can quickly see Conquest, Kregg, and Thula from Robert Kirkman’s comics. They are each shown standing near a pile of dead Viltrumites, showing their strength and skill compared to the hundreds of fellow superhumans they dispatched. Conquest, Kregg, and Thula do not really do anything with their small screentime, but it still establishes them as part of the universe before Invincible season 2.

Of the three Viltrumite villains Invincible already introduced, Conquest is undoubtedly the biggest threat. He comes to Earth at a low point for Mark Grayson in the comics and plays a central role in another massive battle. This included Conquest seemingly killing Mark’s girlfriend Atom Eve, which pushed Mark to an even darker state of mind, resulting in Invincible believing he killed his foe. It is not until a bit later on that Invincible and Conquest face off again for an even more gruesome duel. Kregg is a Viltrumite General and is tasked with overseeing Mark’s progression of preparing Earth for Viltrum’s invasion. Thula is a powerful Viltrumite warrior who has a spear attached to the end of her ponytail to deal out even more damage.

After only seeing these characters for a few seconds in season 1, Invincible season 2 is in a great place to properly feature Conquest, Kregg, and Thula. Their appearances can be quite important to the overall story the show is telling. They can help reveal details like The Scourge Virus and pave the way for other Viltrumites like Thragg and Anissa to join the narrative. Ultimately, these Viltrumite villains in Invincible season 2 can also bring the show one step closer to the Viltrumite War.