Odin is a Better Hero Than Thor & Iron Man Combined, & Hulk Proves it 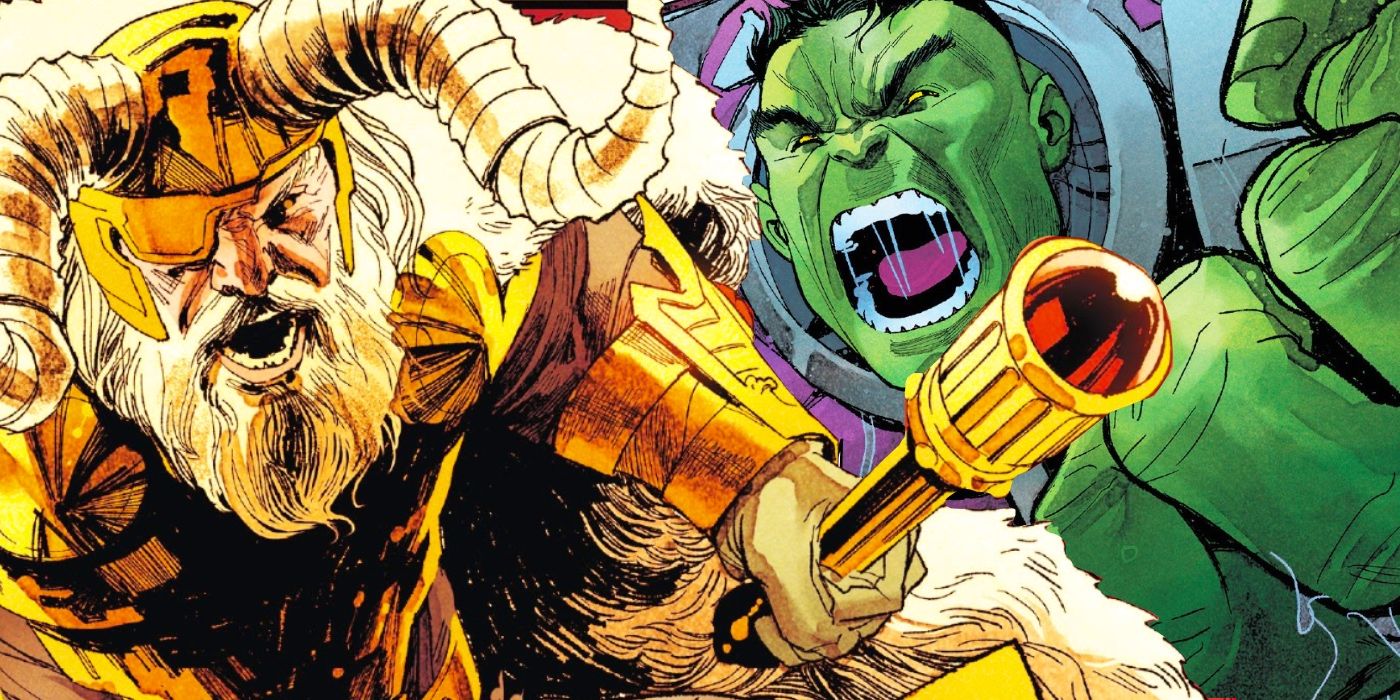 Odin is a Better Hero Than Thor & Iron Man Combined, & Hulk Proves it

Warning! Spoilers ahead for Hulk #7

In the latest chapter of Marvel’s Hulk vs Thor event, the God of Thunder’s father Odin is proving himself to be the crossover’s biggest hero (even more than Iron Man and his own son). While all signs point to the Hulk having gone on another brutal rampage, the former All-Father is the only one who’s been attempting to go deeper to learn the truth from Bruce Banner. As such, Thor’s decision to fight the Hulk (and receiving backup from Iron Man) might not have been necessary.

Previously in Hulk vs Thor: Banner of War, the King of Asgard decided to go after the Hulk who had allegedly gone on a killing spree in El Paso, Texas. Armed with his reformed hammer Mjolnir which now houses the spirit of Odin, Thor engaged Hulk in battle while intending to finally end the Hulk once and for all. However, Odin entered the Hulk’s mind to speak with Bruce Banner directly, learning that something far darker had taken hold where Bruce was unable to control his own body while also infecting those around him with the Hulk’s rage and gamma green complexion.

This brings things to Hulk #7 from Donny Cates and Martin Coccolo, the third chapter in Banner of War. Not only is Thor determined to destroy the Hulk, but the arrival of Iron Man in his new Celestial Hulkbuster Armor is only making things more heated with Tony coming to the same conclusion the God of Thunder has. However, Odin actively resists Thor by taking control of Mjolnir to stop Iron Man from killing the Hulk while also trying to reach Banner and learn more of the truth. Remarkably, Odin is the only one trying to dig deeper while actively trying to save the Hulk during this all-out brawl.

While Iron Man and Thor’s shared line of thinking is understandable given Hulk’s destructive tendencies they apparently can no longer tolerate, they’re both still heroes. Shouldn’t they be willing to give their friend the benefit of the doubt until it’s absolutely proven that Hulk intentionally killed those people in El Paso? The spirit of the former All-Father, who normally cares very little for Earth, is being far more heroic than either Thor or Tony (which is honestly quite surprising).

Since his spirit inhabits Mjolnir, Odin doesn’t even have a physical body and he’s doing more to uncover what’s really going on with the Hulk than two of the Marvel Universe’s biggest Avengers. If Iron Man and Thor took half the time to think and listen to Banner as the former All-Father has, the entire Thor vs Hulk event would be unnecessary and Thor wouldn’t have gotten himself turned into a Hulk himself by this new issue’s end. Here’s hoping Odin can talk some sense into his son Thor as well as Iron Man as Banner of War continues from Marvel Comics.

In Marvel’s Hulk vs Thor, the spirit of Odin is the only one actually trying to help the Hulk while Iron Man and Thor just want to take him out.